Why Did Paul Finish the Kingdom Preaching He Never Started? 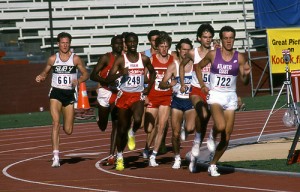 Did Paul Finish the Kingdom Race?

With many people, they have a
problem finishing what they start.

However, I don’t recall knowing
to many people who finish what
they don’t start.

Why did Paul finish the kingdom
preaching he never started? What
do I mean?

Well, if you have checked out the our most recent posts, you know that we have been tracking Paul’s “kingdom” preaching in Acts.

Efforts are underway to undermine the “preaching of the kingdom of

God,” by saying that Paul, nor the apostles ever preached the kingdom of God.

Did the Apostles Preach the Kingdom of God?

In other words, the logic is, if it can be demonstrated by the scriptures that the apostles never preached the kingdom of God, then that is proof that the kingdom was not imminent or soon to arrive in the time of the Apostles.

Now, I’m not certain who originated this thought, but it was also stated that the kingdom preaching in the gospels was only that which John and Jesus preached until his death.

The meaning of which is that Christ’s efforts failed, and that rather than establish the kingdom, he was crucified for his efforts, postponed the event until the Dispensationalists give the signal (which they hope is the true one the next time they announce it), that the kingdom is near.

So, a gallant effort was attempted by way of “poof” I mean “proof” that the apostles never preached the kingdom of God in the book of Acts, that Matthew 24:14, does not relate to the apostolic commission, and therefore has not been fulfilled, but awaits the “power from on high” i.e. the magic wand from Dispensational headquarters.

Now they are often enthusiastically waving this magical end time wand but no stars and sprinkles of glitter ever emit from it. It’s like “abracadabra” the world is about to end, then a swift zapping of the wand, and nothing happens!

See Butcher Knives and the Gospel of the Kingdom

We encourage you to read our last post on butcher knifing the gospel. An error got place in the title that it was a sub-prime-cut, but I liked it anyway. (I had changed the title and forgot to delete it.)

I submit to you that if Paul nor the apostles preached the kingdom of God, they did not preach the grace of God!

Finishing the Race in His Ministry

Now, let’s take a look at Paul’s commitment to complete the ministry he started. As we pointed out in the previous lesson from Acts 20:24–25, he writes:

But none of these things move me; nor do I count my life dear to myself, so that I may finish my race with joy, and the ministry which I received from the Lord Jesus, to testify to the gospel of the grace of God.

And indeed, now I know that you all, among whom I have gone preaching the kingdom of God, will see my face no more. Therefore, I testify to you this day that I am innocent of the blood of all men.

For I have not shunned to declare to you the whole counsel of God.

Paul affirms he had gone throughout Asia, preaching the “kingdom of God” and testifying of the “grace of God.” By the way, this is the book of Acts.  To have done less would be the failure to declare the whole counsel of God and to leave one’s hands dripping with blood of others.

The only “preaching” mentioned in this text is that of preaching the kingdom of God and this he calls the race of his ministry which he desired to finish.

As we progress through Acts, Paul stands to testify before the governor Felix for charges trumped up by the Jews that he taught a different hope than that found in the law, (Acts 24:13–15, 21).

Note carefully that his subject of focus was the resurrection of the dead. Underline that, as we’ll come back to it.

Next,  verse 25 says the following:

“Now as he reasoned about righteousness, self-control, and the judgment to come [about to come, —mellontos esesthai, Gk.], Felix became afraid.”

Now why would Felix fear a none imminent judgment. This is a simple matter of cause and effect.

Paul preached an imminent judgment about to come that terrified Felix. So, according to futurists, Paul told Felix, God is going to judge the world sometime in 2009 or after, so you better prepare to meet your God.  Yeah, right!

Now, back to the point, remember I asked you to make note that Paul preached about the resurrection, in verse 15? Well, he also used “mellein esesthai,’ Gk, the infinitive form of mello (about to be) to speak of the resurrection.

Also please note that 2 Timothy was written to Timothy who was in Ephesus, the same church Paul met with at Miletus to deliver the farewell address above.

“I charge you therefore before God and the Lord Jesus Christ, who will judge the living and the dead at His appearing and His kingdom.

Now it’s important to point out that once again, Paul uses the word mello, which means “about to be,” [mellontos krinein], which above renders the text, who is about to judge as it is the same meaning as in Acts 24:14, 25.

Paul therefore taught that God was about to judge the living and the dead (the resurrection, at his appearing, —the coming of the Lord, and at his kingdom. That is the kingdom of God.

More importantly, this is the race he wanted to finish and which he affirmed he had.

Therefore, in both Acts and 2 Timothy 4, finishing the race for Paul was completing the ministry of preaching the “about to come” imminent resurrection, judgment, coming of the Lord and kingdom.

Tomorrow, we’ll look at Paul’s preaching of the kingdom by preaching the glory of God, so stay tuned.

In the meantime, check out a great study that will definitely challenge your thinking while delivering the message in very down to earth comfortable teaching style.

Get your copy of THE LAST DAYS DVD 5 Vol. Set with additional PowerPoint CD, which includes a Power Point study guide to follow along with the 60 minute audio mp3, a Q & A fill in the blank template and glossary in a downloadble zip file or order hard copy CD and guides.