Who Is the Ancient of Days in Daniel 7? 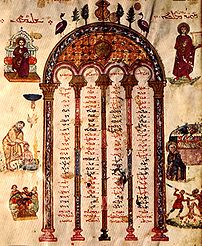 Daniel 7, a hotbed for eschatological theorizing,
continues to baffle commentators, past and
present.

The solution to the identity of the Ancient of
Days is in my opinion, one that is without
controversy.

The most common designation this obviously
Divine character is God himself. This view
largely stems from the reading of the text.

In the first rendering the Father is meant. In
the second it refers to the Son. Can we solve
this debate of Who is the Ancient of Days in
Daniel 7?

Have you ever overlooked the obvious when it
was right in front of you? Objects like eyeglasses
sitting on your desk, but you search all over the
house because you can’t find them.

Recently, I had difficulty finding the exit in the
airport. Over the weekend, I flew to San
Francisco, CA from Memphis.

The first stop was Minneapolis. It was a long
trek through the airport to the terminal. I made
it with no problem.

From there, it was off to San Francisco. Again,
no problem navigating my way through the airport.

On the return trip, I flew into Detroit. Again another
long trek for my connecting flight. Even took the
shuttle without getting lost.

But, making my way back to Memphis, I could not
recognize what was right in front of me, the exit
to baggage claim.

Instead I took a circuitous scenic stroll through
the airport before figuring out I was headed the
wrong way.

The exit was so obvious I missed it. But, I turned
around and retraced my steps and the within a
few steps of the gate from which I exited the
plane was the baggage terminal.

Well, that’s the way today’s topic is, a few steps
away. Follow the article and I will serve as your
tour guide to the solution to a problem that baffles
many.

The answer lies in how one approaches the text
of Daniel 7:13. The clues supporting the solution
we offer can be verified from several passages in
the New Testament.

But first, take a look at the clues from the text
which are:

The question, “Who is the Ancient of Days in
Daniel 7?, is answered by noting the natural
division of the chapter.

The chapter is divided into two main segments.
The first is the dream, 1–16. The second is the
interpretation of the dream, 17–28.

To interpret divine dreams requires divine
inspiration. As noted in Daniel chapter 2,
“There is a God in heaven who reveals secrets.”

God had made known to Daniel the interpretation
of the image in chapter two. (2:19, 28). Why
should we expect anything different here?

Daniels own words express his utter inability to
interpret the dream.

“I, Daniel was grieved in my spirit within my body,
and the visions of my head troubled me.” (v. 15)

How did the prophet spell apocalyptic relief? He
asked God for the answer. Simple enough? We
think so.

“I came near to one of those who stood by, and
asked him the truth of all this. So he told me and
made known to me the interpretation of these
things.” (7:16).

Ah!, What a revelation? What an ingenious
method for understanding the scriptures. Just
ask God for the answer.

Daniel yet walked away with a headache after
hearing the meaning of the dream, but now its
cause is not from ignorance or not knowing.

Rather, it is from knowing what the dream meant.
What follows in verses 16–27, is God’s answer
to Daniel.

Luckily for us, the clues to the identify of the
Ancient of Days is found in this section.

Whatever may be the obscurity in translating
the Hebrew in verse 13, is eliminated by the
more lucid text in verses 21–22:

“I was watching; and the same horn was
making war with against the saints, and
prevailing against them

until the Ancient of Days came, and a
judgment was made in favor of the Most
High, and the time came for the saints
to possess the kingdom.

In the vision, the saints are Christians who
engage in battle against the little horn. There
is no possible way this could happen in A.D. 30.

Many want to make it the Ascension of Christ
to the Father, but their was no war going on
between Christians and their enemy.

Why, because their was no enemy of Christians
prior to Christ’s ascension (Acts 1:11). Why? It’s
because there were no Christians before he
ascended to the Father.

Thus, no judgment could be rendered to stop an
ongoing battle against the saints (Christians)
and the little horn at that time.

That forever rules out Pentecost of A.D. 30 as
a viable solution.

The battle continues until a judgment is rendered
in the saints favor against the little horn with
they were at war.

The focus is the eschatological judgment resulting
in the kingdom being awarded in their favor. See
Matthew 25:31–34.  At the coming of the Son of
Man, the saints inherit the kingdom.

Thus, according to the interpretation in the vision,
it is the Ancient of Days who comes in judgment.
That refers to Christ, not the Father.

Further evidence for this view are the parallels
texts in the gospels. Matthew 24:30, speaks of
the coming of the Son of Man in judgment upon
Jerusalem in A.D. 70.

The text is quoted from Daniel 7:13. Jesus, in
this verse, identifies himself as the Son of Man
who comes as the Ancient of Days in judgment.

Because the Jews knew this figure reprented
a Divine being in the apocalyptic imagery, is
evidence from Caiaphas’ charge that Christ,
again referring to the Danielic text, blasphemed.

But Jesus kept silent, And the high priest
answered and said to Him, I put you under
oath by the living God: Tell us if You are the
Christ, the Son of God!”

Jesus said to him, It is as you said. Nevertheless,
I say to you, hereafter you will see the Son of
Man sitting at the right hand of the Power, and
coming on the clouds of heaven.”

The text is a direct allusion to Daniel 7:13, and
the coming of the Son of Man. Jesus claim to
be the Ancient of Days, hence a divine being
resulted in his conviction of a crime worthy of
crucifixion.

Finally, the book of Revelation gives clues as to
the true identify of the Ancient of Days. Once
again, their can be no mistake that Christ is the
reference.

Consider the description of the Ancient of Days in
Daniel 7:9. He adorns a garment white as snow,
and hair like pure wool.

Compare the vision in Revelation:

Chapter 1:13, shows the High Priest, i.e. the
Most High, among the seven lamp stands, and
in their midst, one like the Son of Man. . .

“. . . clothed with a garment down to the feet
and girded about the chest with a golden band.

His head and hair were white like wool, as white
as snow, and His eyes like a flame of fire;

His feet were like fine brass, as if refined in a
furnace,  and His voice as the sound of many
waters.”

This is the description of the Ancient of Days.
The identity is unmistakable. The Son of Man
is the Jesus, the Christ

19 Responses to “Who Is the Ancient of Days in Daniel 7?”

Click here to cancel reply.
« When Does Jesus Come in His Kingdom?
Does Zechariah 13 Prophesy 2 Billion Will Die? »