When Was the Old Covenant Fulfilled?, Part 2 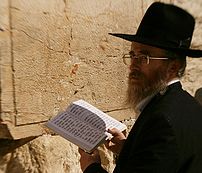 Eschatology in the Old Covenant

In order to determine when was Old Covenant
fulfilled?, we must come to some consensus
about the meaning of fulfill.

When ordering Barbecue, I call my local small
store-front restaurant, -you know, the one with
about 10 to 15 crowded tables, that do more
take out orders than sit in.

I order two rib dinner plates, one for me and
one for my wife. But I get to eat one-and-a
half plates of ribs because she can’t eat a
full plate!

They take down everything I want on the order, ribs, slaw, barbecue beans and bread. That’s a standard order. When I go in to pick up my order, I expect it to be filled exactly as I ordered it. My order was my command.

Now what does it mean to fulfill that order? What if I went in and received only one plate of ribs? What if I

got both plates of ribs but no side orders. Would you call that a fulfillment? I wouldn’t. Rather, I would say someone “destroyed” or set aside my order.

But worse, what if they only gave me two plates of slaw, barbecued beans and bread, but not one single rib on either plate? Have you ever driven all the way home with an order you forgot to check and realized that it was not fulfilled, especially with the most important part?

Well, that is what happens with those who say the law passed away at the cross. They are getting the slaw and barbecue beans without the ribs. They are leaving off the most important parts involved in fulfilling the Old Covenant.

This is why we named this series, When Was the Old Covenant Fulfilled?

Without fulfilling the eschatology of the Old Covenant, the entire law become null and void. Why? It is because the Old Covenant prophesied the resurrection. Paul writes, if the dead are not raised, then Christ is not raised, faith is vain, and the Corinthians were yet in their sins!

Therefore, to fulfill the law of Moses, means to fulfill the resurrection of the dead. It turns the law into a “let us eat and drink for tomorrow we die,” proposition. The following expands this thought further.

The Law of Moses Defined By Christ and the Apostles

When books of Moses are properly referred to the Law, it is important to note that the Prophets and the Psalms merely expand the teachings of the law. They are the interpreters and expositions of the Moses’ Law.

The Christ and the Apostles viewed the law in this manner is evident from the following texts:

The Jews Quote Psalms as the Law

Paul Cites the Psalms, Ecclesiastes and Isaiah as the Law.

Thus, the Lord and the Apostles viewed the Old Covenant as one. Also, observe, the genre from which they quote. Jesus quotes Psalms, Paul quotes from the Penteuch, and also from prophesy!

This confirms that prophecy is also the law.

A quick glance at the Penteuch should settle that matter. Gen. 3:15, prophesies the coming of Christ and the crushing of Satan. Exodus prophesies the reign of Christ, Num. 25:19.

Peter quotes Deuteronomy and references all the prophets as having foretold of the last days.

For Moses truly said to the fathers, ‘The Lord your God will raise up for you a Prophet like me from your brethren. Him you shall hear in all things, whatever He says to you. And it shall be that every soul who will not hear that prophet shall be utterly destroyed from among the people.

Yes, and all the prophets, from Samuel and those who follow as many as have spoken , have also foretold of these days.” (Acts 3:22–24)

When Was the Old Covenant Fulfilled?, Part 3

In Part 3, of When Was the Law of Moses Fulfilled, we expand upon how “The Law, the Psalms and the Prophets,” merge to include the all that God requires  as absolutely necessary for the law to pass.