What is the Eschatological Impact on Salvation? 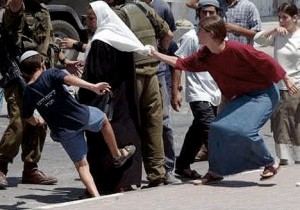 What is the eschatological impact on salvation? The first time I encountered the word eschatological was in the eighties during an eschatology (from which the word is derived) seminar. What is eschatology? The best way to define eschatology is by breaking the world down into its two major component parts.

Eschatos means last or final. Logos means word or study. Taken together it is the word or study of last things. Those last things, biblically speaking refer to the return of Christ, commonly in both Jewish eschatology and Christian eschatology.

Obviously, former group do not believe that Jesus has come the first time and therefore certainly not a second time. Most Christians believe the eschatological coming of Christ is future. This had a direct impact on salvation as we demonstrate below.

Establishing the Eschatological Impact on Salvation

It is common in Christian theology to assume that salvation is a punctilear versus a linear action as we encounter it in the New Testament. Largely, in Amillennial churches, salvation occurred in the sacrificial death of Christ, total and complete.

The idea of an inaugurated eschatology that accomplishes inaugurated salvation is by many deemed heretical. Yet, the following texts clearly emphasize the post-cross future of salvation in scripture.

The eschatological focus of each text above cannot be denied. Yes, there are many more found in the New Testament. Eschatology is essential to salvation. Without the completion or consummation of the eschatological prophecies, salvation is not complete.

The Eschatological Consummation and the Death of Christ

This is not meant to cast reflection upon the death of Christ. Without the cross there could be no eschatological consummation. However, without eschatology, the cross of Christ would likewise be incomplete. This is no better expressed than in Hebrews 9:28, a text which focuses both on Christ’s death and return.

So Christ was offered once to bear the sins of many, To those who eagerly wait for Him He will appear a second time, apart from sin, for salvation.

The offering of Christ is His sacrificial death on the cross. The eager awaiting is for (eis) in order to salvation which completes the atonement purpose of the cross. Many in the Christian churches eagerly await the coming of the Lord.

Click here to cancel reply.
« What Are the Gifts Without Repentance?
Are The Spiritual Gifts in the Bible Operative Today? »