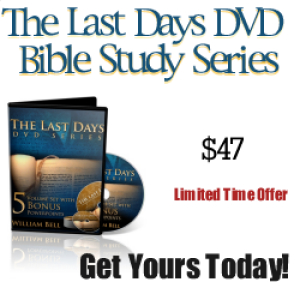 The eleventh hour prophecy found its way into a discussion of retributive prophecy focused on the failings of a nation to uphold the principles of God. This is the work of what is styled contemporary prophets or prophecy.

The claim is made that God revealed several warnings over a period of three years describing the impending fate of Great Britain for the sins of the nation. These are “secret” prophecies. In searching for evidence in the Bible of the eleventh hour prophecy, we come up short. The nearest discussion of the eleventh hour is found in only two verses in the New Testament.

These verse do speak of an impending judgment. Further, it is a national judgment. However, no evidence exists for a contemporary application.

The Eleventh Hour Prophecy in Scripture

The kingdom of heaven is the subject of the eleventh hour prophecy in scripture, (Matt. 20:1f). The narrative unfolds with laborers who agreed to work for a denarious a day. The landowner hired idle works during several interims of the day. Finally, he found a group at the eleventh hour who remained idle and he hired them also, promising to pay the same wage as those hired earlier. This created dissension among the laborers who complained that others should not be entitled to the same pay.

The landowner reminded them that they all had agreed to an amount of pay for their labor and that is what he paid them. So, they had no complaint. His rationale was that it was lawful for him to do what he wished with his own things.

Like the future prophecy of the United States, there is no mention of the eleventh hour prophecy regarding Great Britain. The parable, which could be styled prophetic addresses those who were first called to the kingdom. This applies to the Jews of Jesus’ day. The latter hour recipients more likely refer to the dispersion (northern tribes) who had been scattered among the Gentiles and were being called back to God in the last days of the nation just before it was destroyed by the Romans.

“As He says also in Hosea, “I will call them My people, who were not My people, and her beloved, who was not beloved.’ And it shall come to pass in the palace where it was said to them, you are not my people, there they shall be called sons of the living God.”( Rom. 9:25-26)

The claim that the eleventh hour prophecy is contemporary prophecy runs counter to the Biblical declarations about prophecy. All inspired prophecy was committed to writing and is recorded in the Bible. No prophecy is deemed contemporary as all is now fulfilled. See Luke 21:20-22, 32. Jesus made it clear in the message to the disciples that all prophecy would be fulfilled when the nation of Israel was destroyed in the first century A.D.

Daniel tells us that at the same time, all prophecy and vision would be sealed and cease. “Seventy weeks are determined for your people and for your holy city…to seal up vision and prophecy, and to anoint the Most Holy,:(Dan. 9:24) This refers to the same time and event Jesus mentioned above. God prophesied through Zechariah that after that time, anyone who yet prophesied would be ashamed of their vision (it would not come to pass) and is a speaker of lies, (Zech. 13:1-5). The eleventh hour prophecy is not supported in the Bible.

Tags: 2012 prophecy, Bible, End Times Prophecy, prophecy of the future of the United States 2012, the eleventh hour prophecy
« Are These The Last Days?
What Is the Rapture? »