What Did Charting the End Times Miss On the Rapture of the Church? 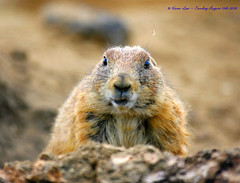 One of the most important elements of events is time, i.e.
when is that event going to occur. Everything in life is an
event in that everything occurs or exists in time.

What Did Charting the End Times Miss on the Rapture of
the Church? One of the most important elements of the
event, —time.

Charting the End Times, a very graphically pleasing book
of charts on eschatology authored by Tim Lahaye and
Thomas Ice, devotes a chapter on the Rapture. It is there
purpose to “chart” the time of the end, i.e. when the last days

events will occur. They begin with several points on the events of the rapture beginning with John 14:3.

I Go To Prepare A Place For You

In fact, John’s Gospel has a very significant focus on the tabernacle imagery of the Old Testament. (See Exodus 25:1f)  It is no accident that of Christ John wrote that He was made flesh and “tabernacled among us,” John 1:14).

This idea connects with his words of chapter 2:19, “Destroy this temple, and in three days I will raise it up.” However, this was a statement the Jews did not understand, nor did Christ’s disciples understand until after his resurrection.

Chapter 14 has as it’s background, Haggai 2:6–8, where the prophet spoke of the building of a new temple whose glory would be greater then that of Solomon’s.

Certainly the temple rebuilt by Zerubbabel and which caused the old men to weep at it’s lack of splendor and glory did not qualify, (Hag. 2:3), even with Herod’s embellishments of 46 years.

What Did Charting the End Times Miss On the Rapture of the Church? – Haggai’s Little While

Haggai threw a “monkey wrench” into the rapture ready end times charting program which LaHaye and Ice omit from their book. He expressed that the time for the preparation period would be completed in a little while, once it began.

Haggai was charting the end times, long before the two “signs of the rapture” authors went to print with their book. Christ quotes Haggai in John 14–16, the entirety of his “going away, coming away” message.

He uses the “little while” phrase several times. In fact, it was so prominent in the discussion of his going away that the disciples questioned it in their minds.

The Lord, knowing their thoughts brought the subject out into the open. thus when Christ spoke of going to prepare a place, he said he was only going for a little while and afterward would return in a little while. (John 16:16–19).

But the little while doesn’t provide enough time to get all the fancy rapture charts found in the book, so they leave it out! Go figure. With the “little while” inserted, there is simply not enough time for them to be caught up in the clouds.

Other References to the Little While

We’ll continue to look at John 14 in the next post so stay tuned. Be sure to add your comments and take a moment to bookmark and comment on the blog post using the icons below. Thanks in advance.  If you’re a blogger and you want to make the process easier, check out this new commenting tool.

One Response to “What Did Charting the End Times Miss On the Rapture of the Church?”

Click here to cancel reply.
« Are You Thirsting for Righteousness in the Kingdom of Heaven?
Seeing Too Much Rapture in the Gospel of John 14:3? »