What Were Moses’ Secrets of Successful Living? 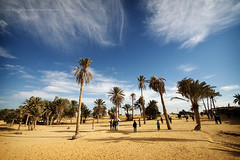 By any definition, Moses‘ life was a tremendous success. Success leaves footprints for others to follow. While many examples from Moses could be chosen, for our purposes, we will select three. Before we examine them, let’s take a look at some of the factors in Moses background to show that one can succeed in spit of many obstacles. Moses was born into slavery. He then became a basket case, being placed in the Nile River. He lost his job of being prince of Egypt, became a fugitive after murdering an Egyptian for cruelty, and for 40 years lived in the desert.

He might have been nothing more than a memory in the mind of a few enemies until that fateful day when distracted from his work out of curiosity, stepped aside to see a burning bush that was not consumed. Moses meets God and from that time forward, his life dramatically changed. This change led to a successful mission of leading his people from bondage to freedom in the land flowing with milk and honey.

Moses Sacrificed All That He Had

Success is measured by  many accomplishments in life. It may be measured by what people build, destroy, accomplish, become or obtain. Yet, one may be successful in all of these and yet be the biggest loser in life. “For what profit is it to a man if he gains the whole world, and loses his own soul? Or what will a man give in exchange for his soul?” (Matthew 16:26-27).

From the day Moses was fetched from the Nile by Pharaoh’s daughter, he secured his material wealth. Never would he have to lift a hand in labor. Educated in the best universities of Egyptian wisdom at the time, he excelled, (Acts 7:22). To this day, the world profits from Moses’ material inheritance. However, he chose to give it all up to obtain a greater reward.

While Moses’ wealth looked appealing, it was tainted with sin, idolatrous worship and human cruelty. He refused it for a greater success, (Hebrews 11:24-29)

So that others who wanted to succeed in life would not have to reinvent the wheel, Moses left 5 books authored by God that described his experiences and philosophies of life in do’s and don’ts to be successful.  With 613, do’s and don’ts for all areas of life and scores of applicable “ancedotes” and stories in applying them or failing to do so, those after him had no excuse for failure.

“This Book of the Law shall not depart from your mouth, but you shall mediate in it day and night, that you may observe to do according to all that is written in it. For then you will make your way prosperous, and then you will have good success.” (Joshua 1:8). Moses ensured the generation after him would continue to move forward.He left a success journal for them to follow.

Moses Secured The Future By Selecting and Mentoring A Capable Successor

The task of leadership is unfinished until one ensures that the generations to come can benefit from that legacy. Short-sightedness, lack of diligent effort and poor decisions cause many otherwise great causes to wither and die. Moses planned well for Israel’s future. He saw to it that they would survive until the for the ultimate promise of Christ to deliver the nation from their greatest malady of sin would be achieved.

Through the capable leadership of Joshua, he passed the baton of leadership and ensured that generations after him would prosper. “A good man leaves an inheritance to his children’s children, but the wealth of the sinner is stored up for the righteous.” (Proverbs 11:22)

Moses moved an entire nation to better housing, living conditions and an abundant supply of better food. He managed his personal life well even through the midst of insurmountable obstacles and challenges of people and places. He mentored a leader for the well-being of future generations.