The Promise of the Spirit and the Blessing of Abraham

In the previous study we examined the promise which God made to Abraham. We established that the promise of Gen. 12:3 was not land but justification by faith according to Galatians 3:7.  In other words, God defined Genesis 12:3 and what it meant to be blessed by Abraham. Some want to confine this blessing only to Israel. But that cannot be correct.

It’s because God said, “And the Scripture, foreseeing that God would justify the Gentiles by faith, preached the gospel to Abraham beforehand saying, “in you all the nations shall be blessed. So then those who are of faith are blessed with believing Abraham.” (Gal. 3:8-9).

Our point here is that whatever the promise is, it is for both. There is no exclusive right to Israel in the promise of Abraham through the gospel. Those who teach such reject the gospel in favor of those who do not believe.

God Blesses Those Who Bless Israel?

This statement is abused by John Hagee of CUFI and many others both Christian Zionists and those who are not. What Hagee means by the statement is that God blesses Zionism, a political ideology of racism and exclusivity based on land and ethnicity. 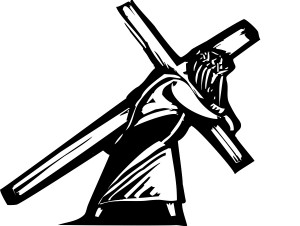 Paul makes the argument in Galatians 3:14, that Abraham’s promise comes upon the Gentiles in order for Israel to be blessed. In other words, the Gentiles must receive the blessing of Abraham so that the promise of the Spirit can be received by Israel.

Peter argues the same at the Jerusalem conference when brethren came down from Antioch to Jerusalem seeking to impose the Judaism upon the church. He stated. “So God, who knows the heart, acknowledged them by giving them the Holy Spirit, just as He did to us, and made no distinction between us and them, purifying their hearts by faith. Now therefore, why do you test God by putting a yoke on the neck of the disciples which neither our fathers nor we were able to bear? But we believe that through the grace of the Lord Jesus Christ we shall be saved in the same manner as they.”

Whatever saved the Gentiles would save Israel. God certainly had not given Palestine to the Gentiles at the time of this text. In fact, just the opposite. Peter makes clear they were not given temple rituals and the land. Whatever God gave the Gentiles is what he was giving to Israel. He personally gave the Spirit to the Gentiles to show there is no difference between Israel and the Gentiles. It was the end of exclusivity.

This shows how significant it was for the Gentiles to be saved. Without their salvation, Israel’s salvation would not have been consummated. That is the “mystery” of the gospel.

Sons of God and the Inheritance

As we pointed out in the previous post, the privilege and blessing of becoming a son of God entitled one to the inheritance. What is the inheritance? It is life, –life from the dead. It is God and Christ in whom are life and immortality.

Is the law against the promises of God? Certainly not! For if there had been a law given which could have given life, truly righteousness would have been by the law. (Gal. 3:21)

The Promise of the Spirit

Tags: The promise of the Spirit