The Law of Moses and Colossians 2-14

When Did the Law of Moses End? 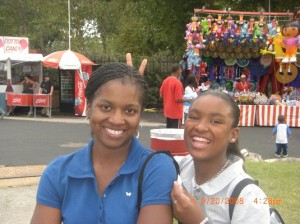 This is the 4th study on the law of Moses and Colossian 2:14, where we continue with the relationship of baptism, resurrection and the end of the Law. See the previous study on Colossians 2 where we discussed baptism and resurrection. The implications of that study have an important significance for the end of the Law of Moses. It is suggested by many, particularly in the church of Christ that the Moses’ law ended when Jesus died on the cross.

Often they cite Colossians 2:14 as an example of the law being nailed to the cross with a claim suggesting that marked it’s fulfillment. We propose to demonstrate some problems with that view. The foundation we laid in the previous studies are important and we suggest you refer to the previous three blog posts.

The Law of Moses and Dying to the Flesh in Colossians 2:11

The first problem we encounter with the claim that Col. 2:14 teaches that the Law of Moses was fulfilled and completely done away at the cross is concept of dying to the flesh. It is clear that Paul speaks of dying to the flesh in being circumcised by the circumcision of Christ made without hands. What is equally clear is that this circumcision is scripturally joined to the time the Colossians are buried with Christ in baptism.

So, we have a dying to the flesh which cannot be denied is related to baptism. This is the body of flesh that is put off in dying with Christ.

The Law of Moses and Death to the Flesh in Romans 6-7.

When Paul speaks of dying in the Romans letter, he likewise has baptism in view. As in Colossians, it is the means through which the believers enter the death of Christ. Equally, they put off the body of sin that it might be destroyed. However, God’s long-suffering does not allow that body to be immediately destroyed for much “wheat” would be uprooted in a premature harvest.

Therefore, in Romans 7, he again takes up the subject of dying, only here it is dying to the flesh through the law. “For when we were in the flesh, the sinful passions which were aroused by the law were at work in our members to bear fruit to death. But now we have been delivered from the law, having died to what we were held by, so that we should serve in the newness of the Spirit and not in the oldness of the letter” (Rom. 7:5-6).

Paul says when they were in the flesh the sinful passions were aroused by the law of Moses bearing fruit unto death. But, if Jesus’ death freed all who were under the Law from the Law of Moses, then they were no longer in the flesh. Now it is obvious that for both the Romans and the Colossians, their baptism into Christ occurred after Jesus’ death. So, if they were delivered from the Law in 30 AD, i.e. from the flesh, then why does Paul say, that in baptism they put off the body of flesh?

The Law of Moses

How did the Jews reenter the flesh, if Jesus put away the law of Moses at his death? Did they need deliverance from the flesh twice, once when Jesus died and again later when they were baptized? This is important. To separate the time of deliverance from the law of Moses by saying that all men were free from the law when Jesus nailed it to his cross, is to create a dichotomized or double-dipping of sorts into the realm of the flesh.

It would suggest that Jesus’ death was both insufficient and it certainly means that the saints were not complete in Christ.

If the first time did not deliver them from the flesh or allowed them to reenter it, what proof is their that the second time around would work. Those who attempt to take the law of Moses away at the cross must face the dilemma of two distinct deliverances from the flesh, one in 30AD, and one decades later at the baptism of the Colossians.

Click here to cancel reply.
« Baptism and Resurrection in Colossians 2
Christ Is The End of the Law for Righteousness »