The Glory of Christ and the Resurrection 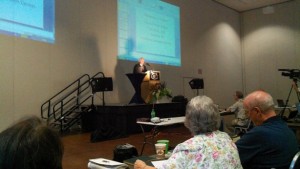 For this study, we will take a look at a text which emphasizes the spiritual nature of the glorious resurrection which was about to be in the first century.

“If then you were raised with Christ, seek those things which are above, where Christ is, sitting at the right hand of God. Set your mind on things above, not on things on the earth. For you died, and your life is hidden with Christ in God. When Christ who is our life appears, then you also will appear with Him in glory. (Colossians 3:1-4).

Here we have a text which directed the first century church to look to the completion of the work that had begun in the saints. This theme of beginning and consummating the salvation of the saints is evident in both the gospels and the epistles.

Paul encourages the church in view of their being raised from sin-death (Colossians 2:11-13). The resurrection the Colossians experienced via Paul’s words, “If then you were raised, points back to their baptism into Christ where they had put off the body, –not their physical bodies, but the “body of the sins of the flesh.” From a cursory reading, many assume this process of putting off the body of sin was immediate and completed in the act of baptism. For first century pre-parousia Christians it was not.

Paul expresses the future progressive putting away of this body of sin in Romans 6:6. “Knowing this, that our old man was crucified with Him, that the body of sin might be done away with, that we should no longer be slaves of sin.”

According to A.T. Robertson’s Greek Grammar of the N.T. the phrase, “might be done away with” is subjunctive case, which is the case of the future. In the verse preceding (v. 5) and a verse following, (v. 8), the real future of the event is expressed. “We also shall be in the likeness of his resurrection.” “We shall also live with Him.”

Many no doubt see these two verses as referring to a future resurrection of the physical body from the ground or even the rising from the waters of baptism. However, unless the church were yet holding their breath under water when Paul wrote, they had been baptized at some time in the past. It was an established fact. However, they were yet to be raised/live (as a consummated act) with Christ.

The baptism of the saints initiated them into a new status as sons, (Gal. 3:26-27). See where those under the law were considered servants in bondage, (Romans 8:14-17, Gal. 4:3-7). There is a direct correlation between the status of sons and the inheritance to which they were entitled.

When God called Israel out of bondage in the Exodus they were made sons by natural birth as the descendants of Abraham. Their natural birth or sons status entitled them to the inheritance they received in Canaan. It was a physical land designed for people in the natural realm. The inheritance was suitable in nature to the sons for whom it was designed.

In like manner, the sons of God are spiritual. They were born again, not of the flesh, but of the Spirit. Their inheritance must likewise correspond in nature to the sons who inherit it. This is what Paul has in mind in his writings and particularly in Colossians 3:1-4. His admonition to set their minds on things above refers to their inheritance and citizenship which at the time was in heaven, Philippians 3:20; 1 Peter. 1:4-5, Hebrews 10:34; Revelation 22:1-2.

Because of the spiritual nature of their status as sons, the [Jewish] world did not know or believe they were true worshipers of God. Paul, before his conversion, sought to imprison and have them put to death for blasphemy. In like manner, the Jews did the same to Christ, not understanding his spiritual relationship to the Father, 1 Corinthians 2:8; 1 John 3:1.

Resurrection –For You Died

Paul then speaks to living members of the church in Colosse and says they died and were hidden. What a concept? Can you imagine looking at a person, or an entire group of people who all are physically alive, breathing with all vital signs showing and in full view saying they had died and were hidden? What kind of death was that? What kind of hiding was it? It certainly could not be physical? They were not playing hide and seek or peek-a-boo behind the bushes.

What was hidden was their spiritual status as sons of God. They were in the very same position Jesus was in when he was confronted by the Jews who called him a blasphemer. His divine status as God’s Son was hidden from the view of the Jewish world because of their blindness. They only saw his physical status and relationship. As a result they crucified him. Likewise, they persecuted and killed many in the church because of this lack of understanding.

Appearing With Christ in Glory

How do the hidden saints appear? It must be obvious that they are humiliated by their enemies via the persecution and ridicule. See Hebrews 10:35 for some of the things which they suffered because the world did not know them. Where was the life that they had? It was hidden with Christ in God. What kind of life was that? Certainly was not their physical life. Everyone could see that. You can’t persecute a spirit.

That event would forever separate the true worshipers from the synagogue of Satan, (Revelation 2:9; 3:9). That is when the life that was hidden in Christ would appear in glory. It is the consummation of their salvation (1 Peter 1:9; Hebrews 3:6; 9:28)and the completion of their deliverance from the body of the sins of the flesh. It is the life hidden that is revealed. Their spiritual lives/status as sons was hidden. Their spiritual lives/status as sons was revealed.

Resurrection and the Manifestation as Sons

Tags: All Things Fulfilled, Colossians 3. resurrection of the dead, coming in glory, for you died, William Bell Jr
« McDurmon Preston Debate |Joel McDurmon’s Affirmative John 5-28-29
Resurrection and the Firstfruits of the Spirit »