The Body Is Sown In Corruption When and How?

The Body Is Sown In Corruption 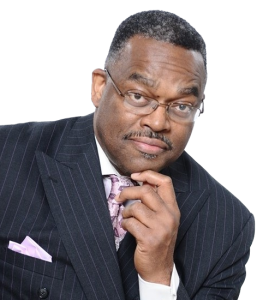 In the study of eschatology, the resurrection of the body is the subject of heated debate. Perhaps because we are so inseparably connected to our bodies, we are deeply invested in what happens to them in what is called the end times.

Expositors generally take it for granted that bodily resurrection is about the transformation and morphing of our physical bodies into spiritual ones. This is not the subject of our current study. In this segment on the body is sown in corruption, we will focus on the sowing in continuation from our first article. See “What Does Sowing The Body Mean?”

When is The Body Sown In Corruption?

There are two major views on when the body is sown. The first views death as the time of the sowing. See John 12:24 and 1 Corinthians 15:36. Those texts state the seed (body) is sown when it is cast into the ground and dies. However, this view raises insurmountable problems when the physical or “biological” body is the subject of the sowing. Why? It’s because, the body or seed must be alive when it is sown. Farmers do not sow dead grain. Thus, to follow Jesus and Paul’s statement and analogy, requires one to bury the body alive to sow it according to these texts.

Proponents of the IBV (individual body at death view) recognize this as a major setback to their view of the resurrection of the physical body. However, the statements above are divinely inspired. Rather than adjust their views to align with divine inspiration, they change what it means to sow the body. They believe and teach that sowing the body means to give birth. Thus, for them, it is birth, and not death which determines when the body is sown.

IBV Teaches the Body Is Sown In Corruption At Birth

Let us examine the premise that the body is sown in corruption at birth. “Corruption” is generally interpreted to mean the “dying process” of the seed or its “decaying process” after death has set in. This means that if the body is sown in birth, then the entire lifetime of the individual is the period and process of sowing the body. This process does not end until death.

Here is what the Scripture tells us: What you sow is not made alive unless it dies. So, even if one makes the starting point of sowing physical birth, no resurrection can occur, and no sowing is complete until death occurs. However, some have pointed out, that if the sowing process is a lifetime process of dying, why is not the resurrection a death time process of rising of equal length and time?

Also there is no consistency in the time it takes to sow the body because that is different for every individual unless they die in some mass genocide, catastrophe or normal coincidence.

We are told by most interpreters who study the resurrection and the results of sin in the garden, that physical death came as a result of sin. This is problematic for the “sown at birth” view. If the body is sown in corruption, then it is corrupt at birth. How else could it be sown in corruption? We are told that the body has to be redeemed from the bondage of corruption because it is yet under sin. Does not this mean that the body is under the power of sin from birth if the body is sown at birth? Is this not Calvinisim, i.e. the doctrine of original sin?

Moreover, death would occur as a direct consequence of being born in corruption, not because of sin. Are babies born in corruption? The net result is babies are born in sin and the body is corrupt from and as a direct cause of birth.  This is the logical conclusion whether they have committed one transgression or not.

Birth Is Equated With Creation

Perhaps someone will argue, Adam was not born, but created, and that is why sin began with him, and through him passed upon all his posterior, thus passing down through birth. The problem with this reasoning is that it fails to consider that “birth” in scripture is also called a “creation”. “Christ is the firstborn from the dead, the beginning of the new creation of God.

And He is the head of the body, the church, who is the beginning, the firstborn from the dead, that in all things He may have the pre-eminence.” (Colossians 1:18)

“And to the angel of the Laodiceans write, ‘These things says the Amen, the Faithful and True Witness, the Beginning of the creation of God”. (Revelation 3:14)

From these texts, it is clear that birth, beginning, is equal to “creation”. Thus, Adam’s creation was the equivalent of His birth.

Birth Is Equated With Resurrection!

“Saying, Teacher, Moses said that if a man dies, having no children, his brother shall marry his wife and raise up offspring for his brother”.

Note, that the word offspring is from the word “sperma” or seed. Also, the word “raise up” is from the verb anastesei, from anastasin or resurrection. Thus, the seed (sperm) of the brother is raised up, i.e resurrected in the birth of the child. Here again, the Bible calls the birth, a resurrection, not the sowing of the child. The seed is sown, when the male impregnated the woman with his seed.

In Hebraic thought, a barren womb and childless father was considered “dead”. Hence, when the Bible spoke of Abraham and Sarah before Ishmael and Isaac were born, it referred to Abraham’s body as “good as dead” or dead, and the “deadness of Sarah’s” womb,  (Romans 4:19). To bring forth out of nothing is “creation”. So, the birth beginning of a child is resurrection, creation, in that the child came out of nothing or a barren womb or was raised up from seed sown.

Ed Stevens, a major advocate of the IBV position has erred greatly in his paper, Resurrection in 1 Cor. 15:1-49. He writes. “However, other commentaries remind us that the sowing is referring to the birth of the person into the world. (His emp.)

In the same paragraph, and without one Scripture to support his claim, he contradicts Paul, saying, “Thus Paul is saying that humans are sown into the world at their birth.” (his emp.) What is interesting is to see Stevens yet propounding these views after this writer directly challenged him and refuted them years ago in our email exchanges. Stevens realizes he cannot successfully affirm and defend his IBV view of resurrection if the sowing of the body occurs at death. He states this before making the above statements on 1 Corinthians 15:36.

Watch the Video to See How Birth Is A Resurrection

“Some commentators are puzzled here in verse 36 by Paul’s statement that the seed does not die until after it is sown. Since those writers think the sowing of the seed is the burial of the body in the ground, the implication is that people were being buried alive, they were being sown into the ground before they died.” So he is well aware of both Paul’s statement, and of the problem he has with it. Thus, he has to make “sowing the body in corruption” mean “birth” and not “death”. We have Scripturally demonstrated the fallacy of that premise.

Summary of the Body Is Sown In Corruption

We’ve shown that sowing the body is not equated with birth or new life but with death. Birth is the time of creation, a beginning and a resurrection from death, literally and metaphorically. It is not the time of sowing. Colossians 1:18; Revelation 3:14, both demonstrate Christ’s birth from the death equals his beginning of the new creation and his resurrection. This is problematic for the IBV position and totally refutes it. It convolutes the sowing (dying) and turns it into the beginning of life. There are more dire consequences to the body is sown in corruption at birth paradigm which we will cover in the next article.

Tags: 1 Corinthians 15:36, Ed Stevens, IBV, Individual Body at Death, Resurrection, the body is sown in corruption
« What Does Sowing The Body Mean?
Are We Sown In Corruption From Birth? »