The Aorist Subjunctive In 1 Corinthians 15

Does Paul Use The Aorist Subjunctive In A Didactic Context? 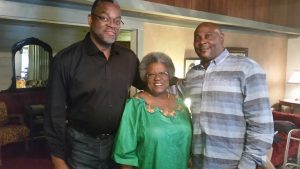 While most of the attention has been on 1 Corinthians 15:49 (See the previous article, nicknamed the Obituary). The best MSS all carry the “Omega” (long o) in phoreomen making it aorist subjunctive, and thus to be rendered as hortatory.

According to Ray Summers, “The hortatory subjunctive is the use of the first person plural to exhort others to join us in an action. “elthomen eis ton ikon,” “Let us go into the house”. This is exactly the form found in 1 Corinthians 15:49. It is aor. 1, subj. 1st per. pl. The translation would be “Let us bear”.

While Stevens and many scholars who prefer the “future tense” found only in a few damaged and otherwise “junk” MSS, the weightier evidence favors the subjunctive. Not only do we have the aorist subjunctive used in 1 Corinthians 15:49, but it is also used in verse 32. This has some interesting evidence for our consideration.

“If, in the manner of men, I have fought with beasts at Ephesus, what advantage is it to me? If the dead do not rise, “Let us eat and drink, for tomorrow we die!’”

Now observe, that Paul is “teaching” in this chapter. Yet, he uses the aorist subjunctive, “let us eat and drink”. The Greek word is phagomen, 1st per. pl. aor. 2 subj. of phago aorist form of esthio which means to eat and drink. Paul therefore exhorts the church “let us eat and drink”. This is the same form used in 1 Corinthians 15:49 for the second verb phoresomen. It is the hortatory, the very construction Stevens says does not exist in 1 Corinthians 15!

Observations From Paul’s Use of the Hortatory In 1 Corinthians 15:32

Paul is using the positive based upon the condition that if the resurrection were not true, then “let us eat and drink” as the proper translation of the aorist subjunctive. However, since he is establishing the resurrection as fact, then the exhortation actually teaches the opposite. So his intended meaning is, “Let us not eat and drink, for tomorrow we live” or we do not die or perish in death as others without hope. In other words, by emphasizing the negative, he does not change the use of the aorist subjunctive, but rather adds emphasis to his point.

This totally questions the accuracy of Stevens’ claims that Paul could not use the hortatory “Let us bear” in 1 Corinthians 15:49. If it could be used in v. 33, by what law is it forbidden in v. 49? None!. It is the desperation and despair of the IBV advocates who need a future tense here to give them some false shred of hope. Not only do the best MSS fail to support Steven’s conclusion, but the inspired text speaks loudly against it.

The use of the aorist subjunctive in this text is “ingressive”. It means that the process of putting on the new body was already underway. This was the first point I brought up in my earlier discussions of this verse with Stevens years ago. Not only had the putting on of the new body began, but so had the putting off of the old body. We have shown repeatedly how this occurred through baptism.  We also shown how the word “epi enduo” means to pull down one garment (body) over the existing one.

The putting off of the old body, i.e. the old man is the defeat of the ministration of death. The saints had already begun this activity noted in the fact that death was “abolished” 2 Tim. 1:10 with the putting off of the body of sin, Col. 2:11. However, the process was not complete until the parousia, 1 Corinthians 15:26, 42, 49.

Watch All Videos In This Series

In the next verse 34, Paul wrote, “Awake to righteousness, and do not sin; for some do not have the knowledge of God. I speak this to your shame. Awake is from eknepsate, 2 per. pl. aor. imper. Obviously, this is a command. Paul speaks to the same individuals and commands them to awake from the dead, i.e. awake to righteousness. David expressed the resurrection as an awakening to righteous.

“As for me, I will see Your face in righteousness; I shall be satisfied when I awake in Your likeness.” (Psalm 17:15).   Isaiah wrote: Awake, awake!  Put on your strength, O Zion; Put on your beautiful garments, O Jerusalem, the holy city! For the uncircumcised and the unclean shall no longer come to you. Shake yourself from the dust arise; sit down, O Jerusalem! Loose yourself from the bonds of your neck, O captive daughter of Zion.” (Isaiah 52:1-3)

This means that the individuals participated in the putting on of their new body, a process which was already underway. It began in their baptism when they began putting off the old body and putting on the new. It was being sown in corruption and it was simultaneously being raised in incorruption.