The Antichrist Revealed – Who Is It? 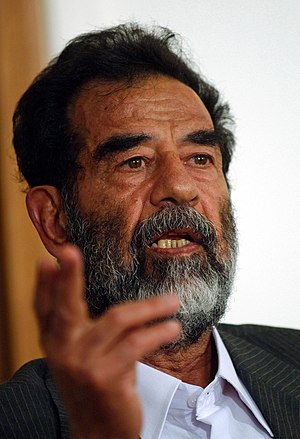 Mussolini of Italy was called the Antichrist. So was Hitler, Stalin, Saddam Hussein and George Bush to name a few. This is a fad that will not cease any time soon. It is another fruit of futurism. Whenever the endtime is projected into the future, we must look for some evidence in the present to confirm those beliefs. So what does the Bible say about the Antichrist revealed?

Historical Context of the Antichrist

To properly understand the timing of the this man of sin, we must look at the historical context which surrounds him. He does not originate in a vacuum of time. Daniel 7 provides ample clues as to his time in history. Futurist expositors have understood this and are forced to create an end times program that focuses on the recreation of the historical setting for the lawless one.

Daniel 7 mentions four Gentile kingdoms of history in this order, Babylon, Medo-Persia, Greece and Rome. The fourth or latter kingdom is the scene, not only for coming of the Antichrist, but also for the coming of Christ. As Daniel considers the four beasts, Rome being that “dreadful and terrible, exceedingly strong beast with the huge iron teeth devouring and breaking in pieces everything in its path, his attention is drawn away by the “little horn” who comes up among them.

Now this is a great clue to the identity of the Antichrist.  Daniel considers the horn (which are kingdoms). How many was he considering? Four, the lion (Babylon), the bear (Medo-Persia) the leopard (Greece) and  the 4th great and terrible beast (Rome). Therefore, when he says a little horn came up among them, he indicates that the little horn is a 5th kingdom which existed in the time of and concurrently with not one, but all four kingdoms. Again, this is critical to the mystery of the Antichrist revealed.

The idea that the Antichrist is someone of recent origin, separate and apart from this history in Daniel is what keeps his identity a mystery to both the majority of the religious and secular world. This longstanding horn or kingdom eventually makes war with the kingdom of Christ.

The Antichrist Revealed in the Battle Against Christ’s Kingdom

As the chapter progresses, we note that it is during the days of the fourth beast (Rome) that the little horn makes war against the saints. Therefore the setting for his activity is with historical Rome when he fights against the church. As modern futurist commentators recognized this Roman connection, they invented the doctrine of the reestablishment of Rome through the 10 confederate nations forming the European Union. Only that confederacy did not cooperate. Besides being in the wrong time, it continued to grow as a confederacy to include more than ten nations. At last count it was about twenty five countries.

What have we heard about it lately in Bible prophecy? Not much. They don’t talk about it any more because it so obviously doesn’t fit the prophecy. Now, their attention is turned to Iran. Why is this? Because they haven’t got a clue. Again, the mystery of the Antichrist revealed is not in the future but in the past.

This battle between the Antichrist and the saints continues until Christ (the Ancient of Days) comes in the clouds (Dan. 7:13-14; 21-22) and a judgment is given to the saints of the Most High, i.e. to the kingdom of Christ, or the church.

Clues in the New Testament

“Little children, it is the last hour; and as you have heard that the Antichrist is coming, even now many antichrists have come, by which we know that it is the last hour. They went out from us, but were not of us; for if they had been of us, they would have continued with us; but they went out that they might be made manifest, that none of them were of us.” (1 John 1:18-19). What is John saying? He is saying, here is the Antichrist revealed. Mystery solved. No further need for speculative theories.

The Antichrist Revealed in the Last Hour

John says he knew it was the last hour because the Antichrist already had come. He did not have President Obama in mind, nor George Bush or any other leader of modern history. John spoke of events then current, saying that the Antichrist was already in the world, (1 John 4:3) had infiltrated the church, then left it, (1 John 2:19).  However, if one chooses not to believe John’s words, then the Antichrist Revealed will always be a mystery that continues to embarrass those who assign people of modern history to events of the past.