The Acceptable Year of the Lord 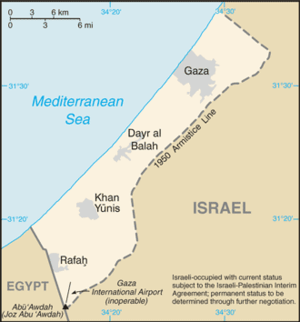 The Acceptable Year of the Lord. A major failure of end times prophecy teaching is the inability to make the transition from national geo-centric Israel to spiritual Christo-centric Israel.  It is the chief source from a biblical view for the support of Dispensational Zionism. Ultra-literalism describes their method of interpretation. Stephen Sizer points out that often when quoting texts, Dispensationalists supply their interpretation right in the text. (Zion’s Christian Soldier’s, p. 34)

For example, when Hal Lindsey writes of the holy place in Matthew 24:15, he adds the words [the rebuilt temple]. Yet, no where in verse 15 is there any indication of a rebuilt temple. In that verse, the subject is the destruction of Herod’s then existing temple of which Christ had just spoken particularly in (Matt. 23:37-38. 24:2). In other words, when using the gloves of scripture, “if it doesn’t fit, you must force it.”

The time for the fulfillment of the prophecy is the day of the Lord, i.e. in “that day.” When the day arrived God would sound the trumpet. Now, we ask, is this trumpet to be taken literally? If so, when did it sound? How did the nations as far away as Assyria and Egypt hear it? Was such a blast heard in 1917 at the signing of the Balfour Declaration? Did it sound in 1948?

The Regathering of Israel

Jeremiah spoke of the regathering of Israel as the time when David, the Branch, of righteousness would reign. At that time God would gather His flock out of all the countries where He had driven them.

The above verses speak of the time when God would gather his people. It is when he raises up David, the Branch. Isaiah 11:1 says the Branch, is he upon whom the Spirit of God rests. Both John, the Baptizer, and Jesus identified the Lord as the one upon whom the Spirit of God remained, (John 1:32-33; Matt. 3:16; Lk. 4:18). The timing of the coming of the Spirit is critical in the identification of the Branch setting the stage for the time of the blowing of the trumpet.  The Spirit came in the first century.

At the time Jesus entered the synagogue in Nazareth, he cited both Isaiah 49:8-9 and 61:1-2. The first text speaks of the acceptable time in which God would restore the land to Israel. The second speaks of the acceptable year of the Lord, i.e. the year of Jubilee when liberty is proclaimed to the captives and the day of vengeance comes. This was the work of Jesus’ last days ministry, setting the stage to fulfill the prophecies of Daniel’s 70th week.

Peter announced that the Holy Spirit, poured out in the last days began on Pentecost, (Acts 2:16-120) in fulfillment of Joel 2:28-32. Paul affirmed it would continue until the end of the Old Covenant age, (1 Cor. 1:7-8) the time of Jerusalem’s fall by the Romans in 70AD.

This identified the times of the regathering of Israel. As Isaiah 11 further states “in that day” Jesus, the Christ, the root of Jesse would stand as a banner to the people; For the Gentiles shall seek Him, and His resting place shall be glorious. Also, “in that day” meaning in the time of the eschatological Spirit, “It shall come to pass in that day that the Lord shall set His hand again the second time to recover the remnant of His people who are left, from Assyria and Egypt, from Pathros and Cush, from Elam and Shinar, From Hamath and the islands of the sea.”

The Acceptable Year of the Lord – Jubilee

The countries mentioned here are the same as those for Isaiah 27:12-13. The time is the same, the day of the blowing of the trumpet, the outpouring of the Spirit, the regathering of Israel and the coming in of the Gentiles. Paul quotes Isaiah 11, in Romans 12.  According to Leviticus, the sounding of the trumpet in the acceptable year, i.e. Jubilee occurred on the 10th day of the seventh month, on the Day of Atonement. That is the time they proclaimed liberty throughout all the land of Israel to all its inhabitants allowing each one to return to his possession, and each to his family. (Lev. 25:9-10).

Jesus quotes from that same text in Matthew 24:31, to speak of the gathering of God’s elect from the four winds at the sounding of the trumpet. And He will send His angels with a great sound of a trumpet, and they will gather together His elect from the four winds, from one end of heaven to the other.” Now with marked precision, the Lord tells us the very generation in which he would both come and regather Israel and the Gentiles. “Assuredly, I say to you, this generation will by no means pass away till all these things take place.” (Matt. 24:30).

Now we see why Lindsey has to write “of rebuilt temple” into Matt. 24:15. It is a blanket admission that Dispensationalism does not fit the Bible time frame for the regathering of Israel into the land. It runs counter to the words of Christ, the prophets or the apostles. They all pointed to the first century as the time of fulfillment.

Finally, the irony of it all is that the Christian Jews who lived in Jerusalem were selling their land as fast as they could, (Acts 2:43-44). They knew Jerusalem and the temple were about to be destroyed in their lifetime. More importantly, they knew that in Jerusalem, “they had no abiding city” but sought the one about to come, i.e. the heavenly Jerusalem, (Heb. 13:13-14, 12:22-23).

If Dispensationalists really believed we are living in the end times and that God was gathering Israel  why are not the Zionist’s selling their land in Jerusalem, as they did in the first century? Those Jews knew the Jerusalem of which the prophets spoke was spiritual and heavenly. They knew the temple was spiritual and heavenly, a house not made with hands, which the Lord built and not man.

They knew the priesthood was being change from the Levitical to the tribe of Judah, which also demanded the changing of the law to the new covenant which God would write on the hearts. Most importantly, they knew that the ark of the covenant and the relics of the old temple would not come to mind, nor ever be visited or made anymore.

4 Responses to “The Acceptable Year of the Lord”