Ten Commandments And The Law of Moses

The Ten Commandments in the Bible 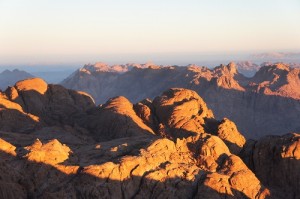 I want to make a few observations about how some seek to separate the ten commandments in the law of Moses from the prophets to justify a future return of Christ.

One example of this is the view of some that the Law only refers to the ten commandments found in Exodus chapter 20. Not all agree with this, but many do. This becomes quite apparent when they are seeking to ridicule and refute fulfilled  end times prophecy.

But the Old Law has been fulfilled and completed when Jesus came. Gal. 3:23. But before faith came, were were kept under guard by the law, kept for the faith which would afterward be revealed.

Therefore the law was our tutor to bring us to Christ, that we might be justified by faith. But after faith has come, we are no longer under a tutor.”

Several observations should be made in reference to the list of the ten commandments as used here.

Jesus and Paul had a much broader view of the Law compared to the above restriction to the ten commandments..

Jesus Referred to the Psalms as the Law

Have I not written in your law, I have said, you are gods? (John 10:34) He quotes from the Psalms and calls it the law. The Jews never questioned him about it. They never protested and said, don’t you know that the law is only the ten commandments found in Exodus 20?

Further, it is quite obvious that the Psalms are not listed in the ten commandments!

In the law it is written, with men of other tongues I will speak to this people and yet for all that they will not hear me, says the Lord. Paul quotes not from the Decalogue but from Isaiah 28:11-12. He calls it the Law.  Isaiah also is not found in the ten commandments of Exodus 20.

Paul spoke about women’s behavior and said they were not to speak but also be in silence as the Law also said. From what did he quote? Was it not Genesis 3:19?

Addressing the Text in Galatians

The reasoning on Galatians goes along this line. Paul said the law was our tutor to bring us to Christ, but after faith has come we are no longer under a tutor. The reasoning goes something like this. The people in the Old Covenant were shut up under the law until Jesus came and brought salvation through faith. When faith arrived, the law ended. This is a bit naive.

Let’s examine the context. First and foremost, Paul is speaking of Jews, i.e. Israel. He says the law was “our tutor” to bring “us” to Christ. It is they [Jews] in this context who were shut up to the faith for it was Israel exclusively who were “under the law.” (Rom. 3:2).

With this in mind, we read the next statement: “But after that faith has come, we [Jews] are no longer under a tutor.

So what do we make of the text? The Jews are no longer under the law! How many Jews were under the law, a dozen, a thousand, or all of them? So, does this text teach that all the Jews were (1) free from the law and thus (2) justified by Christ? No, to both. Yet, that is what some force the text to teach.

What is overlooked and ignored by some is how the Jews were released from the law and how they became justified by faith. The answer is in the two verses which follow: For you are all the sons of God by faith in Christ Jesus. For as many of you as were baptized into Christ have put on Christ. (Gal. 3:26-27).

That is how the Jews became “sons of God” and equally how they became free from the law. It was through dying to the law by dying with Christ through baptism (Rom. 6:3-4; Col. 2:11-12).

Ten Commandments Sabbath Yet Binding on Jews in 60AD?

The final point of discussion is the Sabbath. Those who claim the law ended by misreading texts such as those above, likewise misapply Colossians 2:16. Paul admonished the church not to allow anyone to judge them in food or in drink, or regarding a festival or the sabbaths.” (Col. 2:16) Note these are Jewish regulations, but his appeal is to the church (believers who were baptized).

He says no one was to judge them in Jewish regulations. But, what did he include in those regulations? The Sabbath Days! Now the Sabbath days were a part of the ten commandments. So, why is this language about not being judged by it? The next verse tells the story.

Paul says they “are” a shadow of the things about to come. Do you know most brethren in the churches of Christ fellowship read this verse in the past tense? They read it as though it says which things “were” a shadow. That is adding to the word of God. It is a deliberate at worst or unconscious at best, rewriting of the text. “Are” is a present tense verb and “were” is past tense. One suggests something present, and the latter something past.

Did the Holy Spirit understand what he was speaking about when he said the regulations of the Jewish law “are” a shadow, when writing beyond Pentecost as late as the 60’s A.D.? Is this a direct reference to the Sabbath or the ten commandments?

How could they be a shadow if they did not exist? How could they have been fulfilled and past if they were yet present? These are issues that many do not have the courage to face.This is a major sticking point and their best response is to ignore it and to keep teaching what they always have to maintain status quo.

The Ten Commandments In Summary

Jesus taught that Psalms is the law. Paul taught that Isaiah and Genesis is the law. The law was a tutor for the Jews to bring them to the faith of Christ that they might be justified by faith.

Not all Jews came to Christ.

Therefore, not all Jews were released from the bondage of the law. Colossians 2:16-17 shows the Jewish regulations including the Sabbath were yet binding on Israel.

They were a shadow of things about to come even as late as 60 A.D., because Paul used the term “are [present tense] a shadow.”

To argue therefore that the Christ has not come a second time because the law is fulfilled ignores these fundamental passages. If his coming is future, i.e. the things about to come are yet to come, then the “shadow” is yet binding and the ten commandments are yet in effect.