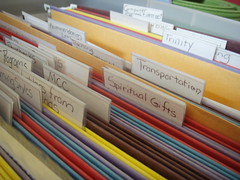 Spiritual Gifts and Apostolic Authority What’s Missing? That something was very special and unique about apostolic authority in the New Testament is clear from reading through several passages. They belong to a special group for sure. Even in the category or list of spiritual gifts, they are always designated separately to distinguish them from all the rest. The apostleship was a uniquely exclusive spiritual gift.

“And God has appointed these in the church: first apostles, second prophets, third teachers, after that miracles, then gifts of healing, helps, administrations, varieties of tongues.” (2 Cor. 12:12). As gifts, the apostleship was preeminent.

Signs of An Apostle

When Paul’s apostleship was challenged by the Corinthians he appealed to the “signs of an Apostle.”  Those signs were characteristically different from the signs shared by others in the church. “Truly the signs of an apostle were accomplished among you will all perseverance, in signs and wonders and mighty deeds.” (2  Cor. 12:12)

One of the signs of an apostle was their unique and exclusive ability to impart the “gifts of the Spirit” to others through the “laying on of hands.” (Acts 8:14-18; 19:6; 2 Tim. 1:6).  Philip confirmed this power when after he performed miracles and signs in Samaria, had to send for Peter and John, who with the other apostles had remained in Jerusalem upon the persecution which followed the stoning of Stephen.

They came down to Samaria that they might pray and lay hands on the new Samaritan Christians to impart the miraculous gifts, for he had not fallen upon any of them. This demonstrated that Philip (one of the seven mentioned in Acts 6:3, 6) could perform miracles but could not impart or transfer the gift of tongues, healing, discernment, etc. to others.

The Power Could Not Be Bought

Nor was this power and authority for sale. Simon, who once practiced sorcery (an example of how people can be deceived into believing others have great powers) knew from his own shenanigans that (a) he could not perform any miracles and (b) he knew genuine miracles when he saw them.  He also did not offer Philip any money apparently having discovered that Philip could not transfer the gifts.

But, after seeing Peter and John pray and give those gifts to the Samaritans, he immediately pulled out his huge bankroll (from fleecing the people with his delusions) and offer the apostles money. Their reply? Not for sale! Apostolic authority could not be purchased with money. It was not for sale. It was exercised with the highest integrity of men of integrity.

The Corinthian Church Established by Paul

The church at Corinth is a very interesting church to study especially as it pertains to spiritual gifts. First, because Paul, an apostle established it. (Acts 18:1-8). Secondly, because they were not inferior in anyway to any other church who had the gifts of the Spirit.” (1 Cor. 1:5-7).

In addition, because they were so abundantly blessed with these gifts of power, Paul argued against the Judaizers among them saying that the Corinthian church was the certification of His apostleship. In other words, since only an apostle could impart the gifts and since they had an abundance of them through the laying on of his hands, they were his best testimonial of proof.

“Am I not an apostle? Am I not free? Have I not seen Jesus Christ our Lord? Are you not my work in the Lord? If I am not an apostle to others, yet doubtless I am to you. For you are the seal [certification] of my apostleship in the Lord.” (1 Cor. 9:1-2). Paul had this power of an apostle which could not be bought with money and could only be conferred by Christ.

The Authority To Bring Judgment

Without question, the apostles were to use their powers to bless and for good, healing, teaching, etc. However, like Moses in the O.T. at the house of Pharaoh, those gifts were also to be used for punitive discipline. The gifts are referred to as Paul’s “rod of power.” “For the kingdom of God is not in word but in power. What do you want? Shall I come to you with a rod, or in love and a spirit of gentleness? (1 Cor. 4:20-21). The power to which he refers is that demonstrated through the apostolic use of miracles for judgment.

An example of this authority is the found in Acts 13:6-12. Paul found a certain sorcerer, a false prophet and Jew named Bar-Jesus, who attempted to prevent Sergius Paulus, an intelligent proconsul from hearing the gospel message, seeking to turn him from the faith. Paul blasted him as full of deceit, fraudulent, a son of the devil, and enemy of all righteousness who perverted the straight ways of the Lord.

But, that was not all. He then used his apostolic authority and  miraculous “rod of power.”  “And now, indeed, the hand of the Lord is upon you, and you shall be blind, not seeing the sun for a time.” And immediately a dark mist fell on him, and he went around seeking someone to lead him by the hand.” (Acts 13:11).

What was the effect on Sergius Paulus? Did he think negatively of Paul? No, the punitive discipline of that miracle caused the proconsul to recognize that Paul truly had the power of God, and he believed. “Then the proconsul believe, when he saw what had been done, being astonished at the teaching of the Lord.” (v. 12)  Those disciplinary miracles were also God’s method of teaching people to fear God and obey Him.

Thus, no one who claims to work these miracles should fear that they good people will be turned away by the use of punitive discipline.

Where is that power now? Why is it so conspicuously absent?

Check out YouTube for the mass-demon exorcising meetings. One preacher called upon every kind of demon, illness, sin and calamity imaginable. People were screaming, rolling in the floor in total frenzy. Yet, not one devil was zapped!  All those demons in the place, but not one worthy of discipline. And, why did it take so long to get them out. He kept on shouting, and calling out demons, and people just kept on rolling in the floor, unlike in Paul’s case where the result came “immediately.”

Using the Authority for Destruction

Paul threatened the church at Corinth with the use of his apostolic authority for destruction. Many had sinned, were puffed up about it and refused to repent. He wrote to them as a warning to straighten up before he arrived. “Therefore, I write these things being absent, lest being present I should use sharpness, according to the authority which the Lord has given me for edification and not for destruction.” (2 Cor. 13:10). This is what he meant by coming to them and not sparing them, (13:2)

The example of Peter and Ananias and Sapphira who were put to death by the power of the Holy Spirit in a church worship service, clearly shows that these gifts and apostolic authority were very serious matters. Following that even, great fear came upon all the church and all who heard about it. Many wonders and signs were done through the apostles hands.  “Yet none of the rest dared join them, but the people esteemed them highly.”

In the Bible, those those worked miracles could do so:

Beloved, do not believe every spirit, but test the spirits, whether they are of God, because many false prophets are gone out into the world, (1 John 1-2).