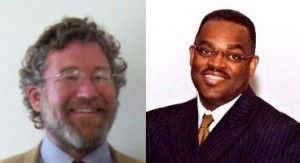 The Simmons-Bell Debate on the Resurrection of the Dead, is now in progress with propositions accepted and first questions having exchanged via email. This is a formal written discussion that will be e-published and also possibly in book form.

The main issue in the debate is the nature and time of the eschatological (end times) resurrection of the dead. The debate occurred has come about as a result of a challenge issued by Kurt M. Simmons, of Carlsbad, New Mexico.

We have signed formal rules of agreement outlining the logistics and conduct for the debate. Each of us is allowed to submit 10 preliminary questions to further clarify our respective propositions prior to the start of the debate.

Kurt Simmons and Don K. Preston debated the issue of when the Law of Moses passed away. That discussion is now recorded in book form, “The End of Torah: At the Cross or AD 70? A Debate on When the Mosaic Law  Passed Away. It can be ordered from Don Preston’s websites, eschatology.org and bibleprophecy.com. I highly recommend it as a definitive study on the subject. If you are a student of eschatology, it is a must-have for your library.

Kurt Simmons and I are Full Preterists. We both believe the resurrection occurred in 70AD. However, our views of the death which occurred in Genesis and therefore the nature of the general resurrection differ. We will spare you the details here as those will be thrashed out in the upcoming discussion in the days to come.

The Simmons-Bell Debate on the Resurrection of the Dead should prove an interesting investigative study on the subject.

The first affirmative presentation by Kurt Simmons is due November 1, 2012, with my first negative due within thirty days. Each disputant is allowed three affirmative and three negative written speeches, up to 15 pages in length to make and defend their respective positions.

The Simmons-Bell debate on the resurrection of the dead is timely because it will provide the additional research needed for me to complete a book I have been writing for the past year on the subject. In the book I critique the IBD (individual body at death) view  presented in the published writings of Ed Stevens and in his most recent college paper which in part was presented at the Kansas City, MO lectures about 2 years ago.

Pray for both of us that we may complete this discussion with honor,clarity and a submission to inspired truth for the benefit of all.

Join Don K Preston and William Bell on FulfilledRadio, for “Two Guys and a Bible” radio broadcast each Tuesday evening at 6pm CST. For more details see fufilledradio.com Stay tuned for updates on the Simmons-Bell Debate on the Resurrection of the Dead.

« The Eschatological Harvest Separation Saints
Update on the Simmons-Bell Debate »