Seeing Too Much Rapture in the Gospel of John 14:3? 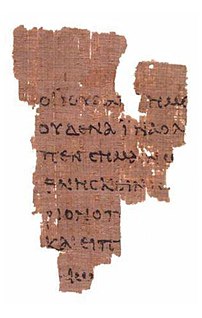 In a continuation of our study on the
we ask are some are “Seeing too much
Rapture in the Gospel of John 14:3?

Today, we further investigate whether
this text teaches the Rapture.

It is assumed that because the Lord said
he was going away and would come again
that an intermediate period for the Rapture
before the “final” end can be inserted.

Yet, one cannot build such a doctrine
in the parameters of this context. We’ll
get to that in a moment.

What Did Charting the End Times Miss on the Rapture of the Church?, the overriding context of John 14, is Christ’s work as High Priest in the house of God. See him clothed in his priestly garments per Revelation 1:12–15.

Christ, the Antitype of Moses and the Tabernacle

In preparing the place to receive the people of God, Christ, like Moses prepares both the people and the tabernacle, (Heb. 9:21–24). His purpose for preparing this place was that we might enter the Presence behind the veil, —the Most Holy Place where God dwell.

In other words, that is God’s house or dwelling place. God alone dwelt in the Most Holy Place under the Old Covenant. Only one, the High Priest could enter under the Law of Moses and only once per year under threat of death for violations, (Lev. 16:2; Heb. 9:7).

Thus man could not properly dwell with God, i.e. in God’s house. The problem? The blood of bulls and goats could not take away sin, (Heb. 10:1–4).

Thus, Christ, about to shed his own blood as a sacrifice for sins, would effect redemption for all, removing transgressions and the barrier of separationbetween God and man.

Seeing Too Much Rapture In the Gospel of John 14:3?

Jesus flesh was the antitype of the veil or curtain that separated the holy from the Most Holy place. When he was crucified, God tore the veil in the literal temple from top to bottom, signifying that Jesus’ flesh had opened the way to the Holiest of All, (Matt. 27:51; Heb. 10:19–20).

However, access would come later, in the greater and more perfect tabernacle which the Lord pitched and not man, —but only after Christ had anointed or prepared it that all believers in Christ might enter into it.

This, Paul describes as the hope which anchored the soul and enters the Presence behind the veil, (Heb. 6:19–20).

It was Christ’s appointment to enter first, as the forerunner, and in so doing, open the way for all faithful believers to follow. Paul speaks of this in chapter 2:10, as the bringing of many sons to glory.

That was the end goal of Jesus’ ministry. That is why he was going away, to prepare that Most Holy Place that man might dwell in the very Presence of God.

The time had drawn near for the true tabernacle of God to be pitched. As discussed previously, 1500 years had passed under the old system to the point that only a “little while” remained for the consummation of the new.

Learn more about Christ’s return and work in the tabernacle. Check out The Re-Examination, A Study of the Lord’s Second Coming.

Click here to cancel reply.
« What Did Charting the End Times Miss On the Rapture of the Church?
Does Your Rapture Ready Garment Have Wrinkles? »