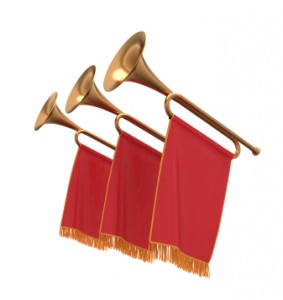 The doctrine of the resurrection is of vital importance to all whether familiar with eschatology or not, whether an advocate of covenant eschatology or some form of preterism. What is disturbing to me is the persuasion of some to move the dial of the resurrection from Jesus Christ. His affirmation that He is the Resurrection and the Life, seems to bounce off the ears of some otherwise scholarly men as though it is anathema.

Some have chose to replace Christ, the resurrection and the life, Israel’s Redeemer with their own view of resurrection, i.e. with the individual body of man as the solution to the problem of death in the garden. This makes for unfortunate resurrection hermeneutics.

Resurrection Begins and Ends in Christ

It is interesting that immediately after Adam’s sinned, God offered the promise of Christ and the defeat of the Satan as the remedy for death. “And I will put enmity between you and the woman, and between your seed and her Seed; He shall bruise your head, and you shall bruise His heel.” (Gen. 3:15)

The promise is Christ, the resurrection and the life, who defeats death by destroying Satan through his death and the New Covenant. . As N.T. Wright observes, 1 Corinthians 15 is primarily about renewal of creation and covenant through Christ, N.T. Wright, Paul pp. 28-39.

Levenson observes: “Genesis 3:19 is often taken as an etiology [cause] of death; people die [physically] because of Adam’s sin. It is unclear, however, whether God had ever intended Adam to be immortal. Indeed, the reason given in 3:22 for the latter’s eviction from the Garden of Eden is precisely that he might become deathless, having now acquired the knowledge of good and evil and thus the intellectual capacity to taste of the Tree of Life as well and live forever. In short it may be that Genesis 3 sees in the disobedience of the primal parents the origins not of the loss of immortality itself but of the chance to acquire immortality. In that case, v. 19 is better taken as an etiology not of death but of burial: Adam as the protypical human (adam)  ends where he began, in the ground (adama) returning to the dust from which he was fashioned (2:7). Jon D. Levenson, Resurrection and Restoration, p. 32.

Levenson goes on to say that, “Of the two interpretations of Gen. 3:19, the first, which sees in the verse a punishment of death, is likelier to underlie the translation ” attested in Targum Pseudo-Jonathan. The idea that the sin of Adam (or Adam and Eve) is the cause of human mortality, arguably absent in the Hebrew Bible, became widespread in Second Temple Judaism, displacing the older biblical concept (by no means universal in the Hebrew Bible) that death was God’s preferred plan for every human being from the beginning, “the way of all the earth” (Josh 23:14). The notion that God’s last word to the human race is a death sentence however, did not sit well with certain elements of Second Temple culture (just as it had not sat well with the biblical culture that saw in progeny not simply a consolation for death but the survival and continuation of the person who has passed away).” Ibid, p. 32-33.

The Tree of Life and Physical Immortality in the Garden

It is assumed that the tree of life offered the hope of physical immortality, i.e. that Adam would physically live forever had he eaten of the tree of life before he sinned. This assumption creates insurmountable problems.

Jesus Christ is the Resurrection and the Life

That premise can be argued from top to bottom in 1 Corinthians 15 or 2 Corinthians 5. In fact, I’m publishing a new translation on 1 Corinthians 15 and 2 Corinthians 5, where I substitute all  references to the resurrection body, immortality, kingdom or house not made with hands to Christ. Try it and see how it feels just for the fun of it. Jesus will back you up with John 11:25-26. After all, the text does say, “in Christ” all are made alive. Christ, the hope and fulfillment of Israel’s promises, is the resurrection!