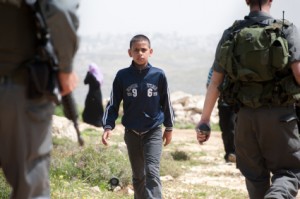 Is there life after death? With today’s world of skepticism, one might think that this question is irrelevant. However, the Bible is emphatic that Christianity alone holds the correct answer to the question. Not only is there life after death, but it is both implied and inferred as early as the book of Genesis. In this article we will explore physical death and answer the question of whether it is the result of sin or natural cause. Secondly, we will demonstrate the implication of our answer. Thirdly, we will show the importance of God’s provisions and how they inspire us for the world beyond the grave.

The narrative of the Genesis account of creation bears evidence of the natural temporal nature of man as dwelling in the flesh. God made provision for the perpetuation of natural life through the inherent germination qualities of the seed. He said, “Let the earth bring forth grass, the herb that yields seed, and the fruit tree that yields fruit according to its kind, whose seed is in itself, on the earth” and it was so” (Gen. 1:11).

The observant reader will not that God instituted the law of procreation among grass, herbs, fruit trees. They each were to have seeds that would bring forth after their kind. Grass was not designed to live forever as it dies. The same is true of fruit trees which bear only in the summer in many areas of the world, except of course in tropical areas.

This process requires that seeds germinate and produce new life. Why, then is not the world covered with flora and fauna? It is because grass and trees die. To continue the species they must reproduce through the seeds.  But how does this answer the question, is there life after death?

Evidence in the Animal World

What we see in the plant world is also evident in the animal world. Natural life of animal would pose serious threats to the existence of man without natural death. The world would soon be overrun with creatures of all sorts.

Consider how many more animals God created than man. Also note how much faster animals reproduce offspring. God commands the animals to likewise be fruitful and multiply and fill the earth.

From the fish in the waters to the sea and land creatures God commanded them to be fruitful and multiply. Again we ask, how does this address the question, is there life after death?

Is There Life After Death – Man’s Creation

Many assume God created Adam without the natural capability of dying. They assume that Adam died physically because of sin. However God said in the day you eat you will die. We cannot charge God with lying.

Nor can we demonstrate with any credibility that Adam died physically on that day. Further, the fact that Adam was cast out of the garden was subsequent to God’s pronouncement that he was made of dust and to it he would return, (Gen. 3:19). In our next post we will continue where we left off in answering the question, Is there life after death?