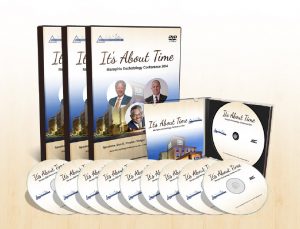 It is very significant in a study of the resurrection of the dead saints, to know what it means to sow the body. Without the sowing, there can be no raising. The one is essential to the accomplishment of the other. Paul very clearly stated, “Foolish one, what you sow is not made alive unless it dies”. (1 Cor. 15:36)

If a seed cannot be made alive unless it dies, then it must follow that it cannot die unless it is sown. Jesus affirmed the same, saying, “Except a grain of wheat fall into the ground and die, it abides alone, but if it dies, it brings forth much fruit. (John 12:24)

The implications for any resurrection paradigm is that the body is sown prior to its death. For this reason, many interpreters have difficulty understanding and applying the text to the individual bodily resurrection.

Gordon Fee on the Sowing of the Body

Fee chooses to follow the language of Paul (1 Cor. 15:36) on the sowing of the body, saying it is sown at death. “As Adam died, so like him they sow at death a corruptible body that is “of earth”. (NICNT, p. 794) Apparently, he doesn’t view a sowing at birth a viable option for the resurrection body. Ed Stevens, who holds to an individual body rising at death, affirms the sowing is at natural birth.” Let’s see how this picture stacks up based upon the Scriptures in both the Old and the New Testament.

Stevens, Sow at Birth…Proof! none!!! He only offers his assertion that sowing the body begins at birth. The complications of this paradigm only worsens when viewed against the statements of Paul.

You see, because Ed’s bodily resurrection paradigm does not fall into the ground and “die” as Jesus said, it abides alone. If Ed buried himself alive or allowed someone else to so bury him, then I’d have confidence in his doctrine. But, I’d wait to see him rise in a new body before I tried it! So to keep from burying himself alive, he argues against all Biblical wisdom above and scholarship!

Resurrection of the Dead Saints Per 1 Corinthians

Fee continues the discussion: “This is the psychikon body, which belongs only to the present existence. As noted, they would scarcely have disturbed the Corinthians; they would be glad to have it sown in the earth so as to get on with the truly “spiritual, that is, nonsomatic, existence that their present experience of the Spirit has already made available for them.”  We have to pause here and ask why was it necessary to bury themselves alive to get on with the Spiritual. Does not Paul say the Corinthians were already “spiritual” i.e. pneumatikon people, (1 Cor. 2:15, 3:1, 14:37; Gal. 6:1)?

“But in this case the question remains as to whether their sharing of the “heavenly” existence has not already begun, that is, whether their corresponding to the man of heaven refers only to the resurrection body that they are to assume at the Eschaton, or whether Paul is here intending also a broader sense, including behavioral implications, involving their sharing his likeness now. Under ordinary circumstances, one would see the latter as a secondary idea at best, brought in circuitously by way of vv. 21-22 through the later discussion in Rom. 5. But in this case the question arises on the basis of the final verb in v. 49. We will address v. 49 later, but for now, let’s assess what we have here.

Present Salvation Is The Heavenly Body

Fee says the only way the “new body” (to simply his language) has broken into the present is through “behavioral implications”.  By behavioral implications he means the present salvation experienced in Christ. That is a spiritualizing of the heavenly body. It means that Fee has two natures, i.e. two kinds of resurrection bodies, one spiritual now, existing simultaneously with the physical body, and one spiritual in the future which replaces the physical body.

In other words, he changes the “already” regarding the heavenly body being a developing present reality for the Saints by calling it behavior. So, in short, it’s a “behavioral body”.  It’s a spiritual body, collective, corporate body of believers! That is Fee’s workaround for the problem of the already being the present participation in the body. He changes the meaning to behavior. That is not what Paul called it. Paul said it was the heavenly body, the pnematikos (spiritual) man, i.e. the LORD FROM HEAVEN.

Fee had given a chart to illustrate the verses leading up to v. 49, which is revealing:

Did you notice how Fee translated v. 49, in the past perfect tense in the English? He renders it, “even as we have borne the likeness of the man of earth?

According to Summers, in the middle voice, the subject is acting so as to participate in some way in the results of the action. There is no English equivalent for this Greek construction. The subject rather than the action is the point of emphasis. Summers offers an illustration uses the very word found in 1 Corinthians 15:42. “ho anthropos egeiretai”. He translates it: The man is raising himself up.” He calls this the reflexive middle and it is the one closest to the idea of 1 Corinthians 15:42. Thus, to speak of “egeiretai en aphtharsia” means it is raising itself in incorruption. Or, it could be the intensive middle that the body [i.e. this body] and no other was being raised in incorruption. See Ray Summers, Essentials of New Testament Greek, p. 38.

Fees Conclusion Means A Body Had Been Put Off

Now here is the point. For Fee, a body has been put off. What body? Well when you note what body they put on, you will immediately recognize what body was put off. Remember above he said it was the “behavioral body”. That means the put off the “non behavioral body” at some time in the past. That can only mean their pre-conversion state in Christ. In other words, they had to begin living the life of the new age/life in Christ as the new behavior. That is Fee’s body and the only way he can get the “already of his paradigm” to work. It is resurrection. It proves that before the behavioral body could be put on, a body had to die a body was sown at death.

Remember above, Ed Stevens said the physical body wasn’t put off. So, Stevens likewise needs an “already put off body” to meet the demands of the text.  We will show in the next article how Stevens must concede that the saints are already in the heavenly body, a collective corporate spiritual body now, prior to the shedding of the physical body. He can no more escape the spiritual body than could Fee.

So tell us Ed, what type of body does your paradigm put off in the past. You see, you can’t be “Fee” and be “Free”! Show us the body! We demand that body. Ladies and Gentleman, watch for it.  There’s a murder being committed here. It’s the murder of the truth, and we demand to have that body. Only the truth can set one free. When Ed produces it, he’s will have once again, by logic and by Fee, given up his resurrection paradigm. The resurrection of the dead saints will be continued in our next article.

Click here to cancel reply.
« Resurrection of the Body Already But Not Yet
Heavenly Body Definition of 1 Corinthians 15:49 »