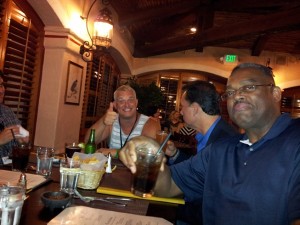 Today, we’ll focus on chapter 2:15-16. We’ve learned about the natural man, let’s focus now on the spiritual man.
“But he who is spiritual judges all things, ye he himself is rightly judged by no one. For ‘who has known the mind of the Lord that he may instruct Him?’ But we have the mind of Christ.”

As we’ve said all along, Paul’s words confirm the Spiritual man as the one who receives the revelation of God. See verse 10. “But God has revealed them to us through His Spirit.” They were not void of the knowledge of God.

The Spiritual Man Receives the Spirit of God

They did not reject it for human wisdom or for signs. They had the mind of Christ because the Holy Spirit was given to them to guide them into all truth and to teach them the words of Christ.

Paul writes to the entire church at Corinth, saying that they were “sanctified” a term used to describe the vessels of the temple. He also says they are holy, another term related to the temple. They are the dwelling place of God where his Shekinah Spirit dwells.

That is what separates them from their natural man counterparts. It is not their physical bodies, because both were yet living on earth. They are spiritual because they live in the power of God through his Spirit.

This is not the only text where Paul has used the term spiritual.

The Spiritual Man Acknowledges The Words of the Spirit

For example, in chapter 14, while discussing spiritual gifts, Paul says “If anyone thinks himself to be a prophet or spiritual, let him acknowledge that the things which I write to you are the commandments of the Lord.” 1 Cor. 14:37

Paul had just given them revelation from God. He says those who are spiritual would recognize that this revelation was from God and expressed the commandments of the Lord. As spiritual ones, they could not reject God’s testimony and therefore, were obligated to adhere to the teaching.

It is another example where he defines spiritual ones. Again, he does not speak to those without flesh and blood biologically speaking but to those who have identified themselves with Christ through the gospel and who have the power of the Holy Spirit.

Would Paul change the meaning of the word spiritual in the next chapter? We suggest that he does not and that it means the same. That it is not speaking of a physical body, but of those who lived under the power of God.

But more on that in the lesson on 1 Corinthians 15.