Is the Little Horn of Daniel 7 the Roman Catholic Church?

Who Is The Little Horn of Daniel 7? 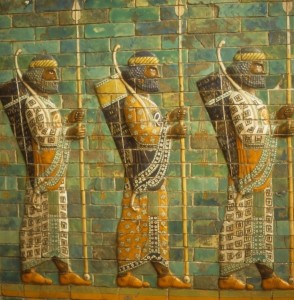 The little horn of Daniel 7 is often interpreted as the Roman Catholic Church. Many see the the Pope and the Roman church embodied in Daniel’s prophecy which they carry through to Revelation 17. I was taught this view also, but never accepted it as true.

Others see the little horn of Daniel as the United States. While their are some striking similarities in the political alliance that the U.S. has with the settlement of Israel in the present, we must equally question the accuracy of this interpretation.

Our approach will be to determine the historical setting in which we find the events of Daniel, an examination of the context and finally a comparison with corresponding verses in the New Testament.

The Little Horn in Daniel 7 and 8

Some also see the little horn of Daniel 8 equal to that of chapter 7. However, the two are not equated in chapter 8. There is a description of the two horns of chapter 8, in which the ram which had two horns with one being higher than the other. The smaller horn on the goat is never called the little horn. Further, the goat which attacked the ram broke his two horns (Dan. 76-7), generally accepted as the Macedonian or Grecian kingdom which destroyed the Medo Persian kingdom.

The male goat has a “large”  horn, thus is not the little horn of Daniel 7. We are told specifically by Daniel that the ram having the two horns are the kings of Media and Persia, (Dan. 8:20). The male goat with the  broken horn replaced by four others was the kingdom of Greece, (Dan. 8:21).

The Little Horn of Daniel 7

It is my judgment, that the little horn of the Bible appears in Daniel chapter 2. The image which Nebuchadnezzar saw and its interpretation by Daniel tells the same story. 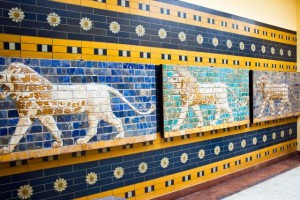 The head, arms and chests, and belly and thighs, represent Babylon, Medo-Persia and Greece. This corresponds to the beasts of chapter 7 of Lion, bear and leopard.

The legs of iron per chapter 2 is the fourth beast of chapter 7 and identifies with Rome. The feet made part of iron and part of clay which did not mix describes the relationship between Rome and Israel. At the time the events are fulfilled, Israel is subjected to Rome but does not mix well as iron does not mix with clay.

Jeremiah 18 spoke of Israel as clay. Because of the laws of the Jews and the gods of Rome, while joined under one government, they did not mix. Jews and Gentiles theocratically could not merge. The little horn of Daniel 7  identifies with the feet and toes of Daniel’s vision. It was small compared to the other beasts in the image in both visions.

The Common Foe of the Little Horn as Antichrist

The little horn antichrist has a common foe in each chapter. Observe chapter 2 that a “stone” cut out of the mountains without hands, a clear reference to Christ, who comes on the clouds in his kingdom in the last days strikes the image so that it disintegrates together, Dan. 2:25, 44-45.

The corresponding defeat of the little horn of Daniel 7 occurs with the coming of the Ancient of Days, 7:21-22 who equals the stone cut out of the mountain without hands of ch. 2. Therefore, the events are parallel, recapitulations of the other.

Identifying the Little Horn of Daniel 7 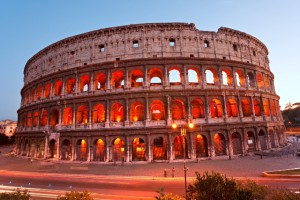 One point to remember is that the little horn of Daniel  7 has very distinguishable qualities from all the rest. He arises not as, but among the ten horned beast. As this occurs, the three first horns fall in his presence. This means the little horn is not an individual. For those who believe he is the “human” antichrist must accept the disappointing news. There is no possible way a man can live through three successive kingdoms that span hundreds of years.  A kingdom can.

Nor must we conclude the little horn uprooted these three kingdoms. The text only says, before (in the presence) of whom, were three kings subdued.

Next, the little horn cannot be part of the 10 horned beast for that would make it an 11 horn beast. To uproot three of its first kings means only 7 would be left, 8 with the little horn. Yet, this same beast is described as having 10 horns in Rev. 13:1, with the same beastly identity described in Dan. 7:1-6.

The Little Horn Makes War With the Saints

Described as the “other” horn which came up among the ten horns, (7;20), and before which three fell, who had eyes and a mouth which spoke pompous words, whose appearance was greater than

his fellows, this horn is unique. His chutzpah evidences itself in raising up to make war with the saints in rebellion against the Ancient of Days, who is the Christ, their defender. He prevails against them in persecution and murders until the Ancient of Days comes and judgment is given to the saints of the Most High, i.e. to Christians or the true seed of Abraham.

In Revelation, the 10 horned (fourth and dreadful beast) hates the little horn (the harlot) and burns her with fire until the words of God are fulfilled. Compare Rev. 11:2, 17:18.

2 Responses to “Is the Little Horn of Daniel 7 the Roman Catholic Church?”