The Life Of Jesus Manifested In Mortal Flesh 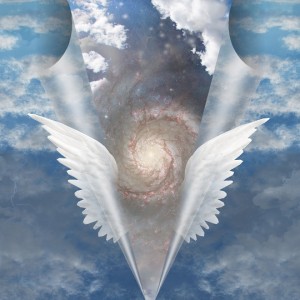 What does Paul mean when he wrote wrote that the life of Jesus would be manifested in our mortal flesh? The statement is found in 2 Corinthians 4:10. Does it refer to the eschatological state or is it merely an ethical or moral injunction separate from eschatology?

Those who see resurrection from sin as completed in the cross event at the death of Christ and subsequent response to the gospel of Christ beginning on Pentecost explain this verse in light of salvation apart from the parousia. They reason that since resurrection from sin has occurred, future resurrection must be the rising of individual bodies from the grave or transforming them in death. Both views have in common a denial of the eschatological resurrection in connection with sin.

Paul wrote that God would take away Israel’s sins at the at his return. “For this is my covenant to them when I take away their sins.” (Rom. 11:27). Those among Israel who converted to Christ were saved at his parousia in 70 A.D.

The Life of Jesus

What is the Life of Jesus and what does the text mean by the life of Jesus would be manifested in our mortal flesh?. The life of Jesus  is certainly not physical or biological life. Man experiences physical life without having given their lives over to Christ.

The Life of Jesus is eternal life. John wrote: “And this is the testimony: that God has given us eternal life, and this life is in His Son. (1 John 5:11). We all are aware that this text refers to the promise of eternal life, noted in 1 John 2:25. Perhaps this is why Charles Meek wrote in his paper, on the Personhood view of resurrection that eternal life is received after death and in the heavenly state. Personhood, p. 7 #c.

The problem with viewing eternal life only after death is that it doesn’t align well with Paul’s statements here in 2 Cor. 4:10. The question should be asked, how does one continue in their mortal flesh after death? Even the IBD (individual body at death) view suggests the body is immediately transformed into a spiritual immortal body at death. This view leaves no room for a mortal body in death.  Since there is no mortal body in death, it is impossible for the life of Jesus to be manifested in our mortal flesh in death.

Eternal Life To Be Received At The Parousia

Paul wrote to Titus saying they were in hope of eternal life. This corresponds with the promise of 1 John 2:25. So the question becomes, how can the Life of Jesus be manifested in our mortal flesh while at the same time only be received at the parousia?

Paul’s is clear that his eschatology is rooted in the Parousia (the coming of the Lord). He knows and writes nothing of receiving eternal life in death. At his own prospect of death he believed Christ would give him the crown of life in that day, i.e. at the second coming.

Life Through the Spirit

It must not go unnoticed that the life in which the church participated during their pre-parousia sojourn was not eternal life, but life through the Spirit. It was a temporary arrangement. They were yet subject to death with the life of the Spirit. “For if you live after the flesh you will die, but if you through the Spirit put to death the deeds of the body you will live, (Rom. 8:14-16). See also Romans 8:1.

In addition, Paul wrote to the Colossians church saying, “For you are dead and your life is hidden with Christ in God. But when Christ who is our life shall appear, then shall you appear with him in glory. Paul says Christ is our eternal life, concurring with John’s statement in his first epistle, 1 Jn. 5:20.  Therefore, not until Christ returned would eternal life be manifested in them.

In light of the above, when the church Paul wrote that the life of Jesus might be manifested in our mortal flesh, he demonstrates that eternal life would be experienced in the earthly experience of the saints at the parousia. In other words, they would not die, nor would they be raptured from the earth. Their mortal flesh would yet be a reality. This helps us to distinguish between “mortal flesh” as it relates to individuals and the “mortality” that is swallowed up of life which refers to the corporate body of Moses.

The Dying of the Lord Jesus

According to the apostle, they were always carrying about in the body, literally in the body of us, which is the church, the dying of the Lord Jesus. What is the dying of Lord Jesus. This will help us to understand what it means for the life to be manifested in our mortal flesh. The dying of the Lord Jesus is death to sin. For the death that he died, he died to sin once, but the life that he lives, he lives unto God. Jesus died a death to sin. That is the dying the saints carried about in the body.  Jesus physical death evidenced the reality of his dying to sin.

Click here to cancel reply.
« Every Eye Will See Him Revelation 1:7
The Kingdom of God Has Come »