Leviticus 19:28 The Law of Moses and Tattoos

Leviticus 19:28, the Law of Moses and Tattoos 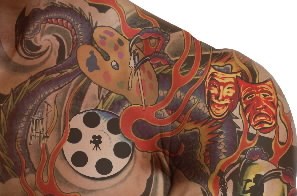 Found in one of the five books of Moses called the Pentateuch meaning 5, Leviticus 19:28, is primarily a part of the instructions God gave to the priests to follow. They were also the God-appointed teachers of the nation. It was their responsibility to teach Israel the ways of God. The Levitical priests were cast into this role by default. Don K. Preston, who co-hosts “The Two Men and a Bible” radio broadcast at AD70.net which airs on Tuesdays at 6 p.m. central, pointed out in our presentation last night that the Levites became priests by default.

When Israel refused God’s mandate to become a nation of priests because they did not wish for God to speak to them directly, see (Exodus 19, Heb. 12:18-21), God chose Moses and Aaron to be his priests, (Psalms 99:6). Following this the tribe of Levi were sanctified to this role. The Levitical priesthood was the foundation of the Law of Moses. “Therefore, if perfection were through the Levitical priesthood (for under it the people received the law…” (Heb. 7:11). In other words, so goes the priesthood so goes the Law and not the reverse. Let’s consider the implication for this with Levitical 19:28.

A Key To Understanding Leviticus 19:28…

…is that God Changed the Priesthood. “For the priesthood being changed, of necessity there is also a change of the Law. God foreshadowed and foretold through the prophets that he would make a new covenant with Israel and with Judah, that would not be according to the Old Covenant. See Jeremiah 31:31-34. At the time of writing of Hebrews the Old Covenant had run its course, had become obsolete and was soon to vanish.

Paul quotes the prophecy of Jeremiah 31 as follows: “In that He says, “A new covenant,” He has made the first obsolete. Now what is becoming obsolete and growing old is ready to vanish away.” (Heb. 8:13). So the first point to acknowledge is that we now live under a new covenant, the covenant which is established upon a better priesthood, i.e that of Christ, which is according to the order of Melchizedek. (Heb. 5:6, 10; 6:20; 7:1, 15, 17, 21. The repeated emphasis of this point must not go unnoticed. It has a bearing on the interpretation and context of Leviticus 19:28.

Leviticus 19:28 Interpreted According to the Priesthood of Christ

As Paul in the context speaks of the change from the Levitical priesthood to that of Melchizedek, he clearly makes the note that Christ is of a different tribe of which God gave no authority under the Law of Moses to officiate as a priest.  “For He of who whom these things are spoken belongs to another tribe, from which no man has officiated at the altar. For it is evident that our Lord arose from Judah, of which tribe Moses spoke nothing concerning the priesthood.” (Heb. 7:13-14).  Further God says that more evidence (as we pointed out above) exists for a new priesthood after the order of Melchizedek.

Understanding Leviticus 19:28 in its Proper Context

The meaning of Leviticus 19:28 must therefore be understood in the light of the Old Covenant context of Israel under the Law. God gave the message of Leviticus 19:28 to Israel as they were traveling from Egypt to Canaan. He was casting out the idolatrous nations before them and warned them of participating in their practices of the occult and many other things.

Among the prohibitions of Leviticus 19:28 are the practices of

These were all practices of the heathen nations whom Israel were to drive out, and from whom they were to be separate, lest those practices dilute their allegiance to God and they turn away from him and serve idols. (Deut. 7:1-4). Compare with Leviticus 19:28

According to Herodotus, the shaving of the sides of the beard was a practice of the ancient Arabs. They used it to show honor to their deity Orotal by cutting the hair away from the temples in a circular form. Marring the corners of the beard is likewise conjectured as an Ancient Arabic custom, though it is not ascertained that it had any idolatrous or magical association. See their mention in Lev. 21.5 and Deut. 14:1, where these prohibitions were clearly directed to the Levitical priests who performed the services of the tabernacle and as “chief men” among Israel were held to higher public and moral responsibility. (See Leviticus, Barnes Notes on Leviticus 19:28)

Adam Clarke adds excellent notes on Leviticus 19:28  and these practices in his commentary which are too lengthy to include in this post. See Leviticus 19:28, p. 575, Vol. I. However, commenting on Leviticus 19:28 respecting marks on the body he says: “The ancients were very violent in their grief, tearing the hair and face, beating the breast, etc is well known. Virgil represents the sister of Dido “tearing here face with her nails, and beating her breast with her fists.”

Leviticus 19:28 and the Printing of Marks on the Body – Tatoos

Clarke adds, “nor print any marks upon you. It was a very ancient and a very general custom to carry marks on the body in honor of the object of their worship. All the castes of the Hindus bear on their foreheads or elsewhere what are called the sectarian marks, which distinguish them, not only in a civil but also in a religious point of view, from each other.

Most of the barbarous nations lately discovered have their faces, arms, breasts, etc, curiously carved or tattooed, probably for superstitious purposes. Ancient writers abound with accounts of marks made on the face, arms, etc, in honor of different idols; and to this the inspired penman alludes, Rev. 13:16, 17; 14:9, 11; 15:2; 16:2; 19:20; 20:4, where false worshipers are represented as receiving in their hands and in their forehead the marks of the beast. These were called stigmata among the Greeks, and to these St. Paul refers when he says, “I bear about in my body the Marks (stigmata) of the Lord Jesus; Gal. 6:17. I have seen several cases where persons have got the figure of the cross, the Virgin Mary, etc, made on their arms, breasts, etc, the skin being first punctured, and then a blue coloring matter rubbed in, which is never afterward effaced. All these were done for superstitions purposes, and to such things probably the prohibition in this verse refers. ” Adam Clarke’ Commentary, Leviticus 19:28, Vol. I, p. 575.

Continuation of Study of Leviticus 19:28 and Eschatological Implications

In our next post on Leviticus 19:28, we will discuss the how the failure to understand the fulfillment of the Law adversely impacts one’s interpretation of these passages regarding tattooing. We’ll look more closely at the implications of fulfilled eschatology Leviticus 19:28 on today’s culture. In the meantime, send us any questions you have on Leviticus 19:28. 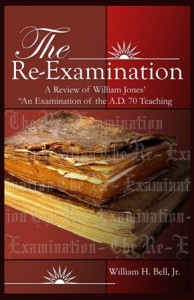