Law of Moses and Body Art

Did God Condemn All Body Art? 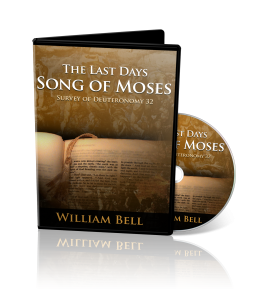 Does Leviticus 19:28 apply to all body art or just to tattoos? Some argue that Leviticus 19:28 is without restriction, i.e. is not limited to the occult practices of marking the body on behalf of the dead. “You shall not shave around the sides or your head, nor shall you disfigure the edges of your beard. You shall not make any cuttings in your flesh for the dead, nor tattoo any marks on you: I am the Lord.” (Lev. 19:27-28).

These statements were made to the Old Covenant nation of Israel. God gave the covenant to those who were bond slaves in Egypt, redeemed by his power and formed into a nation after forty years of wandering in the wilderness. The covenant was exclusive to them, and not to their fathers (Abraham, Isaac and Jacob, –the patriarchs, nor to the world, but to Israel beginning with those who came out of Egypt. Deut. 5:1, 15. “And remember that you were a slave in the land of Egypt, and the Lord your God brought you out from there by a mighty hand and by an outstretched arm…”

Body Art and Laws For The Priests

The laws regarding the shaving of the head and body art markings were particularly given to the priests because they offered sacrifices to the Lord. Hence, there was to be no connection to the worship of the dead common in pagan practices, especially since every sacrifice typified Christ, the coming Savior. They likewise were given to the people along with prohibitions against cutting themselves for the dead and writing or inscribing on their bodies. The particular subject of body art as a cosmetic practice is not under discussion.

Clarke believes that prohibitions against hair cutting and body inscriptions referred to customs which must have existed among the Egyptians when the Israelites sojourned in Egypt. He admits the difficulty of determining the accuracy. Herodotus observed that Arabs shaved or cut their hair round, in honor of Bacchus, lib. iii., cap. 8. The Macians, a people of Libya, cut their hair round, lib. iv., cap. 175. In the same manner the Chinese cut their hair to the present day. He adds that it might have been in honor of some idol, and therefore forbidden to the Israelites.

Hair was often used in divination among the ancients and for religious superstition among the Greeks; and particularly about the time of the giving of this law, as this is supposed to have been the era of the Trojan war. It was customary for some parents to dedicate the hair of their children to some god; which, when they came to manhood, they cut off and consecrated to the deity. Achilles, at the funeral of Patroculus, cut off his golden locks which his father had dedicated to the river god Sperchius, and threw them into the flood.

Virgil records that the topmost lock of hair was dedicated to the infernal gods. This form of body art is directly related to pagan deity worship.

Body Art – Cuttings in the flesh

The ancients were very violent in their grief, tearing the hair and face, beating the breast. Virgil represents the sister of Dido “tearing her face with her nails, and beating her breast with her fists.” (Adam Clarke Commentary, Levticus) A clear example of this body cutting custom in association with idolatry is the contest between Elijah and the prophets of Baal. After Baal did not answer the false prophets, the cried aloud and cut themselves, as was their custom, with knives and lances, until the blood gushed out of them. With all this blood-letting their god yet refused to answer. (1 Kings 18:27-29) A blanket prohibition against body art in Leviticus 19:28 without regard to context and culture of the day seems arbitrary and forced.

Body Art and Markings For Idols and Superstition

Clarke adds that it was a very ancient and a very general custom to carry marks on the body in honor of the object of their worship. All the castes of the Hindus bear on their foreheads or elsewhere what are called the sectarian marks, which distinguish them, not only in a civil but also sin a religious point of view, from each other.  A study of many indigenous people from the Amazons, Colombians Africans, American Indians, Orientals and Aborigines, Egyptians, etc all have spiritual significance to body art markings in some form.

To argue that Leviticus 19:28, does not include any reference to such practices relating to body art in setting Israel apart as a holy nation is indeed a strained interpretation. It would be difficult to disassociate their body art from their superstitions and religious practices in most cases. Therefore, body art as discussed in the Law of Moses is associated with the occult.