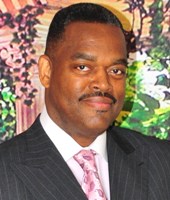 Since my last post I had a major computer crash due to a virus. It’s up and running, upgraded and I’m gradually getting most of my software programs reloaded. Thanks to a great Christian business friend who specializes in computer repair. Secondly, I had some dental issues, suffering with a terrible toothache requiring a root canal. All hats off to my dentist who spared me pain. Dr. Christina Rosenthal of Paradigm Dental Center is fantastic.

Currently, I’m having an issue with my screen capture software from Techsmith. There’s some type of incompatibility issue with Camtasia Studio 6 and Windows 7. I am unable to create videos using jpeg files at the present. . If anyone knows a workaround for my challenge, feel free to contact me.  But,  back to our study.

For those, especially Amillennialists who yet view the hope of the gospel as future, including the resurrection, eternal life, etc, this is a major contradiction of Jesus and Paul’s teaching on the Torah.

“For if what is passing away was glorious, what remains is much more glorious. Therefore, since we have such hope, we use great boldness of speech.” (2 Cor. 3:11-12). Paul makes it very clear in this text that at the time, the Law of Moses had not already passed away. His words are, the law is passing away. He concludes saying, “Therefore, since we have such hope. The hope of the gospel was the passing of the Law of Moses.

But, hope which is seen is not hope. (Rom. 8:24). In other words, if the Law of Moses had already passed, it could not have been Paul’s hope. Hope that is already realized is not hope. There would be no need to desire and expect that which one already has. Rather, one waits for a hope to be realized at some time in the future. Thus, Paul says, “But if we hope for what we do not see, we eagerly wait for it with perseverance.

The New Testament church persevered in order to achieve the state and time of the fulfillment of the Law of Moses. Amillennialists place the hope future, even future to those of us living today. But they place the fulfillment of the “Law of Moses” in the past, even before Paul wrote 2 Corinthians 3. This is clearly a contradiction. It shows the serious problems inherent in Amillennial eschatology.

Resurrection, the Hope of the Gospel Fulfilled the Law of Moses

In Acts and especially 1 Corinthians 15, Paul emphasized that resurrection fulfills Torah (Law of Moses). “But this I confess to you, that according to the Way which they call a sect, so I worship the God of my fathers, believing all things which are written in the Law and in the Prophets. I have hope in God, which they themselves also accept, that there will be a resurrection of the dead, both of the just and the unjust.” (Acts 24:14-15).

Paul’s resurrection hope is the fulfillment of the Law and the Prophets. That is none other than the Mosaic Law. He says the same in 1 Corinthians 15. “The sting of death is sin, and the strength of sin is the law.” (1 Cor. 15:58) See also verse 54, in which he quotes Isa 25:8 and Hos. 13:14, straight from the Law and the Prophets as he stated in Acts.

See more studies on fulfilled eschatology and the problems of Amillennialism see and the fulfillment of Torah. Look for our next study on the Law of Moses in future posts.