John Hagee – 10 Roadsigns to the End of the Terminal Generation? 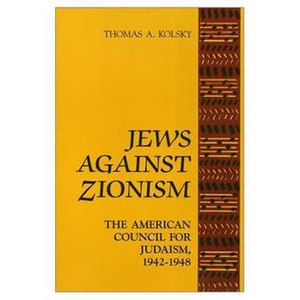 Today we continue with the third of our segment of “John Hagee – 10 Roadsigns to the End of the Terminal Generation?” In this, we focus on the claim that Judaism  is the only nation created by a sovereign act of God.  In as clear words as could be stated, Jesus’ parable of the vinedressers exposes the fate of the Jews who rejected Christ, their Messiah.

“But when the vinedressers saw the son, they said among themselves, ‘This is the heir. Come, let us kill him and seize his inheritance.’ So they took him and cast him out of the vineyard and killed him. Therefore, when the owner of the vineyard comes, what will he do to those vinedressers?” They said to Him, “He will destroy those wicked men miserably, and lease his vineyard to other vinedressers who will render to him the fruits in their seasons.” Jesus said to them, “Have you never read in the Scriptures: The Stone which the builders rejected has become the chief cornerstone. This was the Lord’s doing, and it is marvelous in our eyes’?

Therefore I say to you, the kingdom of God will be taken from you and given to a nation bearing the fruits of it.  And whoever falls on this stone will be broken; but on whomever it falls, it will grind him to powder.” Now when the chief priests and Pharisees heard His parables, they perceived that he was speaking of them.” (Matthew 21:42-44)

Now we ask in the light of the above, from whom would the kingdom be taken? The answer must be from those who were in possession of it. That was Biblical Israel. This was God’s retribution to them for murdering his Son, Jesus. The kingdom was taken in A.D. 70.

That raises the second question. To whom was the kingdom given? The text says it would be given to a nation bearing the fruits of it. What nation is this? Is it the rebirth of the Zionist state of 1948, per Hagee, Beginning of the End, p. 91-93? We must answer no. Then who is this nation?  To answer this question, it is important that we understand when the kingdom was taken because it is at that time that the kingdom is transferred to the new nation.

When Was the Kingdom Given to a New Nation?

And I say to you that many will come from east and west, and sit down with Abraham, Isaac and Jacob in the kingdom of heaven. But the sons of the kingdom will be cast out into outer darkness. There will be weeping and gnashing of teeth.”  Compare also Luke 13:24-9, where Christ again documents the “time” those who were in the kingdom would be cast out by calling attention to his own generation, namely the one in whose streets he personally taught, and in whose presence he ate and drank. See Matthew 11:15; Luke 15:2; John 6:5-11.  That can be none other than the first century generation who lived in the time of Christ.

Remember, in the parable of the vinedresser above, the Pharisees perceived Christ had spoken of them. Now, since the kingdom is taken from “Biblical Israel” at the time of the Roman invasion of 70 A.D., then that is also the time the kingdom is transferred to new nation. That is why in connection with the destruction of Jerusalem in 70 A.D.  Christ said the kingdom of God had drawn near, but would be fulfilled before that generation passed away, Luke 21:31-32.

We are well aware that Hagee and other Dispensationalists seek to interpret the term “generation” from genea as “race” versus a contemporary group of people living at the same time, meaning in the time of Christ. But this is an unnatural linguistically unsupported concept born out of dispensational desperation to foster support for futuristic prophecy speculation to offer Biblical support for the political Zionism.

Therefore, a nation born after the first century A.D. is automatically disqualified and not included in the prophecy of the Old or New Testaments. This is also why all futurist prophecies of the USA, Russia, Germany, Iran, Israel, Iraq, and any others are speculative dreams of misguided zeal.

The New Nation Clearly Identified in the New Testament

According to Peter, God created a new nation, however, it is not the Zionist state we see today. Peter spoke of Christ as the stone laid in Zion, quoting the same prophecy from Isaiah 28:16, as did Christ. He also said it was the stone which the builders (Biblical Israel) rejected and which became the head of the corner. Peter then addressed those who believed as a chosen generation, a royal priesthood, and a holy nation, i.e. God’s own special people, who would proclaim the praises of Christ who called them out of darkness into his marvelous light.  (1 Peter 2:9, emp mine)

Remember Christ said of this nation that they would bring forth the fruits of the kingdom. Peter alludes to those fruits by saying that the citizens of this nation would have their conduct honorable among the Gentiles, 1 Peter 2:12. Is it honorable to dispossess the Palestinians from their land, to destroy their houses, to kill their children, imprison their liberators, and destroy their lives? History documents that before the Zionist state, the indigenous people of the land lived in relative peace.

This nation God created is a nation God commanded to submit to the ordinances of man for the Lord’s sake, i.e. to kings, governors or those sent to exercise civil authority, when it does not violate God’s will, 1 Peter 2:13-15, Acts 5:29.  Should not the Palestinians have resisted the theft of their land? Why even David Ben-Gurion, first Prime Minister of Israel believed so.

According to Nahum Goldman, ‘The Jewish Paradox’, translated by Steve Cox, 1978, p. 98, p. 100, p. 99. Reports that David Ben-Gurion, the first Prime Minister of the Zionist state, said Zionist stole Israel from the Arabs.  The following is taken from Wikipedia.

“Ben-Gurion recognized the strong attachment of Palestinian Arabs to the land but hoped that this would be overcome in time. In a conversation about “the Arab problem” in 1956, Goldman wrote that Ben-Gurion stated: “Why should the Arabs make peace? If I was an Arab leader I would never make terms with Israel. That is natural: we have taken their country … There has been anti-Semitism, the Nazis, Hitler, Auschwitz, but was that their fault? They only see one thing: we have come here and stolen their country. Why should they accept that? They may perhaps forget in one or two generations’ time, but for the moment there is no chance. So it is simple: we have to stay strong and maintain a powerful army”  Nahum Goldman, president of the World Jewish Congress criticized Ben-Gurion for what Goldman viewed as his confrontational approach to the Arab world: Goldman wrote that “Ben-Gurion is the man principally responsible for the anti-Arab policy, because it was he who molded the thinking of generations of Israelis”

The New Testament makes it clear that Peter spoke of a holy nation already being formed in the first century, long before Hagee’s so-called rebirth of Israel sign in 1948. Hagee argues that the rebirth of Israel (Zionist State) is a Biblical sign of Christ’s coming.  David Ben-Gurion says it was stolen from the Arabs. Zionism, the Real Enemy of the Jews, Volume 1, The False Messiah, by Alan Hart, documents that the hidden agenda of the Zionists was the takeover of Palestinian land from day one.

“From the start they (Zionist leaders) knew that in order to establish a Jewish state they had to expel the indigenous Palestinian population to the neighboring Islamic states and import Jews from these same states. Vladimir Jabotinsky, Netanyahu’s ideological progenitor, frankly admitted that such a transfer of populations could only be brought about by force.

David Ben-Gurion, Israel’s first prime minister, told a Zionist Conference in 1937 that any proposed Jewish state would have to “transfer Arab populations out of the area, if possible of their own free will, if not by coercion.” After 750,000 Palestinians were uprooted and their lands confiscated in 1948-49, Ben-Gurion had to look to the Islamic countries for Jews who could fill the resultant cheap labor market. “Emissaries” were smuggled into these countries to “convince” Jews to leave either by trickery or fear.”  Naeim Giladi, Ben-Gurion’s Scandals: How the Haganah and the Mossad Eliminated Jews.

Thus, Hagee’s logic on Bible prophecy endorses land theft and tries to justify it with Scripture.  Further, it is a sign of a nation born way too late to fulfill the prophecies in the Bible. Observe that Peter said those who formed the “chosen generation” and “holy nation” already were being been born again, (1 Peter 1:22). What do we have here? A nation being born again in Peter’s day, i.e. in the first century, almost two millennia  before 1948!

Shall A Nation Be Born at Once?

The prophecy from Isaiah 66:7-9, which speaks of the earth giving birth in one day and the nation being born at once, is connected with the prophecy of Isaiah 54:1-3. It is applied to (Sarah), the Jerusalem of the New Covenant in contrast to the Old. Isaiah is describing the New Zion, i.e. the heavenly Jerusalem as the nation brought forth at once. When does it arrive? At the time Israel (Ishmael in the symbolical story of Galatians 4:21-31) is cast out (A.D. 70, as shown above), the new nation is born. This occurred  in apostolic times, thus in the first century.

John Hagee – 10 Road Signs to the End of the Terminal Generation?

On tomorrow, we cover part 4, The Jews Will Return Home, i.e. the regathering of Israel prophecies. These prophecies were fulfilled in the new Israel or body of Christ. So stay with us for the next installment as we examine Old and New Testaments in light of the words of Christ.