Israel’s Hope – The Body of Christ

The Body of Christ – The Hope of Israel 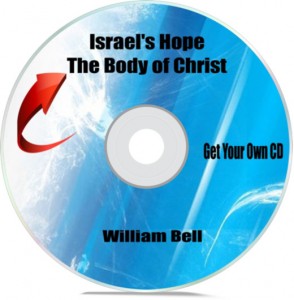 The Body of Christ is the Goal of Eschatology

People often ask, now that Christ has come and fulfilled all things, what do we have now, and what do we do now? First, we have the church, the body of Christ. That is what the Jews did not have under the Old Covenant that we have today. Those who feel that the church is some insignificant entity are casting aspersion on the Lord himself for the church is His body. Secondly, what do we do? We live, proclaim and experience the good news of the body of Christ which brings eternal life.

The Law, was but a shadow and type of the real thing. Thus, the body of Moses, the Old Covenant church consisting of Israel was not Israel’s hope. In the words of Paul, why does one hope for what he sees (Rom. 8:24-25)? That is the fallacy of claiming that God will restore Israel to their former land, covenant, temple, priesthood, sacrifices and their Law. It is to give them what they already had! Since Old Covenant Israel already had those things, how could any of what they had be considered their hope? That is one major fallacy in the Dispensational posit.

Shadows and Types Versus the Body of Christ

The shadows and types of the Old Covenant, consisting of meat and drink offerings, feast days, new moon festivals and various Sabbaths were a shadow of the things which were about to come. Paul uses the phrase, “the about to come things” to refer to the coming fullness of the body of Christ (Col. 2:17).  Since the about to come things were not yet consummated or perfected in fulfillment, they were future. This means they were not a part of the Old Covenant economy.

But Dispersed Israel Would Be Regathered

Some may object and say but the dispersed northern tribes had not yet been regathered so that was Israel’s hope. To this we agree that the regathering of Israel was an end time goal. But, were they to be regathered into that old body of Moses, i.e. into that temporal body that was perishing day by day (2 Cor. 4:16-18)? As Paul said, “For we know that if our earthly house, this tent, is destroyed, we have a building from God, a house not made with hands, eternal in the heavens” (2 Cor. 5:1) Therefore, the glorious heavenly body is not from Palestine, but from heaven. It is not temporal, but eternal. The goal of the earthly house clearly was destruction. In the words of Christ, “O Jerusalem, Jerusalem…See! your house is left to you desolate” (Matt. 23:37-38).

All Baptized Into the One Body of Christ

In 1 Corinthians 12:13, Paul addresses the inclusive body of Christ, showing that it consists of both Jew and Gentile. Here, we have a distinctive difference between the existing body of Moses, i.e. the Old Covenant church and the body of Christ, i.e. the New Covenant church. “For by one Spirit we were all baptized into one body –whether Jews or Greeks, whether slaves or free — and have all been made to drink into one Spirit.”

Here marks several distinctions or differences between the body of Christ and the body of Moses, i.e. the Old Covenant church.

The Holy Spirit was poured out in the last days according to the prophecy of Joel. Paul asks the Galatians who were being influenced by Judaizers to return to the Old Covenant this question. “O foolish Galatians! Who has bewitched you that you should not obey the truth, before whose eyes Jesus Christ was clearly portrayed among you as crucified? “This only I want to learn from you: Did you received the Spirit by the works of the law, or by the hearing of faith?” (Gal. 3:1-2).

Paul, in saying that by one Spirit, Jews and Gentiles had been baptized into the body of Christ, is saying that they are now living in the Spirit, not under the Law. The Spirit was not given to those under the law. Thus, they were being perfected, i.e going to perfection (Heb. 6:1), by having left the rudimentary principles of the Law. This shows the clear distinction between Old Covenant Israel, the body of Moses, and New Covenant Israel, the body of Christ. They received the Spirit as a pledge or earnest of the body of Christ which would be received at Jesus’ parousia (Eph. 1:13-14). That is the meaning of Col. 2:17.

The baptism of the body of Christ (Eph. 4:5)  is likewise a new baptism. The baptisms (washings) under the Old Covenant were for Israel only. The church of Christ had left behind the doctrine of baptisms, i.e. the Jewish washings, (Heb. 6:1-2). Those ordinances were imposed on Israel only until the “time of reformation.”

“As long as the High Priest performed his duties under the Old Covenant, the Bible says the way into the Holiest of all was not made manifest, which he equates to the continued existence and authority of the first tabernacle. “It was symbolic for the present time in which both gifts and sacrifices are offered which cannot make him who performed the service perfect in regard to the conscience– concerned only with foods and drinks, various washings (baptismois) and fleshly ordinances imposed until the time of reformation (Heb. 9:8-10).

The word, “aphentes” (2 aorist participle) of aphiemi, is a compound word from “apo” (from or away) and “iemi” to leave, carries the following meaning:

How could it be said, they had already left the body of Christ behind when it had not yet arrived in consummation? Why and how could they be leaving behind that which they were receiving as their hope? Why were others yet being baptized into that which others had already left behind? Why the need to get into what they were getting out of? Surely, this is problematic for those who deny the church today.

Further, as the text from Hebrews shows, what follows the time of reformation is the High Priesthood of Christ and the “about to come good things.” The text is parallel to Col. 2:14-17.

Cannot Give Up a Hope They Never Had

The Body of Christ an Eternal Inheritance

Were the things of Christ temporal? Did they only exist in hope, to be jettisoned or subjected to vaporization the moment they were received? According to Ephesians 1:10, God would gather together in one all things in Christ, both which are in heaven and which are on earth –in Him. That means that God was not only gathering the saints on earth into the body of Christ, but likewise those in heaven. The body of Christ therefore includes not only the saved on earth, but in heaven? Are we to conclude that the saints in heaven left the body of Christ also, since they too are part of the one family of God gathered together as one in Christ?

The hope of Israel is incorruptible and does not fade away (1 Pet. 1:4). The body of Christ is the hope of Israel. Therefore, the body of Christ is incorruptible and does not fade away. The place therefore that Jesus went to prepare to receive us to himself can be none other than the body of Christ. It is the new Jerusalem and the heavenly city which came down out of heaven from God. It is that house which was being built up a spiritual house on the foundation of the apostles and prophets, Jesus Christ himself being the chief cornerstone (Eph. 2:19-22; 1 Pet. 2:4).

Summary of the Body of Christ as Israel’s Hope

The body of Christ is that into which the Jews and Gentiles were being baptized, the former leaving the law and the latter leaving paganism and idolatry. The body into which Jews and Gentiles were baptized was not the body which Jews or Gentiles left behind. Therefore, the body of Christ is neither the Jewish Old Covenant system nor the paganism and idolatry of the Gentiles.