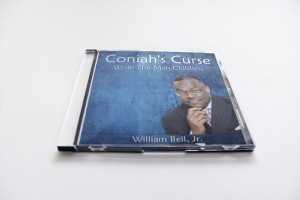 The significance of this point is missed. Isaac was Abraham’s natural seed, but through offering him up as a sacrifice ended that natural seed connection, “figuratively speaking.” This action is prophetic of what was to come later.

The point is God was showing that Abraham’s seed (through Isaac) was not through the flesh. Offering him up to death ended the natural connection as Abraham’s seed. Further proof that God disavowed ties to Abraham merely based upon DNA is demonstrated in the case of Jacob and reject Esau, both of whom were the natural seed of Abraham? (Rom. 9:6-13). However, before the two were born or had done good or evil, God said, Jacob have I loved; Esau have I hated.
If fleshly descent alone were the criteria for Abraham’s children, then why was Esau, not only a descendant of Abraham but Jacob’s twin brother rejected?
What is the point?

God demonstrated that “true” Israel was/is not through the flesh but through the power of the Spirit and the calling of God. The point made in Heb. 11:17-19, and which was demonstrated in Abraham’s faith in putting Isaac to death, is that he accounted that God was able to raise Isaac from the dead, which the text says he did in a figure.

Therefore, at that point, Isaac was no longer regarded as a “fleshly seed” of Abraham (as related to the promise) but he was the seed by God’s calling and power in raising him from the dead. That confirms the connection between Isaac and Christ. Isaac typified Christ, who also died to the Law (Lk. 9:31), making his “exodus” from the Old Covenant (the realm according to the flesh) to be raised by the power of God in the realm according to the Spirit (Rom. 1:3-4; 1 Pet. 3:18). See the “locatives” in the Greek on the latter text. Note this had nothing to do with their physical bodies for after the resurrection Christ yet had the same body, but was raised into a different sphere, i.e. that of the Spirit.

Thus, Christ is the only true seed of Israel and the one through and by whom all the seed are determined. Gal. 3:16 establishes that point well in that he says not to “seeds” as of many (i.e. the nation), but as of “One”, to your “Seed” singular which is Christ.

All (the natural seed) of Abraham and those of the nations (Gentiles) who accepted Christ are true Israel and had/have the right to the inheritance. Gal. 4:21-31 shows that the natural seed are in fact “Ishmael” and not Isaac. They were persecuting the true seed in Christ (Isaac, –sons of promise) and were therefore to be “cast out” as they would not inherit with the sons of the freewoman (Sarah, the New Covenant people).

Since God was only going to save the remnant (true Israel, Isaac), i.e. “all” true Israel, (Rom. 9:27-28), he did not cast away his people. But, not casting away his people begs the question of “who are his people” which is the point above. “They were not all Israel who were of Israel” neither were they all children because they were the “seed” (natural descendants) of Abraham. (Rom. 9:6-8) Some were Ishmael and some were Isaac, but in Isaac shall thy seed be called!

To make an argument or hold a position that all Israel are the natural seed is fallacious to the core and directly opposed to plain Scripture. Leaping over these verses to argue for natural Israel versus the remnant in Rom. 11:25-27 is neither wise nor logical, or reflective of the Biblical text.

All believing Israel (the true seed) were the proof that God had not cast away his people whom he foreknew. God never cast off the remnant. Israel did not object to God’s choosing Jacob and rejecting Esau. Neither did they object to God choosing Isaac and casting out Ishmael. Therefore, it should not be objected to that God rejects unbelieving Israel, the natural seed (sons of the bondwoman) in favor of the spiritual sons of promise, i.e. those from among the natural seed who accepted Jesus Christ, namely, the sons of Sarah.

Tags: in isaac shall thy seed, Isaac And Ishmael, promised. Jeremiah 31:35, Seed Of Abraham
« No More Tears From Bondage and Exile
Every Eye Will See Him Revelation 1:7 »