Is the Kingdom of God Present on Earth? 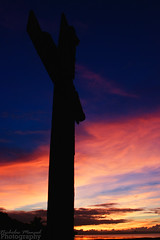 Is the kingdom of God present on earth?
Perhaps you would ask why, if there is so
much evil in this world would anyone
think that God’s kingdom is here?

Or, how could God be reigning over men
while we yet live on earth? It seems we
have a world that has lost sight of the
unseen.

Perhaps only in the world of religion and
personal development (which is a practical
outworking of religion) do people give
more value to the existence of invisible
realities.

I used to be a lineman for the local utility company. Having experienced the shock of static electricity of power lines that were near energized lines, I know that electricity is real. Yet, I’ve never seen it.

Not only did I experience static electric shock, similar to the charge you get from walking across the carpet and touching a metal door knob, only with much more kick), I also came very close to being electrocuted.

One day during my twenties while at work, I literally saw my life flash before my eyes. Under the power of high voltage electric shock for a few seconds (which seemed like minutes), my brain functioned, I could think, see and even attempted to call for help.

However, all my muscles were frozen. I couldn’t release my hand from the energized neutral line. No sound would come out of my mouth though I was shouting for help, and then I began to pass out.

The weight of my 220lb (all muscle at that time body) began to slide down the utility pole and that’s how the connection was broken.

I actually regained consciousness before sliding all the way down the pole and climbed safely down to the ground, virtually unharmed except for a small blister on my right finger the size of a pin-head.

Needless to say, I didn’t work the rest of the day, but went home early.

Now I didn’t see the electricity.But, I knew it was there. I felt the current running through my body, which felt like vibrations from leaning on an automatic washing machine or from a strong power tool.

Llike electricity, the kingdom is not visible to the eye, but there are clear evidences  in scripture of its arrival and presence.

Christ Announced the Kingdom Had Drawn Near

Secondly, after healing a demon-possessed, blind and mute man, the multitudes questioned whether Christ was the Son of David, i.e. a king, hence the one who would establish the kingdom prophesied in Daniel.

However, when the Pharisees heard it, they charged that Jesus’ cast out demons by Beelzebub, the ruler of the demons? This, Jesus says, would divide Satan’s kingdom resulting in its downfall. (Matt. 12:22–26).

However, since the Pharisees claimed to exorcise demons, Jesus asked ‘by whom did they cast them out?’,turning the argument back upon them. He added that he cast out demons by the Spirit of God, thus implying that the kingdom of God had come in their midst. (Matt. 12:27, 28).

The Kingdom of God Came Before Some Then Living Died

Thirdly, Jesus promised that he would come in His kingdom, before some who stood in his presence died.

“Assuredly, I say to you, there are some standing here who shall not taste death till they see the Son of Man coming in His kingdom.” (Matt. 16:28)

Jesus, confident and assured that the kingdom would soon arrive, declared some who stood in his presence would live to see it. In other words, they would not die, until the kingdom had come.

That leaves us with two possible conclusions. Those disciples who stood with Christ in the first century have died and thus the kingdom has come. Or, Christ lied and they are yet alive on earth today!

The latter option, impossible on both accounts, leaves us with one reasonable solution. The kingdom is here, though invisible, Luke 17:20)

The Kingdom Came When Titus Destroyed Jerusalem in 70 AD

Finally, the kingdom would come when Jerusalem fell to the Roman invasion of Judea. In perhaps the most hotly debated texts in the Bible, (Matthew 24 and its parallels in Mark 13 and Lk. 21), Christ announces the arrival of the kingdom.

The prophecy concerning the destruction of Jerusalem was the final prophecy to be fulfilled which would establish Christ as reigning upon the throne of David.

The Lord announced that when Jerusalem fell, (depicted in the apocalyptic symbol of the darkening sun, moon and the stars falling from heaven, Matt. 24:29, Lk. 21:25), all the tribes of the land would see him coming upon the clouds of heaven, Matt. 24:30, Lk. 21:27).

The disciples were told to look for those signs and when they saw them come to pass, they would know the kingdom of God had drawn near.

“So you also, when you see these things happening, know that the kingdom of God is near. Assuredly, I say to you, this generation will by no means pass away till all things take place.” (Luke 21:31, 32).

The event so sure to happen, that Christ said, his generation would by no means pass away till all took place. This happened in 70 A.D. For these are the days of vengeance that all things which are written may be fulfilled, Lk. 21:22)

In summary, in answering the question, is the kingdom of God present on earth? we offer the following: Since Jesus cannot lie, he announced the time was fulfillled and the kingdom had drawn near. He cast out demons by the Spirit of God, evidencing the nearness of his heavenly reign.

It would arrived before some then living died. They have all died. Therefore the kingdom has come. Finally, the destruction of Jerusalem evidenced the time of the Lord coming in his kingdom.

To learn more about God’s kingdom on earth, pick up your copy of the The Re-Examination by William Bell. Click here to order over secure servers.

Click here to cancel reply.
« Will We Face The Great Tribulation?
Alive Till Son of Man Comes? »