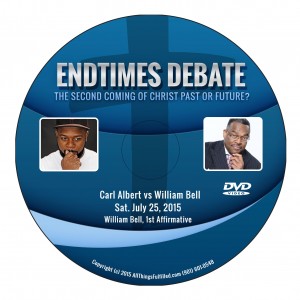 Later today, I will conduct a Live Google Hangouts. This will be part 2 of my reply to Carl Albert’s critique of a resurrection study which Don K Preston and I did at the end of one of his Preterist Pilgrim Weekends.

It’s been a while ago so I don’t remember the year. At any rate, Mr. Albert, whom I debated in July of this year (2015) responded to it. He stated he was using it to prepare for his debate with Michael Miano. I’m not sure that debate occurred.

We presented our response in A Google Hangouts Part I yesterday. The Hangout has a two-hour window, but we will be completing it as soon as we get through all of the objections for the time allotted.

Some of the topics we’ll cover are:

Here is the Google Hangout Out Info:

Yesterday’s hangout was well-received by those who were given a pass to attend. We expect this one to be very informative as well. So if you’re looking to brush up on your resurrection chops, this is the place to be.

If you’d like to watch the previous video, you can find it at this link: Resurrection Video.  I couldn’t get my camera to work on this one so you’ll mostly be listening to the audio. There should be a way to download it if you want.

There’s lots of good information in the video and maybe a few nuances you haven’t considered or just need a refresher on. It’s always good to see the angles others throw at covenant eschatology in their attempts to refute it.

It also gives us opportunities to either consider new articles or new angles for approach.

If you’re not able to attend the live-stream, you can always watch the replay at YouTube or from my AllThingsFulfilled Google plus page.

I will update the website with the finish video also to make it available to those who do not have the convenience of watching a live event.

We appreciate any and all feedback available on the use of the Live Streaming. Be sure to check out the shop page. Leave any questions you may have on the event.