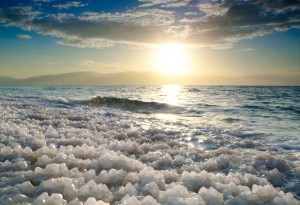 It is intriguing how many exegetes turn dispensational in their interpretations of Israel’s land promises.

In Chapter 22, he gives an extended study on the land promises of Israel. He acknowledges that the restoration through Christ does not return believing people to a physical land as a mark of their redemption.

Hello! Then why, if Christ did not return them to a physical land, does he seek to do so?

“Redeemed people do not go to a geographical place to be redeemed; rather, they flee to Christ and God for their salvific restoration.” NTBT, p. 750.

Beale makes some startling admissions. In addition to the above quote, he says:

“There is also reference to Christians who will experience the “rest” that Israel should have experienced in the promised land, but here the ‘rest’ is the focus, and the land of Israel appears to be typological of a rest that is spiritual.” Ibid, p. 751, Hello again!

Then in an almost unbelievable statement, he wrote:

“The physical way these land promises have begun fulfillment is that Christ himself introduced the new creation by his physical resurrection.” Ibid

Beale cites his book, “The Temple and the Church’s Mission” in which he successfully argues that Christ is Israel’s new temple, the beginning of the new creation, and the place of God’s rest, i.e. the eschatological Sabbath, (Matt. 11:28-30; Heb. 4:1-11).

Get Important Updates
A temple implies land, and so does a people who inhabit the new creation. Why, then is not Christ also the new land? We suggest that he is.

Christ is called the “beginning of the creation of God”. He is the “firstborn” from the dead and the “firstfruits of them that slept”. However, he is not the firstfruits of those who rose from physical death. Several resurrections had occurred in the Old Testament.

Further, the death of which Christ is the antitype is the death of Adam. For as in Adam all die, even so in Christ shall all be made a live.

The death of Adam continued through the covenant of Moses, but does not extend beyond the end of Moses’ covenant. Death reigned from Adam to Moses. If physical death did not end at the termination of Moses’ covenant, it is not the death of which Christ is the firstfruits.

In fact, to use physical death violates the very principle of “firstfruits”, which was a pledge of a harvest already begun. Beale acknowledges there is an “already but not yet” to this fulfillment. The problem is that he moves in the opposite direction of scripture. (1 Cor. 15:45-46)

The text teaches “first the natural” then the “spiritual”. Beale, referring to this “two stage” process as the “inauguration of this fulfillment” and “installment fulfillment” says the initial stage occurs first with the natural occurring at the end.

The Natural Is Typological of the Spiritual

Beale hints that the natural is typological of the spiritual, which demands the type comes first, not last, but his statement is weak, saying that the promised land appears to be a type of what is spiritual, even citing Heb. 11:13-16. Note his comment:

“What references there are to the land in the NT seem to be spiritualized.”

If those promises are being fulfilled in the resurrection of Christ it must be the case that Christ’s resurrection fulfills “spiritual” not physical promises.

Christ’s Resurrection Occurs in the Realm of the Spirit

It has nothing to do with Christ’s physical body. Jesus made it very clear that his physical body was the same body placed in the ground.

“Behold My hands and My feet, that it is I Myself. Handle Me and see, for a spirit does not have flesh and bones as you see I have.” When He had said this, He showed them His hands and His feet.” But while they still did not believe for joy, and marveled, He said to them, “Have you any food here?” So they gave Him a piece of a broiled fish and some honeycomb. And He took it and ate in their presence.” (Lk. 24:39-43)

Based on the above, there is no contrast of biological flesh versus non-biological flesh. That is a false dichotomy and an attempt to fit a square peg into a round hole.

For when we were in the flesh, the sinful passions which were aroused by the law were at work in our members to bear fruit to death. But now we have been delivered from the Law, having died to what we were held by, so that we should serve in the newness of the Spirit and not in the oldness of the letter.” (emp. mine, wb)

When the believers died with Christ in baptism (Rom. 6:3-4), they died to sin and the law (see full context of Rom. 5:12-6:10). That is the death of which Paul speaks in Romans 7. Note they were in the flesh, died to it, and were raised in the Spirit through baptism into Christ’s death.

The Requirement of the Law Fulfilled

Yet, the biology of these saints had not changed. So if the requirement of the Law was fulfilled by those who walk in the Spirit, they having “died to the law”, how could they be in position to receive the land promise of the Law? They were no longer under it.

Unless the New Covenant promised them a piece of physical real estate, they have no promise of the land. That can only mean, that in the realm of the Spirit, no such promise of physical land exists. Yet, God said “Blessed are the meek for they shall inherit the land” (Psa. 37:11; Matt. 5:5).

The key to that is to realize that kingdom of God is that which fulfills the land promise of the Old Testament, and that in Christ. Thus, the new land is Christ and his kingdom. What can be greater and larger than God and his dominion?

It has no basis in Scripture. It’s time to stop selling out to these Zio-Dispensational frauds. Paul wrote to the Romans and said, “But you are not in the flesh”. Did he mean they had already been raised from physical death? Absolutely not. But they had died to the flesh. (Rom 8:8-9)

Further, they formed part of the “firstfruits” in solidarity with Christ, the “first of the firstfruits”. See Rom. 8:23; Jas. 1:18. That means they were already participating in the resurrection.

Must Believers Die To The Spirit?

If death to the flesh brings one into the Spirit, then it must follow that re-entering the flesh means dying to the Spirit. That is apostasy. Yet, the only access to the land promises was in the realm of the flesh, the natural. Is real estate more important than salvation?

We have considered G.K. Beale’s view of Israel’s land promises, showing they were to be fulfilled in the realm of the Spirit. We established that Christ’s resurrection of which he is the firstborn and firstfruits is not focused on his biology or physical body. It rather focused on two covenantal modes of existence.

The believers who followed Christ by dying and rising with him, also were delivered from the flesh by dying to sin and the law. They, as was Christ were cut off from and renounced the physical land promises of Israel by dying to the Old Covenant. Besides, the value of that real estate decreased considerably after Titus marched on the city and conquered it in 70AD.

The only way to return to the land promises are to renounce the realm of the Spirit and re-enter the covenant of Moses. That is an impossibility since that covenant no longer exists and has been done away. There is only one hope of the gospel. It is salvation through Christ or none at all.

“For all the promises of God in Him are Yes, and in Him Amen, to the glory of God through us. (2 Cor. 1:20). All of God’s promises are in Christ and are fulfilled in Christ to God’s glory.

Hopefully, as time permits, we will cover more on Beale’s land promise paradigms. 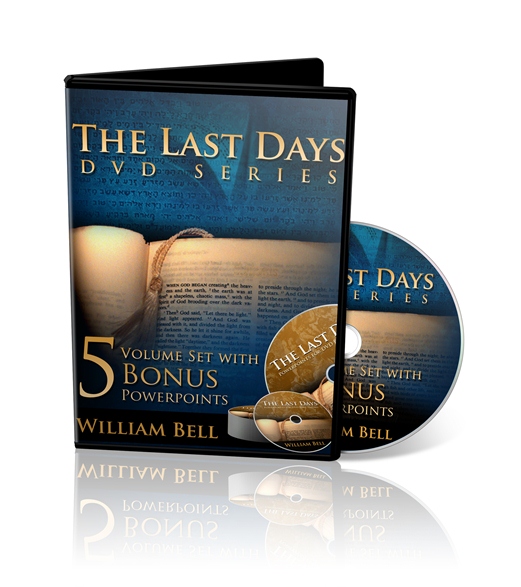