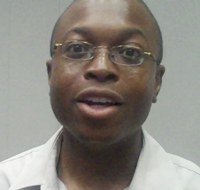 The life of the Christian is described as a walk. In speaking of the conversion from Judaism and paganism, Paul often described the new life in Christ as light. The reason is simple. Christ is the light of the world, (John 8:12). God is light, (1 John 1:5). For this reason, the heavenly city, the new Jerusalem or church also called the kingdom in scripture needs no light of the sun or moon because the God illuminates it and the Lamb is its light. (Rev. 21:23)

The Light Began to Break Through In the Jewish Age

The transition from darkness to light began with the preaching of the gospel of light. “But even if our gospel is veiled, it is veiled to those who are perishing, whose minds the god of this age has blinded, who do not believe, lest the light of the gospel of the glory of Christ, who is is the image of God, should shine on them.” (2 Cor. 4:3-4) Satan blinded the minds of those who lived in the Jewish age. Because of sin, darkness enveloped that age.

Man Is Determined By His World

Perhaps one of the most interesting studies today is that man is not independent of his social, economic, political, emotional, etc. environment. In the study of human accomplishment, context largely defines why some excel while others fail. Two books I have read lately are receiving lots of attention. Geoff Colvin’s “Talent is Overrated” and Malcom Gladwell’s the “The Outliers.” These books and the dialogue around them occurring in our educational and business  institutions demonstrate the truth the old African proverb that it takes a village to raise a child.

In like manner, one’s environment is a greater predictor of his behavior, accomplishments and lifestyle than his talent or individual efforts, although they are important. The same is true in the realm of the two ages, the age of darkness (Jewish age) and the age of light (Christian age). These ages are respectively called “this age” and the “age to come” in Scripture. Satan ruled the former through sin, God and Christ rule the latter through righteousness.

It was essential to deliver man from the world of darkness. In that world, he could not attain to the righteousness of God. Miracles were an instrument of transition. This is why they were poured out in the last days of the Jewish age. However, their purpose was to facilitate transition into the age to come, the age of light.

Life in the Age of Light

Paul’s words to the Romans state this very effectively. I beseech you therefore, brethren, by the mercies of God, that you present your bodies a living sacrifice, holy, acceptable to God, which is your reasonable service. And do not be conformed to this world [aeon, age (Jewish)] but be transformed by the renewing of your mind, that you may prove what is that good and acceptable and perfect will of God. (Rom. 12:1-2)

The walk of the Christian in the age to come is the fruit of the Holy Spirit. After speaking about those who lived in the darkness who would not inherit the kingdom of God, Paul admonishes and exhorts the church not to be partakers with them, (Eph. 5:1-7). Speaking of their transition from that way of life, he writes:

“For you were once darkness, but now you are light in the Lord. Walk as children of light (for the fruit of the Spirit is in all goodness, righteousness, and truth), finding out what is acceptable to the Lord. And have no fellowship with the unfruitful works of darkness, but rather expose them. For it is shameful even to speak of those things which are done by them in secret. ” (Eph. 5:8-12). See also Galatians 5:16-26.

From theses verses we learn that in the world of light, Christians are called upon to walk reflecting the environment in which they live. They were to begin living that way even before that age arrived. In other words, they were to live and act as though they were already in the age to come because they had tasted of its powers, (Heb. 6:5).

The Fruit of the Spirit is a Life of Responsible, Ethical and Righteous Living

While the miraculous gifts were transitional and temporary, the fruit of the Spirit are the end result and permanent. The message is clear. One could be saved without speaking in tongues or by having the gift of prophecy to understand all mysteries or even by having the kind of miraculous faith that could remove mountains, (1 Cor. 13:1-2). But  without the fruit of the Spirit, i.e. walking in love, goodness, righteousness and truth one could not inherit the kingdom of God.

Neither were these things temporary. They did not belong to the Jewish age. They belonged to the age to come, the Christian age. Paul said walk “as” children of light.  Walking in the world of light is the essence of resurrection in the kingdom of God.

Click here to cancel reply.
« Is Obama the Antichrist?
Resurrection and the Life of Glory »