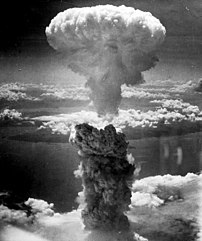 Have you ever had one of those I
can’t believe I’m reading this”
moments?

Perhaps you thought that when you
read the title, “Does Your Eschatology
Need A Terrorist?

Well strange as it may seem, that is
exactly what the dispensationalist
view of a future Rapture demands.

terrorists were not cooperating with their endtime program.

You see in dispensational eschatology, they have some major problems
with fulfillment of the Lord’s second coming.

One, they have turned a past event into a future event.

Two, since all the prophecies related to the past event are already fulfilled,
they need new current events to give their end time paradigm fuel to create
an appearance of reality for fulfillment.

They will be the first to tell you that until certain things happen Christ
cannot come. Yet, in the same breath, they will tell you that his coming
is imminent at any moment!

Listening to Dispensationalism is like watching the newscast. Almost
everything in their program is negative.

They even have a Rapture Index with dozens of indicators that show
the likelihood of Christ’s arrival.

They measure doom and gloom like its the Dow Jones Industrial or
the Standard & Poor 500 indexes.

Of late, they report that since November 10th, the Rapture Index is
down 22 points from it’s high in September 2001.

Do you remember what happened in September 2001? That was 9/11,
when the terrorists destroyed the Twin Towers killing over 2000 people.

This drove up the Rapture Ready Index, (the stock market of doom and gloom!)

They thought the world was going to end. Since things have calmed down
they’re losing their grip on reporting terrorists acts for their eschatology
paradigm.

It reminds me of an investment lesson I learned from the Charles Givens’
organization years ago.

In other words, without such events, Christ cannot return as they see it.
They are twiddling their thumbs offering up imprecatory prayers that
perhaps Iran or some other nation will fire off a nuclear weapon to start
Armageddon, so they can be validated.

What a sad state of affairs. They’ve been preaching this doom and
gloom for over a 100 years. What is their solution to all this?

They want the world to progressively get worse so Christ can return and
Rapture them out of it swooping them off to heaven in a whirlwind, and
leaving everyone else behind to suffer.

However, change came within God’s eschatological program over 1900
years ago. Christ returned as the prophets stated within the first century
generation, (Matt. 24:34).

It had nothing to do with contemporary events of our day. The world, in
spite of its many faults has gotten better and continues to do so. Even
the “Rapture Index” confirms it!

Learn more about the “peace” of fulfilled eschatology. See the author’s
book entitled the Re-Examination, A Study of the Second Coming in A
70 AD. Order now via secure server. Click here.

Click here to cancel reply.
« Is All Bible Prophecy Fulfilled?
A Natural and a Spiritual Body? »