Dispensationalism – Was The Church an Accident for Christ’s Failure to Establish the Kingdom? 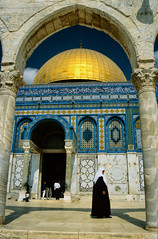 Dispensationalism: Was the church an accident
for Christ’s failure to establish the kingdom?

The theology that teaches that Christ postponed
the kingdom and yet await its establishment at the
millennium is what’s known as Dispensationalism.

It is a rather recent teaching (past 200 years) in the
area of eschatology (study of last things) which
includes the second coming and its related events.

establishment of the kingdom.

In that view, the church became a substitute, an interim entity to “pacify” the world until God fulfills his promises to “ethnic” Israel.  I am using the term “ethnic” Israel to accomodate its use in Dispensationalism to refer to “blood” descendants of Abraham and whomever else they may include in their use of it.

Thus, according to Dispensationalism, there are two promises which run side by side, one for the church and one for ethinic Israel. The latter allegedly will be fulfilled at some time in the future when Christ would come to set up a literal throne in Jerusalem and reign on earth for a literal thousand years.

The literal thousand years reign is what is known as the millennium.  Preceding this event is a seven year tribulation ending with the rapture, thus called the seven year pre-tribulation rapture.

Other variations of the view are a mid-tribulation rapture theory which allegedly occurs half way during the tribulation or after three and a half years.

Dispensationalism – Was the Church an Accident for Christ’s Failure to Establish the Kingdom?

First, this raises the question Abraham asked? Is there anything too hard for the Lord? Apparently so, if the unbelief of the Jews effected a failure of Christ to do what God sent him to do. Christ said it was his food [mission in life] was to do the will of the Father who sent him and to finish the work, (John 4:34). A part of that work involved his suffering on the cross as prophesied in the Law, (Gen. 3:15; Isa. 53, Psa. 22, Dan. 9:26).

At the close of his ministry, he said, “it is finished,” indicating that part of his mission was completed, (John 19:30). Therefore, it is quite difficult for those of us to accept the “God failed theology” of “change of plans eschatology.”

We are told by advocates of Dispensationalism that the promise of God to “ethnic” Israel remains separate from that of the church. We’re also told that it begins with the promise to Abraham in Genesis 12:3. This, they say is where it all begins.

Now the Lord had said to Abram: Get out of your country, from your family and from you father’s house, to a land that I wil show you.

I will make you a great nation; I will bless you and make your name great; and you shall be a blessing.

I will bless those who bless you, and will will curse him who curses you; and in you all the families of the earth will be blessed.”

Now, if this is the begining of the promise to “ethnic” Israel separate and apart from the church, “Houston, we have a problem.”

The Promise Includes the Gentiles

Now, if this is the first mention of the promise to “ethnic” Israel, this promise also includes the Gentiles. Paul also applies it to those “outside” of ethnic Israel.

Therefore, know that only those who are of faith are sons of Abraham.

And the Scripture, foreseeing that God would justify the Gentiles by faith, preache the gospel to Abraham beforehand, saying, “In you all the nations shall be blessed.”

“So then those who are of faith are blessed with believing Abraham.” (Gal. 3:7–9)

So, for both Israel and the Gentiles, the promise of blessings originate at the same time.

According to Dispensationalism, Gentiles Received the Promise Outside or Apart from Ethnic Israel

Now, if I’m understanding them correctly, it is argued that the Gentiles receive the promise in the church, while the promise to the “blood line” descendants runs parallel or along side of it, but separate and distinct from it.

Remember, according to their view, the church is parenthetical, an accident that waited to happen, —that came about as a result of Christ’s failure to establish the kingdom. Keep this in mind.

The Gentiles Were To Receive Their Promise of Abraham in the Church!

The promise of bringing in the Gentiles to inherit the blessings of Abraham fulfills the mystery of God kept secret from men in the ages before that of the Apostles. Paul spoke of God revealing the mystery to him. What is the mystery?

How that by revelation He made know to me the mytery (as I have written already,

“By which when you read, you may understand my knwledge in the mystery of Christ),

which in other ages was not made known to the sons of men, as it has now been revealed by the Spirit to His holy apostls and prophets;

that the Gentiles should be fellow heirs, of the same body, and partakers of His promise in Christ through the gospel.” (Eph. 3:3–6).

Now here is the question we’d like to pose for Dispensationalism.

If the Gentiles were a part of God’s promise at the call of Abraham, i.e., at the very same time that the “ethnic” Jews received the promise of Abraham, and since the Gentiles would receive the blessing in the church, how could the church be an accident, temporary or parenthetical arrangement and manifestation of Christ’s failure to complete his mission?

Now that’s a rather lengthy statement, so let me clarify.

Now, if the fact that the Gentiles and by necessary inference, God included the “one body,” i.e. the church in the promise of Abraham makes it an accident or afterthought, why would not the inclusion of “ethnic” Israel make them an afterthought as well? One cannot deny the Gentiles without denying Israel and vice versa.

Further, if some argue that “ethnic” Israel is also separate from believing Israel or the remnant in the last days who are saved in the church, then one must also exclude “believing” Israel (many of whom were “ethnic” Jews) on the same basis the Gentiles are denied, namely, because they received the promise of Abraham through the church.

Therefore the salvation of “believing” Israel, i.e. the remnant according to the election of grace represents the failure of Christ. See again Galatians 3:7–8, above.

We Believe We Shall Be Saved Even as They

This complexity compounds especially in view of the fact that Peter declares that upon the acceptance of the Gentiles into the church, which formerly was comprised primarily of “ethnic Jews” (and proselytes, —converts to Judaism), that they would be saved even as were the Gentiles.

“But we believe that throught the grace of the Lord Jesus Christ we shall be saved in the same manner as they.” (Acts 15:11).

So the Jerusalem conference voting preference leaned in the direction of the Gentiles, in determining the manner of salvation, i.e. that it was in the church, versus separate and apart from it.

In addition, Paul argues that all the faithful Old Testament saints, including “ethnic” Israel who died, yet awaited to be included in the number of the “church” people, i.e. the remnant and the Gentiles, to obtain the Abrahamic promise.

“And all these died, having obtained a good testimony through faith, did not receive the promise,

God having provided something better for us, that they should not made perfect apart from us.” (Heb. 11:39–40)

These “ethnic” Jews who died in faith, could only obtain their portion of Abraham’s blessing, i.e. the promise by being resurrected into the church. They were not getting one inch of Palestinian real estate.

Further, Paul affirmed that the fact that David promised an additional rest for God’s people demonstrated that for those like himself who were in the land already, that they had not received the promise of Abraham, i.e. the land, also called the rest!  See Heb. 4:1–9.

In all of this, he affirms that a rest remained for the people of God. The rest was being entered by the remnant and the Gentiles. The rest was not Canaan as it was then presently inhabited by David and “ethnic” Israel. If it were, God would not have spoken of another day, (Psa. 95:11).

Therefore, his conclusion was there remained a rest, —a homeland” to the people of God, but in this case, it is the church comprised of the remnant “ethnic” Jews, and proselytes, etc who believed in Christ” and the Gentiles.

So, now do we have two land promises? One to those who believe in Christ, the believing remnant and Gentiles, and another to unbelieving “ethnic” Israel?

Also interesting is the fact that this remnant of Jews and Gentiles in the church (Heb. 12:22–23), was likewise then presently receiving the kingdom, (Heb. 12:28).

Since this kingdom was being received by all believing Israel, why was it not the kingdom being restored to Israel?, (Acts 1:6–7)? Was God that confused or is it those who espouse Dispensationalism? I suggest the latter.

To learn more about this lesson and others available in mp3 audio, enroll at our blog. Get access to audio and other studies. Do it now!