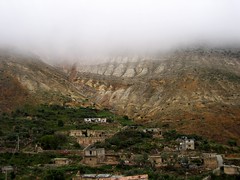 Did Zephaniah Read the Mayan 2012 Prophecy? First, who was Zephaniah? He was ninth in the literary order of the minor prophets, the son of Cushi, and great-grandson of Hezekiah.  (Zeph. 1:1) He prophesied in the days of Josiah, king of Judah (B.C. 641-610). He was also a contemporary of the prophet Jeremiah.

Zephaniah was an inspired prophet of God. He received his message from the Spirit of God. He prophesied that God would bring the world to an end.

Not only did God say he would destroy everything from the face of the earth, he also said he would burn it up.

But the whole land shall be devoured by the fire of his jealousy, for He will make speedy riddance of all those who dwell in the land. (1:18; 3:8)

We must ask, does Zephaniah prophesy the end of all life from the planet? Does he predict a fiery conflagration at the end of time? Certainly, the words of Zephaniah imply that and more. He said the great day of the Lord is near; it is near and hastens quickly. (1:14)

Without knowing the historical background and contextual setting of Zephaniah’s prophecy, one could easily belief that he predicts the end of life on the planet as we know it. However he does not. Zephaniah’s prophecy is covenantal. That means applies to the people of the covenant, namely the covenant of Moses. He identifies the land wherein the prophecy is fulfilled as “Judah and Jerusalem”

“I will stretch out My hand against Judah, and against all the inhabitants of Jerusalem, I will cut off every trace of Baal from this place, the names of the idolatrous priest with the pagan priests.” In other words, God would punish Judah and Jerusalem for the worship of idols.  It is common in scripture for God to use language which to us sounds as though the planet is about to be wiped out.

Yet, Zephaniah spoke not of the end of the universe, but of the Chaldean (Babylonian) invasion of Judea and destruction of the temple of Solomon in 586 BC.  The language employed is that which is common to the fall of nations throughout both the Old Testament and  the new. In fact, this is the source from which the Apostles of the New Testament drew their messages of the end.

What is interesting is that Zephaniah uses the world erets (Hebrew for earth), but which is correctly translated land over 1000 times in the Old Testament. The Greek equivalent of erets is ge. This term is used in many New Testament passages which speak of the end time events to come upon the earth. See Matthew 24:30, Luk. 21:35, Rev. 3:10. Most significant is that 2 Peter 3:7-12, uses the same language found in Zephaniah to speak of the destruction of the land by fire.

Now, does 2 Peter 3, refer to the end of the universe? Many Bible expositors belief so. Yet, the word “ge” (translated earth) which means land means no more in 2 Peter 3, than it meant in Zephaniah. The irony of it all is that 2 Peter 3 is likewise discussing the destruction of Jerusalem and the second temple, i.e. Herods, which the Romans destroyed in A.D.70. Peter uses the same language Zephaniah used to discuss the event.  In his first epistle he said the day was at hand, that the time of God’s judgment had come and that the day hastened upon them using the exact words as those found in Zephaniah.

The truth of the matter is, both Zephaniah and Peter drew their language of the fiery destruction of the earth (land of Palestine) from Moses per Deuteronomy 32:22. Moses said of Israel in their last days, that the fire of God’s anger would burn to the lowest hell and consume the earth (erets) or land and set on fire the foundations of the mountains.  Neither text spoke of the end of the planet, but only the end of Israel.

You may compare God’s use of erets in the promise made to Abraham. “Now the Lord had said to Abram: Get out of your [erets] country, and from your family and from your father’s house, to a [erets] land that I will show  you.” (Gen. 12:1) Now does God tell Abraham to leave the earth so that he could show him a new earth? This is the same word used in Zephaniah and its Greek equivalent is used in 2 Peter 3. The Septuagint (LXX), Greek translation of the Old Testament, often translates erets with ge, or land, whether speaking of the land of Canaan, or the land of Egypt, etc.

So, the Bible knows nothing at all about the end of the planet. Those who are afraid of the bogey man Mayan calendar 2012 prophecy have nothing to worry about when they understand the Bible. The movie is simply entertainment, not factual. The Mayan calendar is a pagan calendar and its prophecy is false.  For a more in depth study on the subject, see my new book and audio CD Set All The Earth Destroyed?