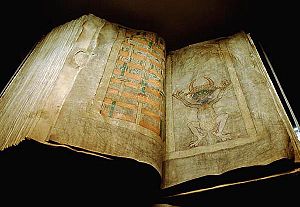 Did Paul preach the gospel of the
imminent kingdom of God?

In some of the most bizzare
writings, of desperate men
who try to refute a first century
return of Christ.

It is said that Paul did not preach
the gospel of the kingdom.

This is a trumped up charge because of the impact and influence that fulfilled Bible prophecy exerts in the realm of Dispensationalism.

What a shame that men stoop to this level, to deny that Paul taught the

gospel of the imminent kingdom of God?

It isS asserted that the gospel of the kingdom of God is not preached in the book of Acts, by Paul or anyone else. This is an example of how shallow some men are in their approach to eschatology.

Basic hermeneutic principles are ignored by this reckless approach to the Scriptures.

Luke records that after Paul had been stoned and dragged out of the city for dead, he departed from Iconium with Barnabus and headed for Derbe. Next, the text reads:

And when they had preached the gospel to that city and made many disciples, they returned to Lystra, Iconium, and Antioch, strengthening the souls of the disciples, exhorting them to continue in the faith, and saying, “We must through many tribulations enter the kingdom of God.

How can anyone claiming to represent the gospel make such a blunder on Paul’s mission and message?

Only because they are so focused on grinding their axe against Preterism, they can’t see the forest. Time to sharpen the axe a bit.

Shortly after the persecution and death of Stephen, Philip went down to Samaria and preached Christ to them. According to the text, his message was the kingdom of God.

“But when the believed Philip as he preached the things concerning the kingdom of God and the name of Jesus Christ, both men and women were baptized.”  (Acts 8:12)

Apparently the Samaritans thought this message of the kingdom was some pretty “Good News.”

After arriving in Rome and for two years, Paul received all who came to him while preaching the kingdom of God and teaching the things which concern the Lord Jesus Christ…” (Acts 28:30–31).

Although Paul’s message was primarily to the Gentiles, it is obvious that he taught that salvation was of the Jews, therefore he had a Christ-centered message on the kingdom.

Let Him Be Accursed

Paul stated that anyone Swho preached a different gospel should be accursed. (Gal. 1:6–9). His eschatology was the imminent kingdom of God. That is precisely what Christ taught in the Olivet discourse.

“Likewise when you see these things come to pass, know that the kingdom of God is near,” (Luke 21:31). This is the kingdom Jesus taught in connection with his coming in AD 70.

It is the kingdom which came in the first century generation, though some 40 years after Johh, the baptizer.

Why was Christ yet in his ministry and before his crucifixion speaking about the kingdom of God coming after John’s death in the context of Jerusalem’s fall?  Don’t expect an answer from a die-hard Dispensationalist.

That is the same gospel of the kiSngdom he announced in Matthew 24:14, in the same message

One Response to “Did Paul Preach the Gospel of the Imminent Kingdom of God?”

Click here to cancel reply.
« What Does Paul Say About Daniel 12 and the Time of the Resurrection?
Are Butcherknives the New Hermeneutic of the Gospel of the Kingdom? »