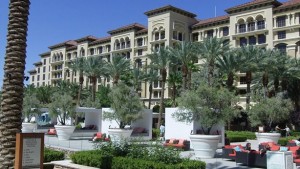 Daniels 70 Weeks prophecy is critical in providing an understanding of the Little Horn of Daniel 7. Knowing that the end times prophecy operates within a time parameter can help to identify the meaning by assigning it to the proper historical period.

Who is the little horn of Daniels 70 Weeks Prophecy? It is often claimed to be Rome, or a king or emperor of Rome. But, is this true and is this possible? Let’s take the second question first. Is it possible that the “little horn” of Daniel’s prophecy could refer to one of the Caesars? The assumption is made that the 4th beast of Daniel 7, (Rome) which is said to have 10 horns has 11 horns. This is bad math.

How can a 10-horned beast become an 11 horned beast? Those who opt for the historical method and the assigning of dates throughout history find such to be convincing. On the other hand, we find it to be a bit disturbing and lacking in exegesis.

In our opinion, if the inspired text defines the 4th beast as having 10 horns, then he cannot have 11. Otherwise, he would have 11 horns, and nothing in the text describes the 4th beast that way. Even in Revelation 13:1, the beast is yet said to have 10 horns, and not only that but ten crowns upon those horns so if there were an 11th horn he would be short of a crown because there were only ten.

So nothing changes from Daniel to Revelation.  Let’s examine the little horn of Daniels 70 Weeks prophecy in a bit more detail. That covers the first question also.

The phrase, “before whom three of the first horns were plucked up” (Dan 7:8) is descriptive of something which happens in the presence of the little horn but not by him. Also important to note is that the three horns are three kingdoms, not three kings. They equate with the first three kings/kingdoms mentioned in the image of Daniel chapter 2.

They are Babylon, Medo-Persia and Greece. What’s significant is that at the beginning of the Babylonian kingdom, the 10 horned beast (Rome) did not even exist! What is critical about the little horn is that he existed along side or concurrently with all three beasts which extended for more than three centuries. This means it could not be a man or human king.

It could not be Rome, therefore, it has to be a nation or enterprise which existed throughout this entire history. Is there a clue? Yes, Daniels 70 weeks prophecy gives us several clues.

Clay and iron do not mix and neither did Israel and Rome.

Conclusion on the Little Horn of Daniels 70 Weeks Prophecy

In light of the above, we suggest the little horn is ancient national Israel. Israel survived each of the three previous nations and watched each of them fall not by her, but in her presence. Ancient Israel, also came up among Rome, but was not a part of Rome except in the “miry clay” alliance by subjection to the government.

Israel was destroyed at the parousia which occurred in the days of the 4th beast terminating Daniels 70 weeks prophecy. For a better grasp of these concepts, get a copy of our book, the Re-Examination.