Countdown to the Final End or A Miscalculation? 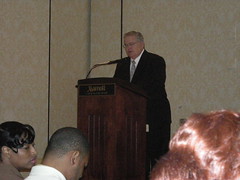 In his video posted at clipser.com, John Hagee lists 7 of his ten reasons the battle of Armageddon is imminent. In fact, two years ago, he said the coming of the Lord was so near that one could literally hear his footsteps shuffling along the clouds of heaven. Hmmm! Hold on, while I turn down my radio. Well, I’m not listening right now, and unless the FedEx plane flying over my house can be called a shuffle, I can’t hear it. Can you?  Is it a Countdown to the Final End or a Miscalculation?

Below are the seven reasons Hagee lists in the video as signs of the imminent end.