Coming on the Clouds of Heaven

Is Christ Coming on the Clouds of Heaven? 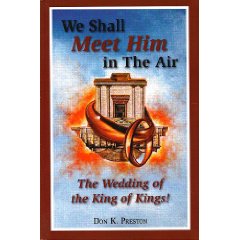 The influence of Dispensationalism and Amillennialism have persuaded many that Jesus may at any moment be seen coming on the clouds of heaven. By this they mean that his return is near and that we will see him in the air riding upon literal clouds. But is this the manner in which the Bible uses the terms coming on the clouds of heaven? Should we look for a literal descent of the Lord in the skies?

Coming on the Clouds in Old Testament Literature

We must remember that the language of the Bible is set within the framework of Jewish literature. To understand what these terms mean suggests we must be familiar with the language as used by those to whom it was originally spoken. If one does not understand the culture and background of a people it is difficult to know what they mean in a given context.

The idea of coming on the clouds is not unique to New Testament passages related to Jesus’ parousia. As Don Preston writes, “When David describe the coming of the Lord to vindicate and save him from Saul’s murderous intent, here is how he described YHWH’s actions: “He made darkness His secret place; His canopy around Him was dark waters and thick clouds of the skies. From the brightness before Him, His think clouds passed with hailstones and coals of fire.” (Psa. 18:11)
We Shall Meet Him in the Air The Wedding of the King of Kings! p. 167, Don K. Preston.

From this example, we observe that such coming on the clouds was not a world-ending event. It did not involve a literal coming on the clouds. Add to this the example from Zephaniah 1:15.  The prophecy concerns the destruction of Jerusalem by the Babylonians in 586 BC.

Notice again that the Bible depicts the coming of God in the clouds to bring about the destruction of Jerusalem. Yet God is not coming on the clouds literally speaking. A similar example is found in Isa. 19:1-2: “The burden against Egypt. Behold, the Lord rides on a swift cloud, and will come into Egypt; The idols of Egypt will totter at His presence, and the heart of Egypt will melt in its midst.”

The presence of God, literally the face of God (prosopon) would be seen in the cloud, when God came to destroy Egypt. Not a single instance involved the God’s presence in a literal cloud. This is the genre of language and apocalyptic literature from which Jesus, the apostles and Jews of their day drew upon for their references to God’s coming on the clouds.

Problems With Taking Coming on the Clouds Literally

When one views the concept of coming on the clouds literally, as though men could look up in the skies and see the Lord, they forget not only the language and examples above, but also the reasoning and logic. Consider the fact that many believe that the earth and all its elements will one day burn to a crisp. That include the clouds.

As Preston has noted, how then could anyone be caught up together in the clouds to be with the Lord forever in the air? Because of the literal yet erroneous interpretation that the world and everything in it will be burned, they leave themselves without either clouds or air. It is a manifest contradiction and shows the fallacy of such literalistic interpretations.

The Timing of Coming on the Clouds

As much as many Bible exegetes would love to, the timing factor cannot be eliminated from the discussion of Christ’s coming on the clouds of heaven. The disciples ask Jesus “when will these things be, what will be the sign of your coming and of the completion of the age? He responds by giving them answers related to the time. Consider: