The Collective Corporate Body of Christ and Personhood

Does A Corporate Collective Resurrection Body of Christ Supersede or Annul Individual Existence? 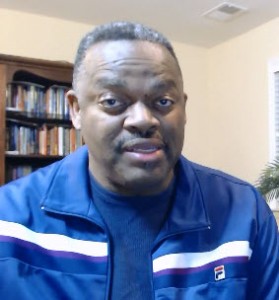 We offer the following texts to demonstrate that the corporate body of Christ does not supersede or annul individuality.

Marriage, i.e. the coming together of two people as one, is a collective corporate body.

And Adam said: ‘This is now bone of my bones and flesh of my flesh; She shall be called Woman, because she was taken out of Man” Therefore a man shall leave his father and mother and be joined to his wife, and they shall become one flesh.” (Gen. 2:23-24)

Adam and Eve were two individuals before they were married. They were male and female. After their marriage, individually they were yet male and female. They were yet two separate people as individuals. However, in the union of marriage they were one. They are a collective body or union, i.e.  corporate body in marriage. The “two” are one. Corporate unions do not rule out or annul individuality.  However, individuals do not act or should not act independent of the union or corporate body (marriage). They rather must conform to the laws of marriage by bringing their individuality in harmony with it.

The Body of Christ and Individual Members

In like manner, the church is married to Christ. Under the metaphor of the espousal, Paul wrote:

For I am jealous for you with godly jealousy. For I have betrothed you to one husband, that I may presage you as a chaste virgin to Christ. 2 Cor. 11:2)

Paul did not write to one individual in Corinth. He wrote to the entire congregation. His message was not intended for their ears only but also for all the churches of the saints as stated in 1 Corinthians 14:37.  The collective group of individuals were espoused or betrothed to Christ as one bride for one husband. Yet, their individuality was not annulled. It did not supercede the one body of Christ.

Jews and Gentiles in One Body of Christ

The mystery of the gospel brought Jews and Gentiles together in the one body of Christ.

That the Gentiles should be fellow heirs of the same body and partakers of his promise in Christ through the gospel” (Eph. 3:6) “There is neither Jew nor Greek, there is neither male nor female; for you are all one in Christ Jesus.” (Gal. 3:7)

Entrance and reconciliation in the one body of Christ did not annul the physicality or ethnic identity of the individual. Jews were Jews and Gentiles were Gentiles ethnically or nationally speaking. Paul said he became as a Jew to Jews and as a Gentile to Gentiles to win both to the gospel. Their oneness is expressed in their unity as sons of God. While they were to break down the prejudices that prevented that unity in spirit and activity in every way it hindered the body of Christ, Paul did not have them to renounce their ethnic or social orientation. Nor did he require or demand a sex change of the women or men who became one in Christ.

Their gender did not change, nor their individuality or personal identity. The oneness of which he speaks relates primarily to the right of both men and women, Jew and Gentile, bond and free to the inheritance on an equal basis. Under the law this was not the case.

The inheritance was passed down through males, to free men not to their slaves or servants, to Jews and not to Gentiles. However, in the body of Christ, they are now one and as a result, all, Jew and Gentile alike, male and female, bond and free were united as one and entitled to the inheritance of Abraham through Christ.  To make more than that of the text is to abuse it.

The Bride and the Body of Christ

Paul makes the same analogy with Christ and his Bride to be as he made of Adam when speaking of the relationship of the church to Christ.

“For we are members of His body, of His flesh and of His bones. For this reason a man shall leave his father and mother and be joined to his wife, and the two  shall become one flesh.” This is a great mystery, but I speak concerning Christ and the church.” (Eph. 5:30, 31)

In the Genesis example, above, Adam and Eve were individuals (two) who became one through marriage. Any wife will testify that her husband doesn’t always think exactly as she does. They are not the same  people. They become one through marriage and must learn to merge their individuality into the goal and ideal of that union. Even at its best, they are yet two separate individuals no matter how close they grow over the years, though joined together in one union.

Abraham, Isaac and Jacob in the Body of Christ (Kingdom)

When the Sadducees disputed with Jesus over the resurrection, he affirmed the personal identity of the Patriarchs. He said, “I am the God of Abraham, the God of Isaac, and the God of Jacob’?…” He identified Himself as the God of individuals, who were yet known by their names. Death did not annul their individuality or personhood. When he spoke of their resurrection into the everlasting kingdom, he again called them by name.

“And I say to you that many will come from east and west, and sit down with Abraham, Isaac, and Jacob in the kingdom of heaven.” (Matt. 8:11).

It appears that heaven in the afterlife is a place to meet some really cool people who have names, identities and their individuality. In addition, even the dead yet had their personality. When Saul had the medium or spiritist of En Dor call Samuel from the dead, they called him by name and he responded. The same was true when Jesus called Lazarus. He said, “Lazarus come forth. Some preachers in their humor have said, if he hadn’t called Lazarus by name, everyone in the grave would have risen!

It’s time we cleared the air on these smoke screens some are using to divert attention from the real issue. If one’s view of resurrection needs to eliminate identity, and personhood to validate it, it is an example of the weakness of that position. The Covenant Collective resurrection, i.e. the Body of Christ affirms individuality, personhood both before and after death.