Christian prophecy is a misnomer of sorts, a name used to describe prophecies of the Old Testament reiterated in the New. Yes, there are many claiming to have a prophetic gift today 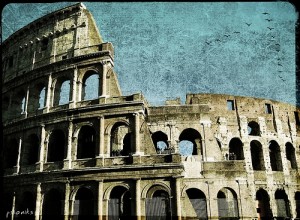 complete with the ability to foretell the future. Yet, the future or prophecy in the  New Testament was not far-sighted but near-sighted. In other words, all prophecy looked forward to that which was soon-to-come-to-pass. (Phi. 4:5; James 5:7-8, 1 Pet. 4:7, 17, Rev. 1:1-3). Shortly thereafter, (A.D. 70) the role of divinely inspired prophets ceased. There was no more forth-telling to do. What once was legitimate forth-telling became pseudo prophecy styled Christian prophecy with an altered focus from the consummation of the Old Covenant world, to the consummation of the universe involved in the destruction of the planet.

It must be apparent to the wise that something is terribly wrong with a paradigm or view point that sees the world as temporal, limited, running down as a faintly glowing wick on a burning candle.  Christian prophecy advocates are the undoing of their own desire for success and salvation. It has fostered so much pessimism, doom and gloom in the world through its dispensational, and amillennial worldviews that most people want nothing to do with Christianity and many others with religion in general.  There are some premises we must examine in this closed-in eschatological system.

Those who have adopted the dispensational mindset of prophecy wreak havoc in the political world. We have nations including many politicians and their supporters in the United States who believe that eschatology is related to physical territory and land boundaries, even if it is not on their own soil. This belief fosters an attitude and mentality of scarcity and lack. Thus, the idea is an insatiable grasp for power and control over the smaller and weaker nations. Help for other countries viewed as weak, poor and undeveloped amounts to little more than exploitation and neo-colonization. This is inevitable with the present worldview of so-called Christian prophecy and it prophets.

It is not uncommon to see widely publicized televangelists calling for pre-emptive strikes on nations. How is that the message of God and Christ? How does that expand the borders of the kingdom of God? Have they not read that Jesus said “If my kingdom were of this world, then would my servants fight, but my kingdom is not of this world.” (John 18:36). An enlightened world cannot long bear with these war-mongers who profit in death and destruction. Fresh new leadership with ingenuity and vision shaped by a paradigm of an eternal and abundant world that lasts forever must of necessity arise and meet the challenges with new innovative thinking and political world views.

The old guard has served its place, but as feudal lords of the past, they must pass from the scene giving way to men and women of a greater consciousness. Christian prophecy as it is known must die. We do not need more dismal, gloomy, dangerous, destructive, defeatism prophets, but evangelists of glory, power, peace abundance and cooperative spirits based on equality.

There is no doubt that dispensationalism and its influences deliberately sought to teach limitation and lack, even prohibition of wealth accumulation. This is such a grossly erroneous view of the Christian world in Scripture. Pictures of the kingdom are always painted with the brush of prosperity, abundance and expansion. God is without limits. Many people ask, “If Christ has come, what now?” They are so used to being told that the world will end with a fiery zapping of God’s wand that they never considered what to do with themselves in the event that this world would not end. So, learning they’re not going to be raptured off into the air to leave a world doomed to destruction is rather challenging.

It must be the case, at least from my point of view, that if this world is meant to continue without end, then it must of necessity have and be capable of producing unlimited and endless resources for all. Such a world therefore implies that everyone potentially can enjoy the same. The problem has been that only a few believed it was possible for them and sought to profit by keeping the masses poor. Christian  prophecy leads some believe it is a sin for them to have too much and others choose not to have anything as a declaration of their piety. We are all aware of certain movements in the past involving Jehovah’s Witnesses, Seventh Day Adventists and other millennial end time groups who sold, gave up, or destroyed all their possessions waiting on the end of and “endless” world.  Time and enlightened minds severely rebuked such ignorance and misguided zeal. Yet, Christian prophecy was to blame.

An eternally existing world of endless wealth and unlimited opportunity begs of its inhabitants to master acquiring of wealth not for the sake of self-indulgence only but also for the betterment of the world. A man can only drive so many cars, live in so many houses, etc. Wealth must reach out and serve the kingdom. Consider these post second coming passages. “And the nations of those who are saved shall walk in its light, and the kings of the earth bring their glory and honor into it.” “And they shall bring the glory and the honor of the nations into it. (Rev. 21:24, 26).

Christian Prophecy and the Glory of Nations

What is the honor and glory of kings and of nations? Is it not their wealth and resources? What does they do with it according to the verses? They bring that honor and glory to the kingdom in creative ways that expand life, create opportunities and foster honorable expressions to the world.

This is why more and more individuals must become wealthy to either stop altogether or nullify the impact of a few wealthy lords or governments who use their financial power to destroy and to exploit others. Doom and gloom eschatology cannot hold out such a worldview for it is rooted in lack and scarcity. Only an eschatological paradigm which acknowledges a kingdom that is present but eternal can begin to grasp what such a concept means for the world. This is not to say that only those who are versed in covenant eschatology can understand that, for others naturally reach such conclusions. The point here is that we must demonstrate to the world that such views are not anti-christian and hopefully gain back some of the respect lost by the fanatics of “Christian prophecy.”

Who wants the prospect of a business or political environment which is subject to catastrophic annihilation at any moment? Yet, that’s what the world gets from Dispensationalism,  Amillennialism and kindred doom and gloom world views. People are tired of hearing it. They shout, “The end! The end! The end! We must shout Liar! Liar! Liar! Your pants are not on fire!