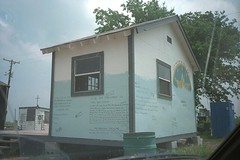 Can end time beliefs lead to death? Unfortunately, this question has already been answered. Some years ago, Branch Davidian Seventh-Day Adventsist Leaders saw the June 1967 Israeli-Arab War as a sign of the imminent end. Ben Roden interpreted Isaiah 31:5, “As birds flying so will the Lord defend Jerusalem,” as Israeli Jets which rendered Arab planes inoperable.

Here is a prime example of lifting a text out of context. God speaks about Judah trusting and seeking Egypt and their “horses” to save them from the Assyrians. However, God saves Hezekiah by destroying 185,000 of Sennacharib’s army by the angel of the Lord. See chapters 31-37. To apply this text to the 1967 war is anachronistic. It records ancient history before the time of Christ, not modern history of our day.

Millennialists See Political Events as Signs of the End

Ben Roden thought the 1967 war began a new era in prophecy. In this, both Davidian Adventists and Dispensationalists drank from the same fountain. Roden reasoned:

These prophecies were taken literally and applied to events surrounding the Israeli state. Ben Roden reportedly moved about 6 families to Palestine hoping to emmigrate the Davidians. However, the native Israeli’s rejected his prophecies of the end times. He felt disappointment.

Contrary to Ben Roden, Christ met with the apostles to open their understanding concerning the prophecies of the Old Covenant. Before he ascended, he spoke particularly of Isaiah 2:3, and the coming kingdom. For Christ, Isaiah’s prophecy involved “repentance and remission of sins” to be preached by the Apostles beginning in Jerusalem. These events began their fulfillment on Pentecost in A.D. 29.

In Antioch of Pisidia, Paul affirmed that through this Man, i.e. Jesus, he preached to them the forgiveness of sins.” (Acts 13:38). The scope of the prophecy included the Gentile mission, “to all nations” which Peter words make clear in Acts 11:18. See also Romans 11:11; 15:9-12.

The Message of Revelation written to the seven churches in Asia speaks of events which were shortly to come pass and for which the time had drawn near, (Rev. 1:1, 3, 22:6, 10). Thus, the events belong within the imminent setting of the first century.

This coincides with the church of whom Paul says had come to Mount Zion.

But you have come to Mount Zion and to the city of the living God, the heavenly Jerusalem, to an innumerable company of angels, to the general assembly and church of the firstborn who are registered in heaven….”(Heb. 12:22-24).

The Branch Shall Build the Temple of the Lord, Zechariah 6:12

Ben Roden created a logo symbolizing the Branch Davidian key ideas and beliefs. “The log was a cicular field filled with a large star of David and twelve permeter stars. The words”ensign” was written across the center, and the reference “Isaiah 11:1″ was placed under it. A plant was superimposed upon the design with three final designations: Jesse the Stem, David the Rod, and Christ the Branch (Roden 1978, 2) quoted in Armageddon in Waco, p. 32.

The Branch is Jesus the Messiah. He would build the temple of the Lord. As above, the time of building accords with the coming in of the Gentiles as we’ve already seen present in the Apostolic ministry of the first century.  See Rom. 11:11; 15:9-12, where Paul quotes directly from Isaiah 11:1 to show its fulfillment in his day. That means Christ was already building the temple.

Peter wrote of those born again, i.e. firstfruits/firstborn Christians saying they as”living stones” are being built up a spiritual house. The spiritual house is the temple. “Being built, expresses a present tense to describe action going on in Peter’s day i.e. the first century.

Paul likewise writes to the church saying they were built on the foundation of the apostls and prophets, Jesus Christ himself being the chief corner stone, in whom the whole building, being fitted together, grows into a holy temple in the Lord.” (Eph. 2:20-21).

Therefore, Christ, the Branch through the work of the Holy Spirit and the apostles were building a holy temple in the Lord.

We all know what happened on that fateful April 19, 1993, when 74 people died in a fire resulting from the disastrous assault by the Bureau of Alcohol, Tobacco, and Firearms (BATF). As we’ve seen above, the prophecies have nothing to do with a future end or the modern state of Israel.  For more information on Christ’s return in the first century see see our book