What Is Bible Prophecy? 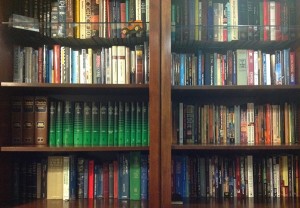 Prophetic teachings in the Scriptures, bible prophecy, falls into three main categories. Prophecy teachings of the Bible which were past requiring divine wisdom and revelation to know the truth of such occurrences. Into this category we have the Creation. We learn by divine revelation that God created the world. There were no humans present to witness the event. While archaeological finds confirm that artifacts reveal elements of the creation, no clear record was found of how and when it occurred.

The Bible, gives us this information. That is prophecy pointing backwards to reveal what otherwise could not be known by man. We do understand that the heavens declare the glory of God…” (Psa. 19:1). However, God reveals his creative work through his word in Genesis, Exodus, the Psalms, other prophetic books and the New Testament.

Current of Bible Prophecy of History

Other prophetic events were those uttered by the prophets who lived among the people. They spoke divine prophecies about events which were applicable to the every day lives of the people. These prophecies are observed during the Exodus when Moses spoke to both Pharaoh and to Israel. The events were contemporary and occurring in the moment. Such prophets and prophecies were needed to guide the people in their walk with God absent of written revelation.

They were not so much focused on the future except in the immediate future. These prophets also served the kings of Israel to help them fight the battles against their enemies and to govern their kingdom. Samuel’s work among Saul and David are example. So was Nathan. The entire list of prophets in the Bible were there to serve the current generations in which they lived.

The Third Category of Bible Prophecy Was Eschatological

These were bible prophecies yet to be fulfilled. These are what we know today as end times bible prophecy. The prophets beginning with Moses wrote of events which would occur in what the Bible calls the last days. They involve the following categories:

The above prophetic themes create most of the interest today around bible prophecy and the end times.This website goes in-depth into each of these categories. It will take some time to cover all that can be said on these themes.

Another category of prophecy is that of current events. We cannot technically refer to this as authentic or genuine prophecy. It is more news reporting and hypothesizing with a few scriptures mixed in to make it sound authentic. We realize the unpopularity of this view because many assume they are living in the last days for the events listed above to occur.

Astute Bible students will notice the shifts which have been made in “current events bible prophecy”. It has shifted from nation to nation, world leader to world leader, and event to event. The reason for these shifts is because they largely are based upon the whims of those who espouse them.

Although men have prophesied the end times since the close of the first century, the most recent craze with an imminent end began with the establishment of the Jewish settlement in 1948. Men such as Hal Lindsey, Edgar Whisenant, Harold Camping, Tim LaHaye, Thomas Ice and Jack Van Empe and many others predicated the end would come within 40 years of the setting up of the Jewish immigrants in Palestine. They viewed the event as both prophetic, and a “super sign” of the end.

They all began predicting 1988 (within 40 years or a generation in the Bible) the end would come. That was 26 years ago. Where is their “super sign”? They all have proven to be false prophets and misguided. This brings us to the last category of Bible prophecy which is alluded to in number three above, fulfilled Bible prophecy.

The endtimes or eschatological prophecies in the Bible are all fulfilled. They are no longer future. They were future when spoken to the people during the days of the prophets and the Apostles. They are not future to us. Those prophecies were fulfilled in the first century event known as the destruction of Jerusalem. Jesus predicted all would come to pass, not in 1988, but within the first century generation, the very same one in which he was crucified.

Thus, according to Christ, all bible prophecy is fulfilled. We examine these themes in more detail throughout this website and in our videos, books and other writings and recordings. Join us for the next bible prophecy update.