Baptism and Resurrection in Colossians 2 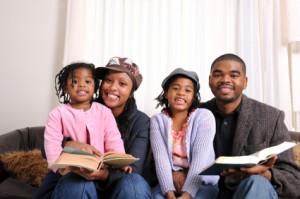 Insights into Baptism and Resurrection

In our previous study, we focused on baptism and resurrection in Romans, pointing out the eschatological future of resurrection. Common church of Christ beliefs are that baptism was both a burial and resurrection. In many of their presentations, they cite the mode of baptism as the dying and rising with Christ using texts such as Romans 6:3-4 and Colossians 2 as proof.

Putting off the Body of Flesh in Baptism and Resurrection

To baptize, per the Colossians text, involved a “circumcision made without hands.” We suggest that the body of the flesh is the same as the “body of sin” in Romans 6:5 which would be destroyed at a time future to the burial or baptism of believers. See the subjunctive and the notes from Robertson in that study. It is also important to note that they were raised not through baptism, but through faith in the working of God who raised Christ from the dead.

These verses suggest that by the “working of God” the power of the Holy Spirit is intended. Further, it cannot be denied that the believers pre-70 A.D. status was through the work of the Spirit and would both be confirmed and consummated through Him.  Those baptized into Christ had entered the last days work of the Spirit Romans 8:9-11, 23. By His power they would be raised, 1 Cor. 6:14; 2 Cor. 5;5; Gal. 3:3-7.  Note how Paul connects this work of the Spirit to the working of miracles.

Baptism and Resurrection and the Holy Spirit

Paul spoke of the “Spirit of life” in Christ as he who made them free from the law of sin and death (Rom. 8:1-2). Therefore, in light of the above, we submit that although the saints are said to be raised in Him, they received the “earnest” of life through the Holy Spirit. They were sealed with the promise of life, Eph. 1:13.

According to Galatians 3:18-21, the inheritance was life in Christ. Therefore, the “earnest of life” was a pledge of the consummation of the “eternal life” which was in Christ Jesus which subsequentially, they would receive at the Parousia, not when they were baptized. To claim they received completed or life in consummation at baptism is to claim the inheritance was entered or received at that time.

Eschatological Focus of Baptism and Resurrection

This concept of baptism and resurrection has serious implications for those who offer a biological resurrection view as the consummation of life. The only death we’ve seen in both Romans 6 and Colossians 2 has been the death of the body of flesh, i.e. a death to sin, (Rom. 6:9-11; Col. 2:11-13).

Per the Romans text, the process was incomplete and so must be likewise in Colossians 2 which speaks of the same death through the one baptism. The life promised stands over against that death, not a graveyard tomb. It is necessary for futurists and those who argue for completed salvation at the cross to address the real future of putting off the body of flesh and the future of walking in newness of life.

Baptism and Resurrection and the Law

Click here to cancel reply.
« Baptism and Eschatology in Romans 6
The Law of Moses and Colossians 2-14 »