Are We Sown In Corruption From Birth?

Are We Sown in Corruption From Natural Birth? 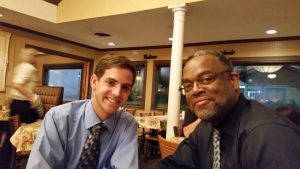 In the previous article, we established that sowing occurred in death, not in birth or creation. In this study of Are We Sown in Corruption?, we examine what corruption is in the resurrection texts and the results of being sown into it.  So first let’s define the term. Once defined, we can begin to reason from that definition and draw conclusions.

The Greek word, phthartos (corruptible) means perishable things, that which is perishing, used of metals which rust, as gold and silver, (1 Peter 1:18) contrasted with the eternal salvation through Christ’s blood.

In 1 Peter 1:23, it is used of corruptible or perishable seed, as opposed to imperishable seed of God’s word. The perishable seed is not the birth. Rather it is causal in nature, resulting in birth when it implanted in the womb of the woman. Note the language of the text, being born of, or out of corruptible seed. The birth and the seed are not the same, but are two different actions. Their relationship is cause and effect.

We could also ask, are there two sowings in corruption, one at natural birth and one in baptism? Are there two resurrections, one baptism through dying with Christ and one through natural death.

In Romans 8:10, Paul wrote, if Christ is in you, i.e. if you were baptized, the body is dead. This is a repeat of his statement in Romans 7:4, where he said “Therefore my brethren, you also have become dead to the law through the body of Christ, that you should be married to another–to Him who was raised from the dead, that we should bear fruit to God.”

Becoming dead to the law through the body of Christ was Paul’s message to the Gentiles through their baptism into Christ. Note the purpose is “so that they may be married” and from that relationship, bear fruit to God. Karprophoreomen (should bear fruit) is 1 pers. pl. aor. 1. subj. of kaprophoreo, a compound word consisting of karpos (fruit) and phoreo (to bear or bring forth). See below on the aorist subjunctive.

There is also therefore, a body of death that results from baptism. The “body of sin”, the “body of flesh” and the “body of death” are all equal to the same thing, i.e. dying through baptism and the work of the eschatological Holy Spirit poured out in the last days.

The Use of the Aorist Subjunctive In Romans 6:6.

Note that the old man was crucified with Christ in baptism that the body of sin might be destroyed or annulled. According to A.T. Robertston, “There are no past tenses in the subjunctive.”  See his A Greek Grammar of the New Testament in the Light of Historical Research, p. 824. Robertson further adds, there is only relative time (future), and that is not due to the tense at all. The subjunctive is future in relation to the speaker…” p. 848.

This means that the body of sin whose crucifixion began in baptism, had not yet been destroyed. Remember, the aorist subjunctive is future in relation to the speaker. So, when Paul uses the conjunction of purpose, i.e. that (meaning, in order that) the body of sin might be destroyed, he is speaking of a yet future time from his current perspective at the time of writing.

Another point that Robertson makes is that the aorist is not simply punctiliar action. He says it is always stated as such but that has nothing to do with the “fact” of the action. In other words, the action can be linear, as in the “already but not yet”. “So then in the case of each aorist the point to note is whether it is merely punctiliar (constative) or whether the verb-idea has deflected it to the one side or the other (ingressive or effective). It needs to be repeated that there is at bottom only one kind of aorist (punctiliar in fact or statement). The tense of itself ways always means point-action. The tense, like the mode, has nothing to do with the ‘fact of the action’, but only with the way it is stated”. ibid, p. 835. (my emp.)

In other words, Robertson (and Moulton whom he quotes on p. 832-833) both state that the aorist, though always stated as punctilear, may have linear action, meaning it can be an already but not yet covering an extended period of time. Robertson offers the following illustration from John 2:20. (This same text is cited in Dana & Mantey’s Greek Grammar).

“Forty and six years was this temple in building”. The use of the aorist in the text actually covers the entire 46 years, not one single isolated point in the past. See pp. 832, 833.

The above analysis shows that the body of sin/body of flesh is destroyed not at, but through baptism. The use of the aorist subjunctive demonstrates the action of annulment was yet future. This is why Paul also uses the real future in the same context. See Rom. 6:5.

Also interesting is the fact that some translations translate “sumphutoi” as “planted together”.  While Vincent acknowledges “planted together” is not correct, his wording indicates that such a concept is not foregin to the text. “Sumphutoi is not planted, which would be formed from phuteo to plant, while this word is compounded with sun together, and phuo to grow. Gegonamen is have become, denoting process, instead of the simple einai to be. Hence, Rev., have become united, have grown together; an intimate and progressive union; coalescence. Note the mixture of metaphors, walking and growing. Vincent’s Word Studies, Romans, p. 67

Vincent’s choice of words is striking. Note, he speaks of intimate and progressive union; coalescence. The word coalescence means to grow together or into one body. The two lakes coalesced into one. 2. To unite so as to form one mass or community, etc. The various groups coalesced into a crowd. www.dictionary.com. Thus, Vincent argues for the “corporate” body of sin put off in baptism per the language of Romans 6:5.

Robertson ascribed the already to baptism. This is revealing. Note: The conclusion to the previous condition introduced by alla kai as often and toi homoiomati (in the likeness) must be understood before tes anastaseos (of his resurrection). Baptism is a picture of the past and of the present and a prophecy of the future, the matchless preacher of the new life in Christ.” A.T. Robertson, Word Pictures In the New Testament, Romans, p. 362.

What ever meaning we assign to sumphuo, the idea of growing together after having been “buried” with Christ indicates some form of planting. So while technically, the term may not mean planting but metaphorically, the idea of planting makes perfect sense with the context. Growing is a natural result of planting any type of seed, whether, plant, animal or human.

Baptism Is the Action Through Sowing in Corruption Began

Baptism is the action through which the sowing in corruption begins. There must be a corruptible body, i.e. a body in corruption in order for that body to be sown. The body is sown when it is buried. It is buried through baptism into Christ’s death. Therefore, the body of sin, is sown when it buried into Christ’s death where it can be put to death.

Summary of Are We Sown In Corruption from Natural Birth?

We demonstrated clearly that the body is not sown in corruption from natural birth. That is the doctrine of original sin. It means the body was created sinful. It plays into the hand of gnosticism and Greek dualism. It is false.

Secondly, the body is sown when it is place where it can die. The IBV position places the body into the world where it physically lives. If the body were left in the womb, it would die. The physical body is born that it may live. See Ezekiel 16:4-6. The physical body does not die as direct result of natural birth. Rather, it lives.

Thirdly, if the body of  corruption is sown in natural birth, then there are two sowings, two bodies of corruption. This also means there are two resurrections, both operating independently of each other and once a person is baptized, both are operating simultaneously.

We’ve shown that the use of the aorist subjunctive passive was future tense from the time of Paul’s writing and that the body of sin sown through baptism would be put off at a then yet future resurrection. The writing of Robertson, Vincent and Alford confer on these points. The aorist always state the action as point or punctiliar, regardless of the “fact of the action” meaning it can be linear thus not wholly past. This is the case with Romans 6:6.

We’ve shown that the Greek describes a corporate body where the saints are buried together to form one body in Christ. This is the teaching of one body throughout the New Testament.

We’ve shown where a body of sin was being destroyed through baptism, having been crucified with Christ, which most certainly was not the physical body.

The above facts demonstrate the body of sin is not the body we put on in physical birth, but is the body put on through sin, resulting in death and separation. In the next article we’ll show more problems with IBV as we focus on the rising or resurrection of the body.

Tags: AT Robertson, Baptism, body of sin, buried with Christ, Colossians 2:11-12, IBV, Romans 6:4-6, sown in corruption, Word Pictures of the New Testament
« The Body Is Sown In Corruption When and How?
Relationship Between Sown in Corruption and Raised in Incorruption »