A Natural and a Spiritual Body 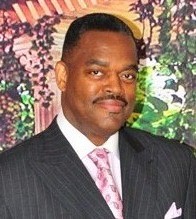 Study of the Spiritual Body

In 1 Corinthians 15:44, the Apostle Paul speaks of the contrast between a natural and a spiritual body. Today, we hear a lot about “spirituality” especially from a new age perspective. However, most people claiming to be spiritual are completely out of harmony with the manner in which the term is used in Scripture.

In fact, the way many use that term is what the Bible emphatically calls the “natural” man. There are two Greek terms used to describe these contrasts.  When these are understood, the difference between the natural body and the spiritual body becomes quite clear. While most associate spiritual body with immaterial, that is not a complete description.The first, natural is derived from the word “psychikos” from which we get our word “psyche” or psychic. On the other hand, spiritual is derived from “pneumatikos.” Contrary to many, the natural man/body is not material as opposed to a non-material spiritual body or man. The natural man is one who is guided by human wisdom and feelings. He rejects divine revelation considering it foolishness.

“But the natural (psychikos) man does not receive the things of the Spirit of God, for they are foolishness to him; nor can he know them, because they are spiritually discerned,” (1 Cor. 2:14). On the other hand, the spiritual man receives divine revelation through God’s revealed words of the Spirit.

How the Natural Body Compares With the Spiritual Body

Additionally, the Bible defines the natural man as those who separated themselves not having the Spirit, i.e. the Holy Spirit as revealed and received in the post Pentecost pre-parousia interim. The Holy Spirit given to believing Christians by Christ, (John 7:39, Acts 2:33; 1 Cor. 3:16; Gal. 3:2–5), distinguished Christians (spiritual Israel) from unbelieving or natural Israel in the flesh.

Jude wrote that those who did not have God’s Spirit separated themselves as “sensual (psychikos) people. James speaks of their “wisdom” as descending not from above (heavenly) but as earthly sensual (psychikos) and demonic, (Jas. 3:15).

Thus, in all the examples above, we see that those noted as “natural” or “sensual” from (psychikos) were not guided by God’s revelation. (This is the manner in which Paul contrasts natural body and spiritual body.)

On the other hand those considered spiritual were likewise, not immaterial as without human bodies, but were simply those who both had and were guided by the Holy Spirit. When Paul speaks of the Israelites under Moses who ate spiritual food and drank spiritual drink from a spiritual rock, he was not denying the Israelites ate real food they could taste, chew and digest. A spiritual body is not necessarily immaterial.

Speaking of the natural body in 1 Cor. 15:44, he characterizes a body which did not operate under the power of the Spirit. The natural body of 1 Cor. 15, was the Old Covenant body of Moses. Those who lived in that body or world, could not attain to the righteousness of God. As man is determined by his world, soteriologically, man could not rise above the death (separation from God’s presence) which dominated the world of Moses.

Christ’s Spiritual Body is the Church

As a direct result of baptism into Christ, Paul wrote that believers would walk in “newness of life” sharing the “likeness” of Christ’s resurrection at the consummation of the Jewish age. We walk in His spiritual body. As a result, he says, “For sin shall not have dominion over you, for you are not under the law but under grace, i.e. the spiritual body.” (Rom. 6:14)

Summary of the Natural and Spiritual Body

In summary, the natural man is one who is guided by human wisdom, void of the Spirit of God. He considers divine revelation foolishness and seeks to live by his own wisdom puffed up in the vanity of his own mind.

Discover more about Christ return in AD 70, and the resurrection and the glory of his spiritual body, get your copy of the book, The Re-Examination.

2 Responses to “A Natural and a Spiritual Body?”

Click here to cancel reply.
« Does Your Eschatology Need A Terrorist?
Three Clues to Mystery Babylon »