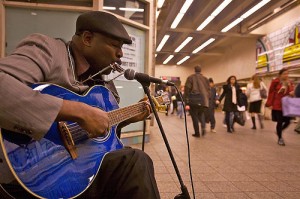 Has the 2008 Bible Prophecy prediction gone bad? 2008 Bible prophecy is a name I’ve given to another modern-day prediction gone bad. Sometime in 2007, I received a phone call from a gentlemen who wanted to introduced me to some new books on prophecy. He offered to send them to me without charge in the form of PDF files which I graciously accepted.

He then went on to tell me that these were some of the greatest prophetic writings ever produced and that I would see the events described within them come to pass the following year.

The title of the book in which this prediction is found is “2008 God’s Final Witness” authored by Ronald Weinland. I’ve never met this gentleman and have no reason to believe that he truly and honestly believes that what he has written is the truth.  However, his prophetic guitar seems to be a bit out of tune and therefore he’s playing in the wrong key and is out of rhythm with the Bible prophecy timing.

However, God warns us to test the spirits to see whether they are of God because “many false prophets have gone out into the world,” (1 John 4:1).

“‘But the prophet who presumes to speak a word in My name, which I have not commanded him to speak, or who speaks in the name of other gods, that prophet shall die.’

And if you say in your heart, ‘How shall we know the word which the Lord has not spoken?’–

When a prophet speaks in the name of the Lord, if the thing does not happen or come to pass, that is the thing which the Lord has not spoken; the prophet has spoken it presumptuously; you shall not be afraid of him.” (Deuteronomy 18:20-22)

Now, let’s get the prophecy clearly before us to examine. It doesn’t require any special skills or gifts, but only the ability to read, observe, and apply a dab of common sense.  Here is the direct quote from the last page of the book.

“By the fall of 2008, the United States will have collapsed as a world power, or it will have begun its collapse and no longer exist as an independent nation within six months after that time.” (2008, p. 244).

The pseudo bible prophecy published in the Summer of 2006 stands as a witness against itself. Has the United States collapsed as a world power? We are well past the six months time frame of the prophecy since the Fall of last year.  That would have placed the prediction’s fulfillment around late March or early April.

Let’s be kind to him and give him till next year, but don’t hold your breath.

The Real Issue of Bible Prophecy

Even if the United States had collapsed, this would not qualify as a prophetic prediction of Scripture. It’s out of date and way past the chronological setting of predictive prophecy in the New Testament. Everything has to remain in context.

The prophetic events of the N.T. were all to occur within the lifetime of those living in the days of Christ. “Assuredly, I say to you, this generation will by no means pass away till all these things take place. If Mr. Wienlands prophecy were true, it would make Christ a liar. On the other hand, if Christ’s prophecy is true…well, you know the rest.

For a better understanding of end time bible prophecy, see the Re-Examination by the author.  Check out more studies on bible prophecy on our video and audio page under media.