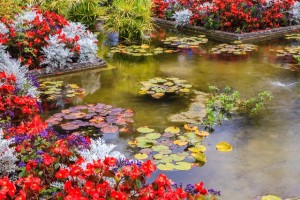 We’ve examined the relationship of Adamic death in Genesis showing the death of Adam was sin-death based upon the context of Genesis two and three. This definition and exegesis supports the nature of death found in the teaching of the Jewish festivals. (See our earlier studies on the firstfruits).

In this study, we examine the New Testament language to see if it supports our conclusions on Genesis chapters two and three.

Paul discusses the role of men and women. In so doing, he appeals to the creation and fall. He gives two reasons for man’s leadership in the church. Let a woman learn in silence with all submission. And I do not permit a woman to teach or to have authority over a man but to be in silence. For Adam was formed first then Eve. And Adam was not deceived, but the woman being deceived, fell into transgression.

These verses are taken directly from Genesis. They give an accurate accounting of the historical record. Adam was formed first. That is Genesis 2:7. Eve was formed from Adam’s rib. For this reason, Adam was the designated spiritual leader. God expressed this by giving Adam the command in Genesis 2:16-17. The implication and necessary inference is that Adam had to teach Eve the commandment of God, so that she would obey it. She was formed after it was given.

In like manner, and for this reason the woman was to learn in silence with submission.  She was not permitted to teach or usurp authority over a man.

Secondly, Paul says Adam was not deceived, but the woman being deceived was in the transgression. This is the second reason he gives for man’s spiritual leadership. But, the point of focus for this text is what Paul defines as the result of Eve’s deception.

And since Adam followed his wife in eating, he too fell into transgression.

We now turn to another textual commentary on the Genesis account found in Romans five. It is a direct parallel to 1 Cor. 15:21-22. “Therefore, just as through one man sin entered the world, and death through sin, and thus death spread to all men, because all sinned–(For until the law sin was in the world, but sin is not imputed when there is no law. Nevertheless death reigned from Adam to Moses, even over those who had not sinned according to the likeness of the transgression of Adam, who is a type of him who was [lit. is about] to come. (Rom. 5:12-14).

Here again, we see the connection with the death in Genesis is sin.

Stay tuned for the next part of our study as we examine time statements which support all that has been stated. In other words, the time limitations for the events in 1 Corinthians 15 will assist us in determining the nature of the death.